Instead of the lighter look at Canadian life that we've come to expect from Todd Babiak, his new novel is a gritty crime story set in France. This seems like an abrupt departure for an author known for humorous, satirical novels such as The Garneau Block, Toby: A Man and The Book of Stanley. However, the stretch is not as far as it first seems. If satire is a way of using humour to expose a truth, Babiak's new novel Come Barbarians is a dark way to do the same.

The plot comes with enough action to be straight from the script of a Hollywood thriller. At the beginning of the novel, we find Christopher Kruse grieving after a horrific accident. Slowly we learn that Kruse has moved from Toronto to the south of France with his family. He looked after his young daughter, Lily, while his wife, Evelyn, worked for a man who was vying to become the new leader of a right-wing political party, the National Front. After Lily is killed by a drunk driver, Evelyn goes missing. Kruse must draw on his former life – as well as dredge up guilt from his past – to find her. The story follows his attempt to find his wife and uncover the truth about the accident.

Kruse's life story is not easy. As a child he broke with the pacifist beliefs of his Mennonite parents, who died tragically when he was a teen. He became a high-end bodyguard and did things that haunt him. Can a person transform after a life of violence? As Kruse searches for answers, he is drawn into a vast web of corruption that involves rogue Russians, a Corsican crime family and the complex politics of France, but this is where the novel holds more than your average thriller. Babiak's biography points out that he has recently spent long periods in France and it shows. For a tourist, it is hard to understand how a country filled with postcard beauty and fuelled by pain au chocolate can produce racism, corruption and the National Front. With an outsider's eye, the author captures the contradictions of the country and shows that these are not separate, but different sides of the same place. Kruse's personal quest is mirrored in a larger political question about corruption: How can a country change?

If Babiak's time in France was spent observing the politics, he must have also taken time to soak up the fiction, or at least the same elements that have influenced writers from the region. Come Barbarians bears resemblances to the Mediterranean noir that has come out of the south of France, most notably Jean-Claude Izzo's trilogy that includes Total Chaos, Chourmo, and Solea. These novels tend to be focused around the idea of political change, see crime as a driving force in society and have a fatalistic acceptance of the limits of humans. The main characters, like Kruse, are flawed and on a search for truth or justice.

For a reader to believe in a story, a character must have a convincing reason to continue on a journey. Noir fiction and some thrillers put extra pressure on the writer because of their bleak outlook – if society is inevitably corrupt, humans are limited and crime is inevitable, why wouldn't the character simply give up? Izzo, in his trilogy, gives us one answer in his main character, an ex-cop named Montale. He a child of immigrants who wants to carve a place for himself in the place where he is from, "we were all the children of exiles. …We had nothing to lose, because we'd already lost everything." His identity creates his reason to make choices that will bring harm, but he has to try. There is no other choice.

It is in answering this question – why should he continue? – that Come Barbarians has difficulty convincing. Christopher Kruse has followed his wife to the south of France in a bid to save his marriage. As a new arrival, it never feels like he has much stake in the country. After the accident, he has lost the love of his life, his daughter Lily. Lily's death could be a motivation for revenge, but Kruse is self-reflective and clearly knows that vengeance won't bring her back. He develops a platonic relationship with another woman and child that become a sort-of surrogate family, which seems to undermine the desperation of the search for his wife. About midway through the story, a gendarme offers a solution: "Go home, Monsieur Kruse." Given the harm he is causing and that French politics were of marginal interest, a reader may ask the same. From there, plotted points and explanation are needed to keep Kruse going. A reader can see the author's hand twisting the plot. While never boring, this leaves this story feeling slightly flat.

For those readers who care most about twists and turns, this novel will thrill. The message at the core of the novel is less fatalistic than that of a Mediterranean author might be. In the end, this story shows that love can transform us. And this brings us to the connection to Babiak's previous novels. Though this is a much darker tale, he is still using the same observant eye to create fiction that searches for personal and political truth. Light and dark are two sides of the same writer.

Claire Cameron's second novel, The Bear, will be published in February, 2014. 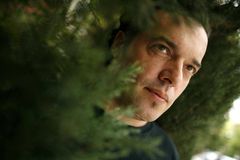 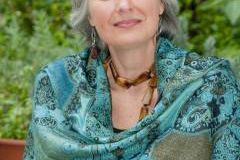 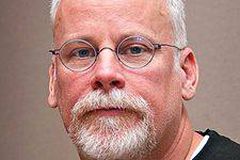