Amy Tan's The Joy Luck Club established her as a bestselling author in 1989. Since then, she has written five novels, including her most recent, The Valley of Amazement. Here, she reflects on the influences that have shaped her as a writer.

When I was in college the first year that I switched to be an English major, I tried to write like Tennessee Williams. That was about the only time I really imitated in a voice, using that vernacular. But I tried to imitate what I imagined to be a New Yorkerish type of story. And none of the characters were Chinese. I sent it to a friend who had a friend at a literary magazine and the comment came back, "Somehow, it didn't feel authentic." I didn't know what that meant, but I said, "Oh, just give it up, you're never going to be published, just write what you want."

Which perhaps unexpected book(s) share a commonality your new one? What would you think of as its distant cousins?

By subject matter, people have said, Memoirs of a Geisha, and I can see that very clearly… I'm not elevating myself to the level of classics like Anna Karenina or Madame Bovary but to me, it has more in common with stories about women like that who had, they thought, a certain destiny and they could make choices and that it would lead their way, and it led to mistakes.

Who do you wish were more influential?

I have a friend who is a wonderful writer and his work is read in Europe but not really here. I think, why is that, that we have a cultural divide in literary appreciation? Is it because he's from Lebanon and he writes about war and the Middle East? So I would love to have a writer that is more widely embraced by people universally. And perhaps people would say Khaled Hosseini is the one who unifies people the most, because he is read, actually, all around the world.

I love Richard Ford's sentences. They seem so casual. In one respect, they sound as if he's simply thinking aloud, working it out. Contemplating. And it comes out and it has a deep sense of familiarity in all parts of it, so you think the story is about him, but it can't be. I love the sentences in Louise Erdrich's books. They have a power to them, in many voices – she can write so many different voices. Nabokov, of course. Read it just for sentences: Lolita. One of my favourite lines is his parenthetical remark "picnic, lightning." I love that line because the imagery is huge in those two short words. Also the sense of this very repressed person talking about one of the most traumatic moments of his life, and the parentheses means, so unaware. All contained in two words in parentheses. I love that. I love the sentences of Jamaica Kincaid and also Amy Hempel. I think what I like is sentences that start out not being very ornate – exception of Nabokov – and rope you in. They seem to be calm on the surface and they have a lot of energy and even violence underneath.

If I were to read a voice I really loved, I would be in trouble. That voice would seep into me. And it would either make me want to be that voice, or I would suddenly be unmoored and feel that I shouldn't be writing.

It's not just the language of it. Some stories, there's a sense of importance. I remember when I read [J.M. Coetzee's] Disgrace, I felt, why should I write? People should all just read these books.

Author Diane Setterfield: ‘We’re ourselves, for good or ill’
January 3, 2014 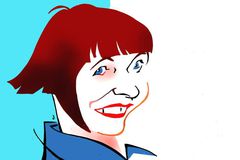 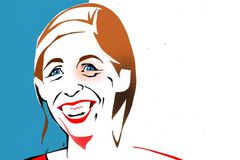 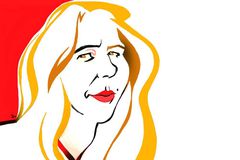 Which writers influenced Jonathan Lethem? ‘You’ve got to be into old, weird books’
November 8, 2013 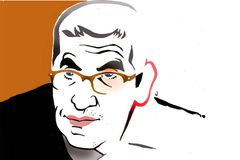 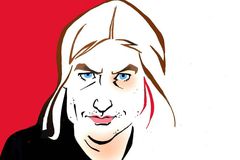