Never exploitative or sensationalizing, Next Year, For Sure is a lively yet sensitive novel that examines both the possibilities and struggles inherent to loving beyond typical constraints. While Zoey Leigh Peterson certainly doesn't gloss over any challenges when it comes to polyamory, she does ask readers to confront their own beliefs, biases and judgments, which, after all, is exactly what great and relevant literature should do. Peterson's debut novel invites readers to examine what a couple can potentially face when they make the decision to open up their relationship, and their lives, to another love.

When Kathryn's long-time boyfriend Chris goes on what is described as a "non-date" with Emily, Kathryn spends some time alone at home going over the implications of their new relationship dynamic. Kathryn has consented to – even enthusiastically encouraged – her partner pursuing another woman, but when she finds herself watching "a toxic amount of sitcoms" and pacing around the apartment, waiting for him to return, she feels some natural doubt.

"Somewhere Chris and Emily are enjoying their time together. Kathryn can afford to be happy for them. That feeling exists inside her, like a seedling poking through the dirt." This idea is a simple one, but as Peterson goes on to reveal, people are exceedingly complex, as are their feelings around monogamy, jealousy and the concept of fidelity.

With this energetic, fast-paced debut, the author has taken an empathetic and open-minded look at a couple who have made the conscious decision to define relationships outside the dictated status quo. It is a thoughtful, warm meditation on what it means to love, querying our widespread cultural reluctance to expand our definitions beyond traditional narratives and typical pairings.

Chris and Kathryn are in no way painted as a couple who is lacking, broken or needing to fill a void – in fact, quite the opposite. Their nine-year connection is one forged from deep respect and understanding, their coupling one that employs secret coded language and enjoys incredible comfort and intimacy. While the addition of Emily does require them to ask important and hard questions of themselves and each other, it also enriches their lives, revealing more about their deepest feelings than they initially imagined.

Throughout the novel, the reader is given insight into both Chris and Kathryn's mindsets as this new phase of their relationship unfolds. At one point, Emily asks Chris what it is he wants, and he pointedly replies, "I want not to be an asshole." At another, Kathryn realizes Emily has become her best friend. The path of the prose functions much like the human mind in action – second-guessing, re-examining and reassuring as the plot clips forcefully along. "You figure out the right thing to feel, and you make yourself feel it," Peterson writes, underscoring how both inner and outer forces mould our core perspectives. It often seems Chris and Kathryn are driven not solely by their wants, but by a deep-seated need to make each other happy, whatever the cost, and their journey in doing so is documented with both humour and thoughtfulness.

One of the more interesting points in the book is underscored by contrasting Kathryn's lacklustre social group with the introduction of Emily's inviting (if offbeat) communal home. While Kathryn's friend Sharon, and later the women who gather for her bachelorette party and wedding, gleefully judge and deride the very idea of Chris seeing another woman – even pity Kathryn for it – Emily's home and "her people" become a welcoming place of refuge. While Sharon cruelly implies Kathryn is rubbing her "sex orgy" in people's faces, Emily's world is full of music and kindness, her housemates offering a sanctuary away from the judgment she feels from those who claim to support her. Emily and her friends are rendered with an obvious feel-good vibrancy, emphasizing the increasing distance Kathryn feels from those who cannot accept the life she and Chris have chosen – regardless of how happy they assert they are.

Having said that, there's nothing prescriptive about Next Year, For Sure. Peterson doesn't assert that any relationship or living situation is more valid than another, nor does she valorize or demonize particular characters to press the reader into making specific judgments. What she does do is emphasize the importance of affection and human connection in all its various configurations, and subtly condemn any cultural judgments that ultimately prevent them. The argument here is less for the validity of one relationship or another, and more for kindness and respect, while still looking closely at one's own comfort levels.

It's all too easy to fall in love with these characters as they messily fall in love with each other, and to empathize with their desire to be true to themselves without harming the people they care so deeply about. Life is so often about finding the balance between our own fulfilment, and a vital respect for the needs of others, and Next Year, For Sure articulates this conflict with innovative grace and candour. And though it may be easy for some to criticize those who choose to love outside of typical monogamous structure, Peterson has, with a light hand, offered a robust look at positive alternatives.

Stacey May Fowles is a regular contributor to The Globe. Her new book, Baseball Life Advice: Loving the Game That Saved Me, will be published in April.

Book Review
John Chipman's Death in the Family, reviewed: A book to help us remember
March 3, 2017 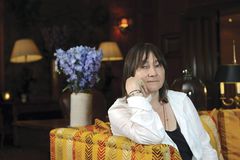