Walking into a children's clothing store these days is an experience sure to depress any feminist. Apparently, modern girls can only wear pink, purple and orange whereas today's boys will go naked before they don anything that doesn't feature camouflage patterns or sports logos.

A trip to a big bookstore is a lot less aggravating. Sure, the teen fiction is obviously aimed at girls with dewy-eyed heroines or sexy vampires staring from many covers. And who do you expect would read The Summer I Turned Pretty? But the other shelves are filled with material for children of both genders and all ages. Artemis Fowl. Harry Potter. The Wildwood Chronicles.

Perhaps that's why the decision by a British book editor to stop reviewing any children's fiction that is clearly marketed to only one sex has exploded like a bombshell amongst her readers. "I promise now that the newspaper and this website will not be reviewing any book which is explicitly aimed at just girls, or just boys," Katy Guest, literary editor at The Independent on Sunday, announced on the weekend. On the website, there follows a long series of outraged reactions.

Guest's decision is inspired by a British campaign called Let Books Be Books, a recent push to get publishers to stop labelling products such as activity books and series books as "for girls" and "for boys." According to The Guardian newspaper, Usborne, one of the companies named in the campaign and the publisher of the pink and blue colouring books featured in its catchy image, said it was about to discontinue those products for just that reason.

The problem isn't imaginary, although it is much more pronounced in children's toys. (The books campaign is merely an off-shoot of Let Toys Be Toys.) There are whole pink aisles at Toys R Us where the mothers of boys need never venture and great displays of red-and-black exploding things that the girls will just cruise by. Lego gets top marks for a catalogue of building sets that includes houses and camper vans as well as police stations and trucks, and for gradually including more women in its mini figure sets. On the other hand, its Friends line undoes a lot of that neutrality because selling pink-and-purple sets obviously aimed at girls suggests that girls should not be playing with all the other sets. Similarly, the makers of the Angry Bird video game destroyed their social credibility when they added a pink bird with long eyelashes to the lineup. Not only had they just informed female players that their neutral characters – all those blue, red and yellow birds – were actually male, they has also told them that female creatures can generally be recognized as rare, exotic and sexy.

It's enough to make many a parent pitch a hand-held device across the living room, but should we be throwing a few books after it? Guest's decision not to review a whole category of books is not, as some of the commentators insisted, censorship. She's a book editor; she gets to pick what books get reviewed, and one would imagine that most of the heavily gendered series she is talking about would not have appeared in her pages anyway. Most quality newspapers are not making room for reviews of Sweet Valley High let alone colouring books.

Still, silence is not really a solution. If you don't ever review the Thea Stilton series, a pink-covered spinoff from the successful Geronimo Stilton series (about the adventures of a literary mouse), you never get to discuss why targeting the stories about the female character exclusively at girls is an offensively limiting move. Old media still largely ignore the genre fiction, video games and animated franchises that make up our kids' daily diet in favour of literary fiction and movies for grownups; we need to write critically about youth culture more often, not less.

Also, it is not just children's book publishers who find pink and blue to be reliable categories if you want to make a sale. No points for guessing who will be buying the titles stacked on the book-club table during the spring promotion at Chapters/Indigo: it's advertised with a pastel-coloured poster featuring flowers and a stack of books that includes titles such as Where'd You Go, Bernadette and The Lost Girls. Does Guest have a policy on chick lit? 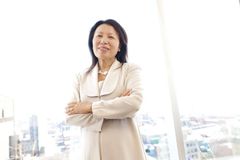 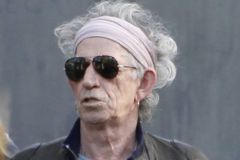 Book Review
Three young-adult novels that the kids should know about
March 7, 2014 When characters outlive their authors: How we breathe new life into old books
March 7, 2014 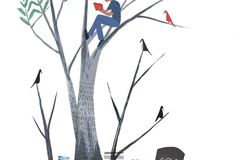