It is a Canadian lawsuit launched by online debate on the other side of the world – and a case that may crash into the language barrier between Chinese and English. The allegations of copyright infringement against Gold Mountain Blues, a family saga about Chinese immigrants to Canada originally written in Chinese by Toronto author Ling Zhang, have been both created by and complicated by global communications.

Three Canadian writers filed suit last week against Penguin Canada's parent company, Pearson Canada, alleging that its newly published English-language edition of Gold Mountain Blues infringes their copyrights. Wayson Choy, Sky Lee and Paul Yee are suing for $6-million, saying Zhang's book contains numerous elements copied from their work, including characters, plots and descriptions. Their statement of claim, which contains allegations not proven in court, gives several examples of similarities, including the story of a disfigured railway worker who saves his foreman from death, which appears in Choy's 1995 novel The Jade Peony; the story of a Chinese man rescued by a girl of Chinese-native heritage, which appears in Lee's 1990 novel Disappearing Moon Cafe; and the story of a Chinese boy rescued from bullies by his white employer, which appears in Yee's 2004 young-adult novel The Bone Collector's Son.

In a statement posted on its website, Penguin Canada calls the accusations baseless and unwarranted, saying " Gold Mountain Blues shares only a few general plot similarities with the other works, and those similarities reflect common events and experiences in the Chinese immigrant community." Penguin has until Nov. 24 to file a legal statement of defence.

The publisher will not comment beyond the message on its website, but in an e-mail interview Zhang herself says, "I have not copied other authors' works to create Gold Mountain Blues and I stand firmly with the authors against any act of plagiarism. Gold Mountain Blues was a huge project involving years of research and several field trips to China and western Canada."

She added that the idea for the book first came to her when she encountered abandoned Chinese gravestones in a Calgary cemetery in 1986, and that some of its plot was inspired by interviews she conducted in Canada and in China with the descendents of overseas Chinese labourers.

The plaintiffs, however, dispute the idea that their stories reflect common experiences.

"It has to do with respect for our families who lived through this," says Choy, whose Jade Peony was inspired by his family stories. "I have benefited from their sacrifices. Their stories are not clichés. They are not common. It's insulting ... These stories are unique to my family."

Choy and his fellow authors were alerted to similarities between their work and Zhang's by phone calls and e-mails from media in China after Gold Mountain Blues was published there in 2009. Yee says Robert Luo, a Chinese-language blogger who divides his time between the two countries, was key because he knew both languages, but the Canadian writers, who do not read Chinese and whose English-language works have yet to be published in China, are still unsure how they became a source of such attention in the Chinese blogosphere.

"There seemed to be different voices coming from the literary community," Yee said. "I think they were concerned about alerting us; they felt sorry for us because we were out of the loop." Coincidentally, all the writers are soon to be translated into Chinese as part of a Canadian literature series to be published by Nankai University.

The case, which will be determined by Canadian law, surfaces at a time when there is increasing debate in China over what constitutes plagiarism. On the one hand, the country has a poor international reputation when it comes to respecting copyright law; on the other hand, the Chinese blogosphere is a source of vigorous discussion of the issues.

"The Chinese are gradually becoming a nation that produces rather than simply uses intellectual property," says Joseph D'Cruz, a professor at the University of Toronto's Rotman School of Management who specializes in issues effecting international competitiveness. "Those blogs are a symptom of that new attitude towards the need to protect intellectual property but [the Chinese]are still very far away from the situation we are in in Canada."

In any case, criticisms of Gold Mountain Blues in China will not be enough to prove copyright infringement in Canada, warns one Canadian copyright expert.

"People are talking about plagiarism: That is not the concept that applies under the Copyright Act," explains Toronto lawyer John McKeown, author of Canadian Intellectual Property Law and Strategy. "The author has the sole right to reproduce a work, or any part of it in any form. That is the test that has to be met: Copyright does not really extend to the ideas ... you have to have the same words in the same sequence."

McKeown points out that when authors Michael Baigent and Richard Leigh sued Random House in 2006 in Britain (where the law is similar to Canada's), alleging Dan Brown's The Da Vinci Code infringed their copyright because its plot is based on their non-fiction book The Holy Blood and The Holy Grail, they lost.

The same year, however, the U.S. publisher Little Brown recalled Kaavya Viswanathan's How Opal Mehta Got Kissed, Got Wild, and Got a Lifewhen it emerged that many passages in the book reproduced almost word for word passages in popular novels written by Megan McCafferty.

Proving similarity of expression between Gold Mountain Blues and the other works may be particularly difficult since the English text is a translation of a Chinese one.

These legal hurdles are one reason another author who sees similarity with her work chose not to join her colleagues in the lawsuit. Denise Chong, author of The Concubine's Children, a 1994 novel based on her family history, said she was shocked by the similarities between the stories of her grandmother and mother and plot lines in Gold Mountain Blues, but did not want to see discussion reduced to legal arguments.

"It is not getting at the issues," Chong said. "It is an ethical issue, which is huge and, in the Internet age, it is about promoting that idea in China."

The Concubine's Children is included in a list of research materials cited at the end of Zhang's book, as is Yee's Ghost Train, a picture book for children. Apart from Yee's one title, Zhang says she has never read the plaintiffs' works because she concentrated on non-fiction for her research.

Chong's situation is particularly awkward because Penguin Canada is also the publisher of The Concubine's Children. She said that if she receives no response to two letters she wrote pointing out the similarities, she will ask Penguin to let the rights revert to her.

Like the plaintiffs in the lawsuit she chose not to join, Chong wants an answer from Penguin Canada about what steps it took to compare the books before publishing the English translation.

All the authors have been told that Penguin had asked a third party to make an independent comparison of their works and Zhang's, but say Penguin will not show them that report nor explain whether it is separate from a report they were told was actually prepared by the book's U.K.-based translator, Nicky Harman, who they believe would not be able to make an unbiased assessment, and who is also named in their suit along with Zhang.

"We want to see the evidence and we will apologize if we are wrong," Choy says. "We don't like this ... I react with anger, but some of us have reacted with tears."

Of loyalty and PMO plagiarism
November 25, 2009 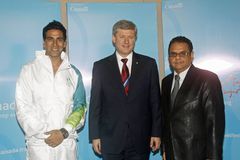 Recipe for disaster: An editor, plagiarism and a non-apology
November 5, 2010
Tory campaigner resigns over plagiarized speech
September 30, 2008
Follow Kate Taylor on Twitter @thatkatetaylor
Report an error Editorial code of conduct
Due to technical reasons, we have temporarily removed commenting from our articles. We hope to have this fixed soon. Thank you for your patience. If you are looking to give feedback on our new site, please send it along to feedback@globeandmail.com. If you want to write a letter to the editor, please forward to letters@globeandmail.com.
Comments