The biggest literary mystery in Scandinavia is not the fate of Stieg Larsson's last manuscript. It's not even how many dead bodies will pile up by the end of the latest bestseller by Jo Nesbo, the Norwegian crime-writing king who recently sold the film rights for his international bestseller, The Snowman, to Martin Scorsese.

The real mystery is how a 10-year-old first novel by little-known Canadian writer Lori Lansens ended up as the second-best-selling work of fiction in Norway last year. Even many Norwegians are mystified by the success of Rush Home Road, a historical drama set in a Southwestern Ontario community founded by runaway slaves. "I've spoken with many, many journalists there and they all ask me why," Lansens said in an interview from her current home in southern California. "I wish I had an answer."

Whatever the answer, the facts are clear. " Ukgent suksess," the Norwegian daily Dagbladet marvelled in a full-page feature on Lansens. Unknown success: "Only Jo Nesbo has sold more than Lori Lansens."

Yann Martel was still unknown, and Life of Pi was not yet a success, when it was first published in Canada a decade ago. Only after a re-edited version was published in London, and subsequently nominated for the Man Booker Prize, did the novel go on to become an international sensation.

Although the ongoing economic recession has somewhat dampened the bull market for Canadian fiction abroad, foreign readers can still play a decisive role in the fate of many Canadian writers. Lansens herself sold another 300,000 books in Britain – this time, of her novel The Girls – following an appearance on a popular chat show there.

More recent beneficiaries of success abroad include Toronto mystery writer Linwood Barclay, who managed to forgo an apprenticeship in the domestic market to become an instant star on the international scene with his crime books; and former Saskatchewan technologist Alan Bradley, whose Flavia de Luce mystery novels (named for their 10-year-old heroine) currently epitomize life in a cozy English village for hundreds of thousands of non-English-speaking readers.

"Different authors become big in different countries," notes Toronto literary agent Denise Bukowski, who represents Lansens, Bradley and Lyon. "Somebody who might be quite obscure here will have a large following in France or in Italy." Case in point: Vancouver writer Anosh Irani, whose second novel, The Song of Kahunsha, is "a huge bestseller in Italy," says Bukowksi, adding that it has also sold 60,000 copies in China.

Perhaps no Canadian author exemplifies the discrepancy better than Toronto's David Gilmour, who sold a respectable 12,000 copies of his 2007 memoir, The Film Club, in Canada – followed by almost 250,000 copies in Germany and 100,000 in Brazil. Gilmour's international success is such that his current novel, The Perfect Order of Things, was commissioned by his German publisher and appeared in a German-language edition six months before a Canadian "translation" appeared.

Such pleasant surprises for Canadian authors are less common than they once were, despite what may seem to be impressive sales of foreign rights. Foreign publishers can acquire those rights cheaply enough that postponing or even cancelling a book's publication is always feasible – and increasingly likely today, according to Bukowksi.

And once a book is translated and published in a foreign country, the chance is slight that it will sell enough to generate royalties for its Canadian author. "I know I'm crazy," acknowledges Bukowksi, one of the few literary agents who maintains a keen interest in foreign markets. "A lot of these deals are $500 deals. The authors love it, but it's not [always]making a lot of money."

Still, pursuing them yields interesting cultural insights. Noting that Bradley has yet to achieve the same success in Britain as he has on the Continent, Bukowski says that "most countries don't like foreigners writing about their territories." Still, she says, Europeans will lap up anything set in countries their own nations once colonized. "The French like novels about Vietnam but not necessarily Japan," she says. "In England, you can sell anything on India or to do with Indians."

Other national tastes are more mysterious. "Women's fiction doesn't do well in Spain," Bukowksi notes, suggesting why she has failed to interest publishers there in Lansens. Meanwhile, she says, "Stories that are very dark, you can't sell in Italy." Judging by the comments she has read on her own website, Lansens speculates that the appeal of Rush Home Road to Norwegians may be due to its Canadian setting and historical themes. "That sort of makes sense," says the author.

Toronto literary agent Dean Cooke agrees that "there's always been a kind of connection between Scandinavia and Canada when it comes to fiction." Still, he adds, the international appetite for Canadiana isn't limitless. "The common wisdom 20 years ago was that Europeans liked reading about the rough-and-ready Canadian landscape," Cooke says. "If that ever was true, it doesn't seem to be true now."

The reality is more complex, he suggests. "There tends to be a desire to read about places that are different but not incomprehensible; they're familiar on some level, but they're new." Current taste is for accessible novels with strong, propulsive plots. "It's definitely tougher," he says, "but the right book will still work outside Canada."

Esi Edugyan's Giller-winning Half-Blood Blues might seem like a natural fit for readers in Germany, where much of the novel is set. But the book, which deals with the persecution of black jazz musicians in prewar Berlin and occupied Paris, breaks several unwritten rules, according to Cooke: It presumes to tell Germans about themselves; it is set in era "they are rather tired hearing about"; and it addresses themes they would prefer to ignore.

"Western Europe is more resistant to novels in which race plays some component," Cooke explains. "We will often be told, 'Well that's interesting, but we don't have a race problem in Germany or the U.K.' "

The fact that she is on track to sell 100,000 copies of her novel right here in Canada will no doubt console Edugyan considerably should Germans shun the translation due to be published this spring. And, of course, if all else fails, there's always Norway.

The Quebec "Nobel" goes to novelist (and ardent separatist) Victor-Lévy Beaulieu
May 3, 2018 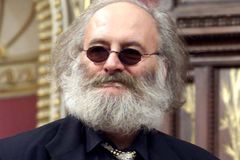 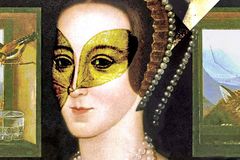 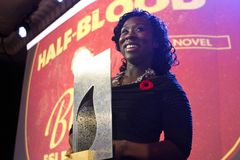