You know where Canadian literature is excelling? In its poetry. There hasn't been so much challenging work around – so much that is playful, amusing, dazzling or simply exasperating – for as long as I can remember. Some of this has to do with a new generation of tough-minded editors, some of it has to do with the fading of a certain kind of weepy folksiness, and a lot of it has to do with the Internet. Quite simply, it is easier to read and share poems now, and people are actually doing it.

Exhibit A: The Walrus magazine, a general-interest journal that bravely publishes poems every month, has been spreading the word online about their "readers' choice" competition. They asked for submissions of individual poems, then their poetry editor, the truculent Michael Lista, selected his five favourites (blind – that is, he saw no names). Lista has posted the five finalists and is asking for a public vote on the best. (You can vote at the Walrus's website; voting ends Sept. 30.) The winner gets $1,000. More importantly, the poem will be widely linked to and forwarded, which means it will be read, unlike prize-winning poems of my youth.

Also unlike the prize-winning poems of my youth – which tended to be about aurora borealis and the great noble sorrow of being descended from rugged settlers – the ones selected for this shortlist are amazingly, some might say frustratingly, dense and intellectual. They are not about birds. (Well, only one is.) All of them contain at least one utterly cryptic and barely grammatical conglomeration of words, as if the goal of the best poetry is to flirt with the nonsensical, to see if some suggestions of meaning – maybe just some mood or personal association – will be sparked by the centrifugal force created by a bunch of words wildly spinning together. "We leap magpie flat-footed, shriek obsidian/ disbelief tidings," writes Stevie Howell, for example. Obsidian disbelief tidings aren't things I'm familiar with or can picture in any way, but then I think in a frustratingly direct manner.

You may say that the Walrus editor's taste is narrow and exclusive, and you'd be right, but interestingly, an interest in learned and difficult poetry – poetry that's just on the line between the lyrical and the full-on experimental – is advancing on several fronts in this country. The choices of finalists for the two Griffin prizes this year – the Canadian and the international prize – were mostly of the sort who play with language as plastic material rather than those who see poetry as a confessional form of sort-of prose.

I ran a poetry reading series in Toronto in the early 90s, so I can compare eras with some accuracy. I remember a great deal of regionalist-nationalist stuff, a lot of nature and a conversational tone. Al Purdy was its patriarch. That kind of thing is now firmly out, and a new breed of stern, impatient editors is reshaping our taste to something more highbrow and international.

One of these, a Montrealer named Carmine Starnino, has single-handedly done a great deal toward effecting this purge. He runs, among other things, a blog for Vehicule Press, on which he publishes a poem of his choosing weekly, selected from recently published Canadian collections. He is, like Lista, a combative tastemaker. He has just guest-edited the annual anthology, Best Canadian Poetry 2012 (Tightrope Books). There is already a lot of buzz about Starnino's book of essays about poetry, Lazy Bastardism, that will be published next week. In it, he argues that Canadian poetry has entered a "steampunk zone," neither formally avant-garde nor nostalgic, a zone "populated with lavishly anachronistic, retro-futuristic inventions – all creolized, vibrant and often intricate."

Every time Starnino posts a poem on his blog, I see about a dozen references to it in social media. It just magically appears on my screen a dozen times. It used to be that if we wanted to see a poem, we would first have to decide that we did (a rare thing for most), and then decide what kind we wanted to see, and then go and seek that out, in a library or in an obscure bookstore. And good luck to you if you didn't live in a university town. And now poems just appear before you, in the mixed daily stream of media, alongside the news from Syria and the latest Lady Gaga video. They actually compete with those things. I would hazard that the likelihood of a Canadian starting the day by reading a poem is greater now than it has been since about 1890. So much for the Internet killing the intellect. I’m a writer: Don’t trust me with other people’s secrets
September 5, 2012 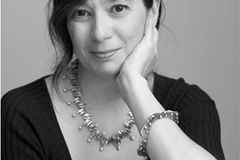 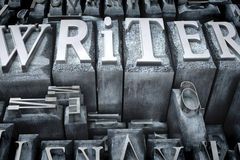