Nine former members of CBC/Radio-Canada's board of directors have sent an urgent letter to the current board, saying the public broadcaster's mandate is "in peril" if recent federal funding cuts are not reversed.

The ex-board members, who include a former chairwoman as well as the CBC's previous president, said the broadcaster, which is mandated by the 1991 Broadcasting Act, would likely die without more support.

"It appears that the board has forgotten that the board members are trustees of a statutory mandate based on the maintenance of a capacity within the corporation to broadcast, inform and certainly to create," said the letter, addressed to the current board chairman, Rémi Racine.

In a town hall last month, CBC executives informed staff that the broadcaster would cease almost all in-house production, with the exception of radio, and news and current affairs. The shows on the prime-time schedule of its English-language TV network are already produced by private companies. It will now no longer produce its own documentaries.

It also intends to turn its focus to mobile and digital distribution.

"CBC was created with the aim of uniting Canadians from one ocean to the other, and to serve all regions and all minority groups," the letter said. "For decades, CBC/Radio Canada has contributed to a national awareness of the different facets of our national 'tissue' by representing our cultural diversity through a capacity to create and support this diversity. We believe that with the most recent cuts, the mandate of the CBC is in peril. To suggest that replacing a capacity to produce with social media is dodging the issue; to eliminate the creative potential of the CBC is to sacrifice one of its raisons d'être.

"With a sense of great urgency, we, the undersigned, call upon you and all members of the board, to consider the inevitable consequence of this most recent funding cut in particular, and, in accordance with your responsibility as board members, to clearly and publicly inform the government that these cuts will effectively eviscerate CBC/Radio Canada and will ultimately bring about the demise of this important and valued national public service."

Last month, the CBC unveiled a new strategic plan that will cut up to 1,500 jobs over the next five years, out of approximately 7,500 current full-time staff. That followed on 657 job cuts announced in April to address a revenue shortfall of $130-million.

The letter's signatories include Robert Rabinovitch, CBC/Radio-Canada's president from 1999 to 2007, and Guylaine Saucier, who served as chairwoman from 1995 to 2000.

All of the current board members were appointed by Prime Minister Stephen Harper.

Members of the broadcaster's board of directors rarely speak publicly about their relationship with the government. During last month's town hall, CBC staff called on president Hubert Lacroix to press for more funding. Other staff suggested the president and members of the board should be publicly elected, to make them more responsive to Canadians. 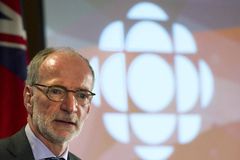 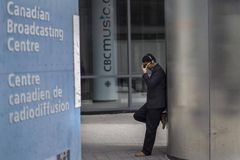