The first thing everyone says about children's author Claire Mackay is that she was funny. Other words and phrases come up – witty, generous, lover of words and language – but everyone starts with "funny."

"She was killingly funny," says children's book author Tim Wynne-Jones. "You wanted to stand near her at meetings, whenever you got a chance, because she'd always have some great aside to make, especially when someone was yattering. Never nasty, but always funny and accurate.

"Her eyes gleamed. That's such a dumb phrase, but in her case it was absolutely true."

Ms. Mackay, who died Aug. 11 of cancer at the age of 82, was a popular Canadian writer of 11 books of children's and young-adult fiction and non-fiction. She also edited and contributed to a number of other works, and was a co-founding member of the Canadian Society of Children's Authors, Illustrators, and Performers.

CANSCAIP offered Ms. Mackay an outlet for her "mentoring impulse," said author, academic and children's-book columnist Deirdre Baker. "She had enormous influence on the Canadian writing community. She felt young writers should be supported politically and with funds."

The organization founded a mentoring program in Ms. Mackay's honour, in which established authors support young writers. "It's so much in Claire's spirit, to find a way to build her community," Ms. Baker said. "It's hard to be less powerful in the world than being a Canadian children's-book writer."

Mr. Wynne-Jones said he received a fan letter from Ms. Mackay when he published his first children's book. "Then I learned that she sent letters to every new author in the biz – a welcoming party of one. She was the most welcoming, generous and delightful soul."

Born Claire Lorraine Bacchus on Dec. 21, 1930, she was raised in Toronto, a "red diaper baby," as those children whose parents believed in radical socialism or communism were called. She credited her upbringing for her tendency to favour the underdog and support the oppressed. A good student, she won scholarships to the University of Toronto, where she earned an honours BA in political science.

Ms. Baker says growing up during the Second World War informed Ms. Mackay's work and life. "She was politically aware, and passionate, and had robust opinions." Ms. Baker points to Ms. Mackay's 1981 historical novel One Proud Summer, co-written with Marsha Hewitt and based on a 100-day millworkers' strike in Valleyfield, Que., in 1946. "Nobody else was writing about unions organizing in Canada," Ms. Baker said. "It was good to be able to read about this event in Canadian history."

While at the University of Toronto, Claire met Jackson Mackay, an engineering student. They were married in 1952 and had three sons, Ian, Scott and Grant. Mr. Mackay was a chemical engineer who worked all over Canada for Imperial Oil. During the family's time in Vancouver, Ms. Mackay completed one year toward a master's degree in social work at the University of British Columbia.

She later became a social worker at the Wascana rehabilitation facility in Regina. Part of her job was to interview every patient and write his or her "social history." These were supposed to be a couple of paragraphs long, but Ms. Mackay's often ran to three or four pages, and were popular reading among the nurses.

In the 1970s, after the family relocated to Toronto, Ms. Mackay was a research librarian for the United Steelworkers for six years, and wrote a column titled Women's Words for the Steelworkers' newspaper, Steel Labour.

It was also in the 1970s that she wrote her first book, Mini-Bike Hero, at the request of her youngest son, Grant. He was obsessed with mini-bikes – miniature motorcycles – and wanted to read books about them but couldn't find any. The YA novel, published in 1974, sold out its 45,000-copy print run in four months, and she wrote two bestselling sequels, Mini-Bike Racer and Mini-Bike Rescue.

In 1977, Ms. Mackay and 10 other professionals in the children's publishing field founded CANSCAIP, which now has more than 400 members and 600 associate members in Canada.

Children's author Jean Little, who would become one of Ms. Mackay's best friends and sometime collaborator, recalls the meetings that led up to CANSCAIP's founding. "I'm blind," Ms. Little begins. "I'd be at these meetings and I'd laugh at something I thought was funny, and the only other person in the room who would be laughing was Claire. So I called her and said, 'I thought we should be friends.'"

They became frequent companions and collaborated on several books. They often travelled together to readings, conferences and talks at bookstores and in schools. "When we travelled, Claire always had at least one dictionary with her," Ms. Little said. "She loved words. She had one room in her house that seemed to have a million dictionaries in it. She was thrilled once when one of her granddaughters said she wanted a dictionary."

Ms. Mackay's son Scott Mackay, who became a successful writer himself, said his mother was "one of the kindest women I ever met. She was always interested in what you had to say, and she loved to talk to kids."

He has 13 science-fiction and mystery titles to his credit. His mother would read his early manuscripts and offer comments. "It was like having my own Elements of Style, plus a lot more," he said.

"She taught me a lot about words, was always saying, 'Look it up.' She knew a lot about etymology and was a collector of words. She told me, 'Nothing beefs up prose like a sudden, unexpected word.'"

At CANSCAIP meetings, Ms. Mackay would announce her son's literary achievements, Ms. Baker said. "She was very, very proud of his success, I think far more than her own."

Ms. Mackay was the winner of five literary awards, including the Vicky Metcalf Award for her body of work and the Ruth Schwartz Award for One Proud Summer.

Ms. Little recalls her friend's sense of humour with fondness. "We always sat together in the first row at meetings, and I know we were very bad," Ms. Little said. "I was at a meeting the other day, and it seemed to me it was very boring. I miss her terribly." 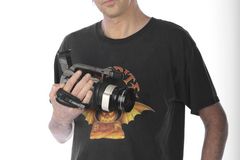