Is there any historical figure whose name is more potent with imagery than that of Egypt's Cleopatra VII? It's unlikely. Since her death in 30 BC, Cleopatra has been cast variously as a queen, a vamp, a feminist symbol, a tragic heroine and sometimes everything together at once. For better or worse, Egypt's last pharaoh has become a kind of gold standard for elusive biography.

Much of the better part gets a thorough workout in Pulitzer Prize-winner Stacy Schiff's new book, Cleopatra: A Life. A laudable attempt to peel away the layers of legend, propaganda and downright fiction surrounding this most famous of ancient queens, Schiff's tall order is to present a portrait stripped of various writers' biased agendas, including William Shakespeare's.

It may have been too tall an order. With no Egyptian sources and only Roman records written years after Cleopatra's death to work from, Schiff is forced to buttress her work with lengthy sketches of Alexandrine and Roman life in the hectic decades before the birth of Christ, as well as rely on such speculative phrases as "It may be that," "It must have been" and "We can only guess that" to make up for the lack of reliable information.

By itself, this isn't a bad thing - a careful re-creation of ancient Mediterranean society is one of the book's strengths - but it tends to throw Schiff's subject into dense shadow for at least the work's first part. Still, the author does bring a compassionate and clear-eyed understanding to what little we do know about Cleopatra.

Small in stature, glamorous rather than beautiful, charismatic, intellectually brilliant, sometimes murderous, unbelievably wealthy and a dedicated ruler, Cleopatra was undoubtedly one of those rare creatures who casts spells on all who encounter her, looks be damned.

And the story grows more compelling in the second half, when the titanic events of what historians call the Roman Revolution hurtle toward their famous conclusion. Having thrown in her lot with Mark Antony in his struggle with Octavian Caesar for supreme Roman power, following Antony's defeat at the naval battle of Actium, Cleopatra found herself on the losing side, leaving her little choice but to commit suicide, an act that ended Egyptian independence as well as her life. After her death, Egypt became a Roman province.

Romantics may be disappointed, but Schiff does much of her best work in dispelling the many myths surrounding Cleopatra. Of Macedonian ancestry rather than Egyptian, as a political player, the queen certainly used her charm to entice and manipulate, but it is quite possible that she had only two lovers in her 39 years, although they were also two of the most powerful men of the age: the Roman statesman Gaius Julius Caesar and his protégé, Marcus Antonius, a.k.a. Mark Antony.

While it appears that Cleopatra and Antony were true lovers as well as political partners, her relationship with Julius Caesar was probably more that of an apt pupil in the art of political wiles, while her son by the consul - the unfortunate Caesarian - could easily have been a calculated attempt to cement a Roman alliance. As well, it is highly unlikely that it was an asp, or Egyptian cobra, that caused the queen's death, but probably just comfortable old poison. (The better way to look regal after passing on.)

Even with a fair amount of historical padding, Cleopatra: A Life is a wonderfully vivid retelling of an epic era and an equally epic personality. It is to Schiff's credit that she reminds us of the reasons - as if we needed reminding - why, of all the powerful female rulers across the centuries, there is really only one who continues to bewitch us into the Third Millennium: Cleopatra of the Nile.

Paul McMichael Nurse's history of the Arabian Nights' Entertainments has just been published. 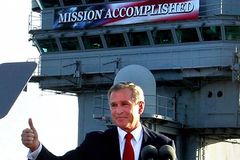 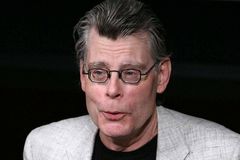 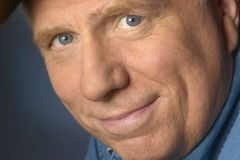