Are your summer reading plans intellectually ambitious or more relaxed? We asked Globe Arts writers for their picks – serious stuff for the shade, and lighter fare (well, sort of) for the sun

PLATO ON THE PLATE
Martin Levin

Shady read: I have an ambitious plan to read, or reread, as many of Plato's Socratic dialogues as I can, but I'll be happy if I get through the early ones, especially Euthyphro, Crito and Apology, which is not only brilliantly argued as usual, but very moving. I also plan to reread my favourite Dickens novel, Our Mutual Friend, which offers a fully created world, very funny and very dark. I'll be reading The Second World War, by British historian Antony Beevor. His books on Stalingrad and the fall of Berlin were masterly, so I have high hopes for this one. And, though I may be a little late to the Tudor party, Hilary Mantel's Wolf Hall awaits patiently.

Sunny read: I, like Elmore Leonard, am a devotee of the Parker novels by Richard Stark (one of many pseudonyms of the prolific Donald E. Westlake). Parker is a master thief and the books are heist stories, in which things never work out quite as planned. Parker is one of the great creations of hard-boiled fiction: He's amoral, though honourable among other thieves; he's ruthlessly efficient, violent when required; he has no sense of humour; he's admirably resourceful. And you find yourself rooting for him. The books are short, pointed and, though the plots tend to be similar, so superbly constructed and action-full that one doesn't care a bit. I've read all but six, and plan to read at least two this summer. The first in the series, The Hunter, has been filmed three times, easily the best being John Boorman's 1967 Point Blank, with Lee Marvin.

TIME TO PAY UP
Liam Lacey

Shady read: Vladimir Nabovov considered the 1913 novel Petersberg, by Andrei Bely (née Boris Nikolaevich Bugaev) was one of the four masterpieces of the 20th century, along with James Joyce's Ulysses, Franz Kafka's Metamorphosis and the first half of Marcel Proust's Remembrances of Things Past. So, I bought a copy of the book in college, got stuck in the first chapter and then left it on a bus, and it's been stuck in my mind like an unpaid debt ever since. I understand it's about a young revolutionary, Nikolia Apollonovich, who has been ordered to assassinate his father by placing a bomb in his study. Bely's linguistic playfulness has been compared to Ulysses, which came out nine years later.

Sunny read: I recently read a quote on the Internet from Ross Macdonald's 1959 breakthrough novel, The Galton Case, in which Lew Archer opens a suitcase to smell "a whiff of tobacco, sea water, sweat and the subtler indescribable odour of masculine loneliness." As a rule, I don't find the adjective "indescribable" helpful, but I got a memory rush from the quote and a yearning to go swimming again in one of his lyrical hard-boiled romances. I've reread most of Macdonald's works at intervals through my adult life, and though the missing kids and disappointed wives blur and mingle, his prose makes me nostalgiacally happy.

BLASTS FROM THE PAST
James Adams

Shady read: I have yet to choose what I'll be reading on summer vacation, 2012, but if past holidays are an indication, it will be something big, a novel epic in scope, with its author creating a fully realized universe populated with dozens of characters. Last year Don DeLillo's time-hopping 1997 novel Underworld easily filled the bill. Ditto Roberto Bolaño's 2666, published a year after the Chilean author's untimely death in 2003, which ate up a lot of my 2010 holiday. In 2009, it was Vassily Grossman's staggering, panoramic novel of the Soviet Union's fierce resistance to Germany's invasion during the Second World, titled, very "Russianly," Life and Fate.

Sunny read: Beach-reading doesn't have to be brainless, but brevity is the soul of its pleasure. Which is why I favour short-story collections and novellas – that or rereading things previously enjoyed. In recent years I've turned (or returned) to Nine Stories, by J.D. Salinger, Richard Brautigan's Trout Fishing in America, In Cold Blood, by Truman Capote, Mary Gaitskill's Because They Wanted To and Tenorman, by David Huddle. The Brautigan has, for the most part, lost the charms it had upon its original publication in the 1960s (The Kool-Aid Wino being an exception) but the rest are heartily recommended.

THE COLLAPSE OF GREECE
Robert Everett-Green

Shady read: The Global Minotaur: America, The True Origins of the Financial Crisis and the Future of the World Economy, by Yanis Varoufakis. I've already read this slim book with the forbidding subtitle, but there was so much in it, I need and want to read it again this summer. The Greek economist Yanis Varoufakis describes how the seeds of the 2008 financial meltdown, and of the current Euro crisis, were sown during a change in the global financial order in the 1970s. In place of the familiar front-page melodrama of thrifty Germans scolding spendthrift Greeks, Varoufakis tells how an imbalanced system that ran with reasonable success for a quarter century tottered and crashed, with much wreckage and nothing in view to take its place.

Sunny read: Selected Letters of Philip Larkin is the book that showed that his pristine poetry issued from the brain of a crabby misanthropic Little Englander who thought and said bad things about women and people of colour, as well as other poets. Granted. But Larkin never claimed to know much about anything but poetry and language, and on these subjects his letters are full of passionate insight. He's also very funny, sometimes Eeyore-ishly so, as when he writes, on his 22nd birthday: "I really do not think it likely I shall ever get into the same bed as anyone again because it is so much trouble, almost as much trouble as standing for Parliament."

Shady read: Generally speaking, I prefer classic novels of more than 300 pages in the form of stage adaptations. Why waste a couple of weeks of evenings (at least) reading War and Peace when you can get the gist and most of the cultural capital from watching a 90-minute clown version instead? My new housemate, however, has judged this philosophy outrageous and has thrown Fyodor Dostoevsky's The Brothers Karamazov at me (no worries: softcover, in the translation by Richard Pevear and Larissa Volokhonsky). My protestations that I've already seen Jason Sherman's version at Stratford fell on deaf ears, so I'm stuck.

Sunny read: Playwright Hannah Moscovitch ( East of Berlin) and director Alisa Palmer are working on a music-filled stage adaptation of Anne-Marie MacDonald's 1996 novel Fall on Your Knees for the National Arts Centre. That's all the reason I need to revisit this book about four twisted generations of the Piper family of Nova Scotia. It's been about 10 years since Oprah made it an international bestseller and I read it rapidly over the course of a Christmas holiday – just long enough to have completely forgotten the surprise twist at the end. I hope it's as good the second time around.

BACK TO THE BIG BOOK
Kate Taylor

Shady read: It is hard not to be awed by the sweeping cultural syntheses of the American historian Peter Gay. What he did for 19th-century sex in The Bourgeois Experience, he does for 19th- and 20th-century art in Modernism: The Lure of Heresy, From Baudelaire to Beckett and Beyond. Starting with Baudelaire's romantic rebellion and taking us forward through Picasso and Beckett to Gropius and Pollock, Gay places in social and historical context the massive scale, mighty ambition, quest for novelty and urge to overturn that were characteristic of modernist art. This was my big read last summer, and will be this summer, too, since I never managed to finish the 600-page volume, which spent the winter on the coffee table.

Sunny read: When it appeared in 2010, Ian McEwan's Solar got mixed reviews and a fraction of the attention accorded his Booker-winning Amsterdam in 1998, and yet of the two satires, this is the one for my money, more cleverly plotted and more thematically pointed. In exposing the gluttony, philandery and preferment-seeking of climate-change scientist and unworthy Nobel laureate Michael Beard, it finds in his lust for wine, women and prizes a deft metaphor for our own insatiable appetite for energy. Best yet, in the heat of summer, it begins with an extended set piece in the Arctic. If I can just find my copy, I plan to reread it this summer. 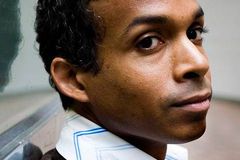 Book Review
Joan Rivers’s self-loathing, and other new books worth a look
June 29, 2012 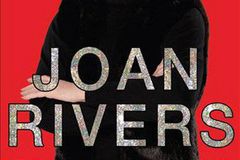 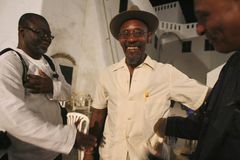