Next week marks the pinnacle of the literary season with the awarding of the 20th anniversary Scotiabank Giller Prize. Four novels and one volume of stories have made a shortlist that combines a potent mix of storytelling, characters in desperate situations, and a wide range of locations and narrative voices. Each has flashes of brilliance; none is a waste of time. It is a good year for reading.

Oddly, crime is an underlying theme in four of the contenders. Even odder, there is more buzz about who didn't make the cut than who will win the $50,000 purse. The shortlist is missing two of the bestselling and most critically acclaimed novels of the season: Joseph Boyden's The Orenda, the epic confrontation of the Jesuits and First Nations back in the 17th century; and Margaret Atwood's MaddAddam, the compelling conclusion to her dystopian trilogy that began with Oryx and Crake a decade ago – the last time she was shortlisted for the Giller.

Atwood took her own novel out of contention when she agreed to judge Canada's most prestigious literary prize for the fourth time. The snubbing of The Orenda is harder to fathom. Was it the violence, Boyden's reliance on the Jesuit Relations as a source, or the fact that his second novel, Through Black Spruce, won the Giller in 2008, the last time Atwood was a judge? Only the jury knows for sure, and they are keeping mum, other than to say that horse-trading was involved in drawing up the shortlist.

When it comes to picking the actual Giller winner, the choice is more about the judges – their competing literary tastes and values – than the books stacked up on the table. Since the door to the room is locked, I can only speculate on the hard decisions they are facing by reviewing the books that I spent many happy hours reading. 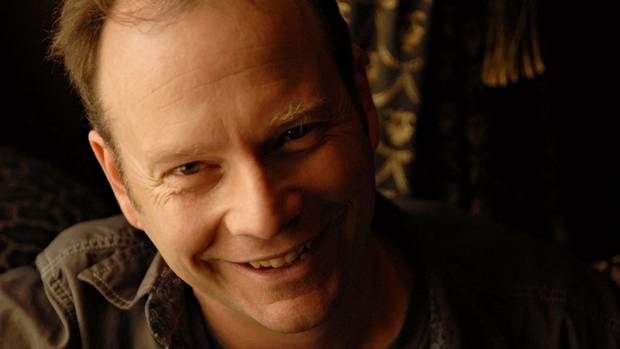 His earlier novels, The Ash Garden and The Communist’s Daughter, featured real historical characters dealing with the repercussions of cataclysmic events. Going Home Again, a smaller, more personal landscape, is a departure into pure fiction. Narrator Charlie Bellerose leaves his estranged wife and resentful pubescent daughter in Madrid, where he has founded a string of language schools, and moves back to Toronto. He becomes enmeshed in the chaotic life of his older brother, Nate; his troubled nephews; and an old flame.

Bock, a delicate writer equally at home on either side of the Atlantic, balances regret and longing in creating Charlie, a 40ish man trying to reconcile his murky past with his uncertain emotional and financial future. Orphaned as a boy when his parents were killed in a car crash, and still wounded by the fallout from a love triangle dating from his university days in Montreal, Charlie is groping toward balance and maturity. Bock captures Charlie’s longing and regret with subtly and compassion, but his magic wand falters in summoning the macho, charismatic Nate. He is too obviously a foil, a character with little capacity for redemption or growth. Otherwise, Bock’s storytelling is sure and his sentences move rhythmically along.

Final thought: Making the shortlist was a big step for Bock, whose previous novels didn’t attract the Giller’s attention. He probably won’t win, but we haven’t seen the last of him. 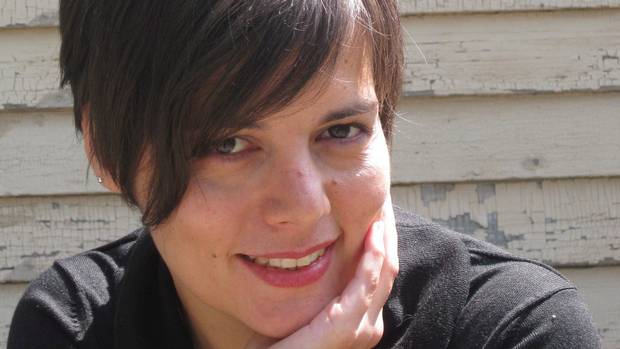 The misfits include a nun who channels faith on a hospital ward; Mr. Hope, an intellectually challenging male teacher who terrorizes a female pupil; and a charismatic actor named Hart with an addictive personality and an obsession with his girlfriend, Kim. Her characters mistrust, misunderstand and betray each other in gruelling and haunting fashion, forcing a reader to remember, to empathize, and often to be shocked by what humans can do to each other.

Final thought: Coady is a fine writer, but her endings can be jarringly abrupt, and the last time a short-story collection triumphed was in 2006, when Vincent Lam won for Bloodletting and Miraculous Cures. 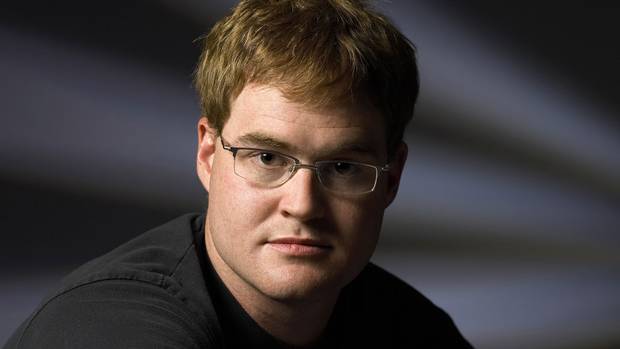 Davidson grew up near Niagara Falls, Ont., served his literary apprenticeship at the Iowa Writers’ Workshop, and honed his craft writing commercial novels and Rust and Bone, a short-story collection which was turned into a film starring Marion Cotillard. Cataract City, which is about luck, grit and staying alive, features Owen Stuckey and Duncan Diggs, the sons of blue-collar workers in the local cookie factory. One will escape to an upscale neighbourhood; the other will be mired in low-wage work, layoffs and desperate gambles to get ahead. They are linked by a traumatic abduction they survived as boys and by their separate involvement in the seamy culture of wrestling, dogfights, and cigarette smuggling across the Niagara River.

Davidson writes with a coiled energy and a glistening physicality about bodies in motion – greyhounds tearing around a track; and in collision – men slugging it out in an unregulated winner-take-all-boxing match. Cataract City takes you places you might not want to go, and it perhaps is too neatly structured, but it is a highly polished and ambitious novel about survival against the odds – in the wilderness, in prison and on the factory line.

Final thought: Davidson is a CanLit outsider, which may be an advantage with this jury. Cataract City is not my kind of novel, but it is a compelling read and a worthy contender. 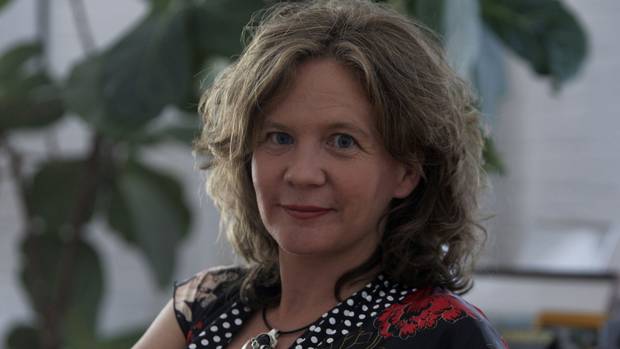 Moore, a visual artist before she turned to fiction, has a lush metaphorical palette, an unbridled energy, and the deft ability to sketch a character’s soul. All these attributes make her a powerful writer, although I’d like to see her tone down a few of her metaphors. After two trips to the finals (Open in 2002, and Alligator in 2005) she was surprisingly shunned for February, her exploration of the Ocean Ranger disaster and a widow’s cascading grief.

Caught is the story of a hapless drug dealer named Slaney, who breaks out of prison, hip-hops across the country and hooks up with the same friend who got him in the slammer in the first place. The scuzzy machinations of international drug smuggling on the high seas keep the pages turning, but the real sinew of this novel lies in Moore’s empathetic portraits of Slaney; the rich, besotted alcoholic, Cyril Carter; and Ada, Carter’s nubile and “feral” trophy girlfriend – three desperate sailors on a voyage of the damned.

Final thought: It is Moore’s turn at the podium, but this novel doesn’t have the narrative and psychological heft of The Crooked Maid or Cataract City. If the jury is polarized between those two books, Caught could well sail up the middle to take the cup. 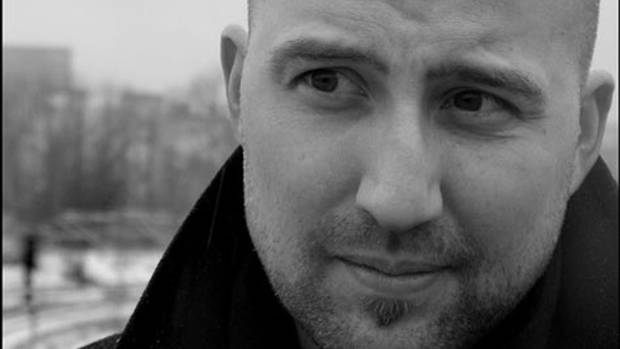 The Crooked Maid
By Dan Vyleta

“I wanted to write a world, not a book,” Vyleta, German-born son of Czech émigré parents, admits about his sprawling novel, which opens on a train from Paris to Vienna in 1948. Two strangers, Anna Beer and Robert Seidel, are returning to the vicious, torn and occupied rump of the once-grand capital. Anna is searching for her elusive husband, Anton, a gay doctor and a Russian prisoner of war. Robert, a schoolboy, is reuniting with the remnants of his family: a drug-addict mother; and the corpse of his stepfather – a Nazi bigwig who has jumped, or possibly been thrown out the window by Robert’s stepbrother, Wolfgang, a former Gestapo agent.

Anna and Robert are linked by Eva, the orphaned and physically damaged maid who was Anton’s protégé and is now employed by the Seidel family. A bit rough in places, and sometimes overwrought with literary and cinematic allusions, The Crooked Maid draws inspiration not only from Balzac, but also Tolstoy, Dostoevsky, Dickens and Chekhov. Vyleta takes us into the past horrors of Nazism and the sinister and creeping chill of the Cold War in an ambitious novel that is part police procedural, part sociological exhumation of the past, and ultimately a compassionate portrait of dislocation and the grasping struggle for survival.

Final thought: Vyleta’s The Quiet Twin, which features Anton Beer in twitchy prewar Vienna, was well-received, but The Crooked Maid has upped the ante. His main competition, I wager, will be Cataract City, and much will depend on the judges’ appetite for middle Europe versus blue-collar border town.

Vyleta is my choice, but I am often wrong. So, all we can do is place our bets and wait for the envelope.