I long ago exhausted my skimpy store of superlatives on James Lee Burke's exquisite prose and moving plots. His Dave Robicheaux series is one of the few to hold up past 10 books and, since neither Burke nor Robicheaux is getting any younger, each new novel seems like a gift.

The Light Of The World is set in Montana, where Dave, his wife Molly, daughter Alafair, and his friend Clete Purcell and Clete's daughter Gretchen are set for a restful holiday. But the evil they've seen trails them. Alafair is nearly killed by an arrow that may have been launched by a man named Asa Surette, who should be dead but seems all too alive. Then there's the cave, filled with a strange stench, the smell of pure evil.

Burke's heroes aren't supermen. Clete's demons are self-destructive and powerful; Dave's lurk in the pit of a dry drunk. Both get up every day, put on a clean shirt, shine their shoes, slick down their hair and head out to do what they believe is the morally correct thing. They are led by The Light Of The World – a woman's face, a child's love, and friends' loyalty – and nothing is more powerful. Once again, Burke takes us to the best and worst of worlds.

Mystery readers know how hard it is to say goodbye to a favourite series. I'm still grieving for Kurt Wallander and now it's time to end the fantastic John Russell series set mostly in Hitler's Germany. All the books are titled for rail stations and Masaryk Station is set not in Berlin but Prague, where Russell's complex life as a double agent began and, at last, ends. It's 1948 and the hot war has become the Cold War and everything, including Russell's communist and CIA operations, are collapsing. This is a brilliant finale to one of spydom's best series. If you haven't read all the others, get them first and enjoy the whole feast.

This is the third Max Camara novel, set in modern Spain, and, if the other two are half as good, this is a series to savour. Here, Chief Inspector Camara returns to his hometown of Albacete, on the edge of the great plain of La Mancha, where Don Quixote chased his windmills. Albacete's motto is "S–t and get out." Max has taken it to heart, but his grandfather has had a stroke. So he's in Albacete, where he became a cop, where his sister was murdered, where his great-grandfather was executed by Franco's forces, and where a 15-year-old girl has been raped, killed and tossed into a garbage bin. Lest this not tempt you, there is a conspiracy involving the saffron trade as well. Simply irresistible.

Be warned: This is one scary novel. Fans of C.J. Box's excellent Joe Pickett series know that his characters get under your skin. In this case, the villain, a long-haul trucker who dubs himself "The Lizard King," is a psychopath on parade who likes to torture and kill the hapless prostitutes who trawl for dollars at truck stops. Then a real treat falls into his lap, two young sisters on their way to visit their father in Helena, Mont. Against him, Lewis and Clark County Sheriff's investigators Cassie Dewell and Cody Hoyt (Back Of Beyond). This new series is even better than Pickett, but don't read this book in the dark of the night.

Book Review
The ones who walked away from the ‘Greatest Generation’
August 2, 2013 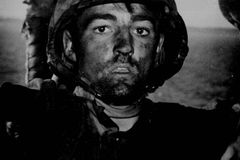 In letters and in love, it’s the message that always counts
August 2, 2013 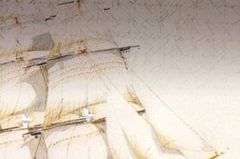 Why To Kill a Mockingbird is my favourite book to teach
August 2, 2013 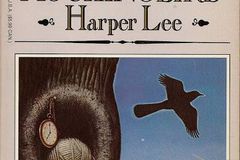