There is not another writer like Derek McCormack in Canada. There probably isn't another writer like Derek McCormack anywhere else in the world. The singular mind responsible for a shelf-full of cult classics, including The Haunted Hillbilly and The Show That Smells, the Toronto-based writer recently published a new fantasically demented book, The Well-Dressed Wound.

I wanted to write a book as beautiful as a brooch by Martin Margiela, the Belgian designer. A Margiela brooch or a bracelet or necklace or ring – I wanted my book to be an accessory, stunning and useless. Margiela made jewellery from nails and silverware and crystals culled from old chandeliers. He once stuck safety pins through powder puffs and pinned the puffs to outfits. Perfection. In a sense, I succeeded in what I set out to do – I mean, my book could be a brooch, you'd just have to push a safety pin through the back cover and pin it to your clothes.

Martin Margiela! That's a joke. Margiela's a real person, a genius. He's a mystery, too: So far as I know he's never given an interview, never made a public appearance, never posed for an official photograph. He founded his maison in 1988; he left it in 2009. The maison is still around. I don't know where he is or what he's doing. He's a blank.

Time-travel. All of my books are set in the past – it'd be a blast to go back. The Well-Dressed Wound takes place during the Civil War in the United States. It's set in the theatre at Barnum's American Museum on Broadway. The main characters, Abraham Lincoln and Mary Todd Lincoln, stage a séance and summon the Devil. The Devil is disguised as Martin Margiela, and why not? The Devil can assume any shape; so, too, can Martin Margiela, because no one would know any better!

After I came through cancer treatment a few years ago, I couldn't read anything, I didn't have the will, I didn't have the wherewithal. When I finally did pick up a book, it was Prince of Aesthetes, a biography of Robert de Montesquiou by Philippe Jullian. Montesquiou was a poet and ponce and the model for Baron de Charlus in Proust's In Search of Lost Time and for Jean des Esseintes in Huysmans's Against Nature. Against Nature was a big book for me way back when. I first read it when I was 16 or so. I had a plan then: to become a Decadent. I decided to devote my life to caring about jewellery and perfumes and the cut of coats. I decided that as an adult I'd be handsome, cultured, satanic and afflicted with an illness such as neurasthenia. And: I decided that I would be a writer. I did become a writer. I did not become attractive or all that cultured. I came down with the wrong disease. I still care about fashion and its accoutrements. The Jullian book took me back to that time when I was designing my identity. I read it. I read it again. I read it three times in a row. I will read it again before long.

Alexander McCall Smith: ‘Writers who have learned a lot of Latin tend to know all about the construction of beautiful sentences’
March 23, 2018 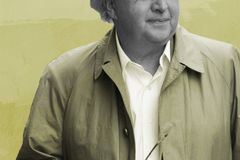 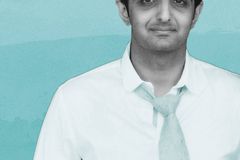 Shilpi Somaya Gowda: ‘I wanted to explore a character who was thrust into this role of making life-and-death decisions for others’
March 22, 2018 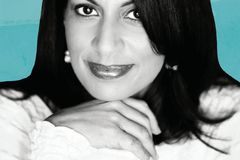