Douglas Coupland loves his Internet, as anyone who follows his Twitter feed knows. The first order of business in a typical Coupland day is a check on three news sites.

“I start with the Daily Mail because if the front story is a wardrobe malfunction, it means everything’s fine with the world,” Coupland says during a recent interview. “What you don’t want is if the Daily Mail, the New York Times and The Globe and Mail all have the same headline. It’s like uh-oh. As long as the three headlines are different, it actually gives me a bit of lift to my day.”

Coupland is speaking in his West Vancouver living room, where his penchant for collecting is on full display; there are clusters of interesting things everywhere. The TV is on (though muted) – a 24/7 situation; Coupland – respected futurist, bestselling author, prolific visual artist – can’t quite figure out how to operate the intricate remote-control system. So best to just leave the thing on. Even silent, it has the ability to distract, as it does when Coupland’s attention diverts to a promo for Survivor Millennials vs. Gen X (of course the author of the novel Generation X: Tales for an Accelerated Culture would notice that). Coupland is also distracted by a news report that includes footage of a giant moon balloon rolling through traffic in Fuzhou, China. (It was hard to know what exactly was going on with the sound off, which added to the experience.)

The promiscuous collecting and complex TV remote controls of contemporary life are two of the many issues Coupland writes about in his new book, Bit Rot. The collection, out on Oct. 4, is a much beefed-up version of the catalogue created to coincide with his Bit Rot show which opened last year at the Witte de With Center for Contemporary Art in Rotterdam, and has just opened at the Villa Stuck museum in Munich.

Bit Rot is comprised of pieces written since 2005 that felt “random and one-off-ish,” as Coupland writes in the preface, but together form a narrative about the Internet age – what this pivotal moment in history means for society, our lives and our brains. “Bit rot,” he explains, is a term used in digital archiving that describes the way digital files spontaneously decompose.

Some of the stories were written for Coupland’s novel Generation A, some are columns from his Financial Times gig and there’s some new fiction, including a pilot script for a TV show, George Washington’s Extreme Makeover.

“I just really decided back when I was doing the Marshall McLuhan book with Penguin [Extraordinary Canadians: Marshall McLuhan] that I have to change the way I write. Because the way I was writing wasn’t keeping up with the pace of the culture or the pace of the way we perceive and live in the world,” says Coupland, 54. “I wanted to create a sensation in fiction that you get when you’re online and you fall down a rabbit hole and you’re like, what the hell just happened, and you fall down another rabbit hole.

“It was a subconscious experiment that became conscious that became a new approach to writing,” he adds, “just to keep pace with the way our lives actually are these days.” 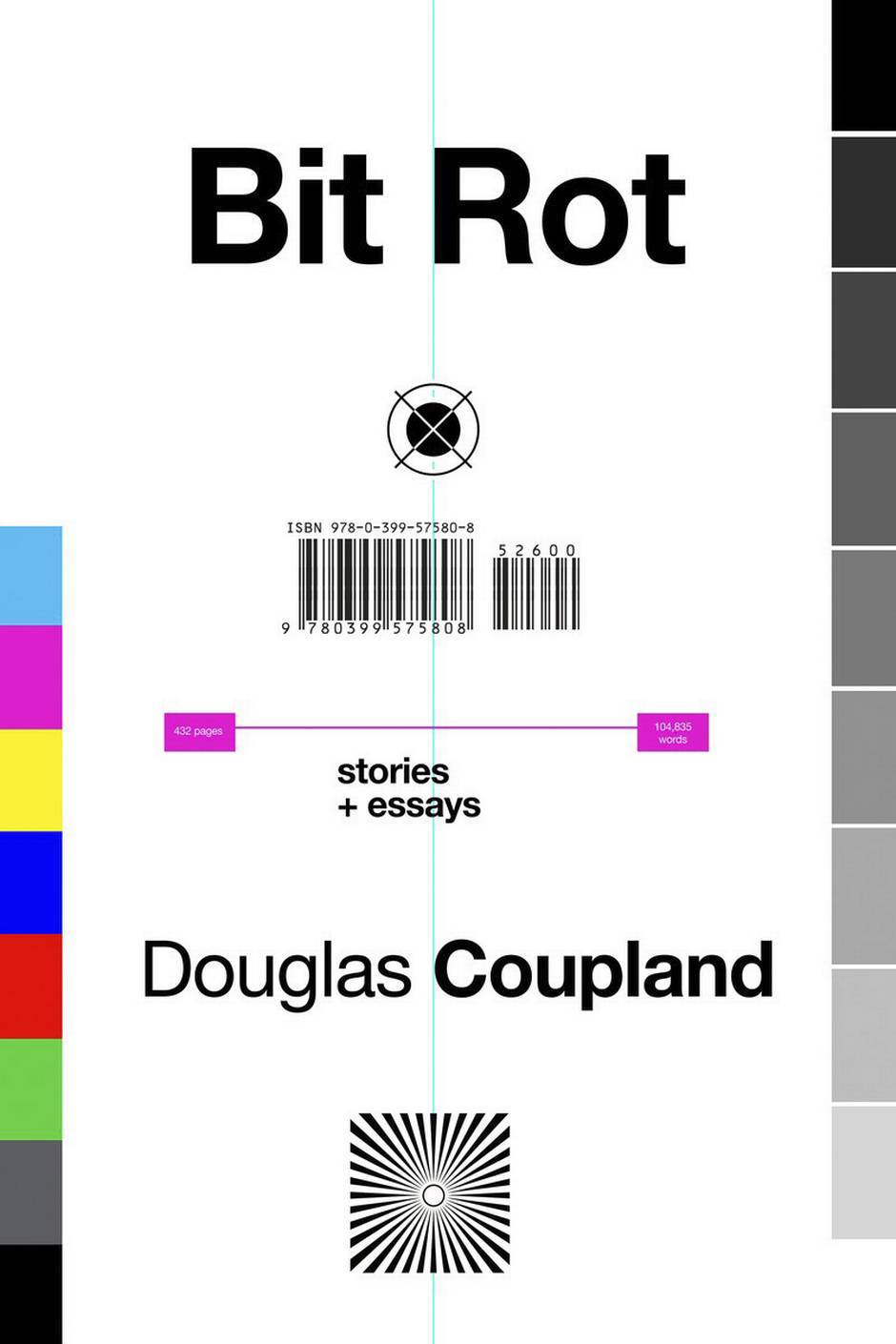 One piece in the collection, “Notes on Relationships in the Twenty-First Century,” examines the question of the Internet and connectedness. “Once you get used to a certain level of online connection, there’s just no way to go back to where you were before,” he writes. “People are more connected than they’ve ever been before – except they’ve been tricked into thinking they’re more isolated than ever. How did this happen?”

Coupland (a day before leaving for Germany to install his show) and I spend a fair bit of time talking about this. There is a tendency to balk when one sees a group of people – or maybe worse, a romantic couple – with their heads buried deep in their respective phones. Why aren’t they communicating with each other? It’s the end of human connection! But Coupland argues that the Internet can connect us in powerful ways – whether it’s to people we know IRL or to new communities – and in ways that were never before possible.

“Everything from gardening groups to food groups to ISIS, [the Internet has] just generated all of these new collective entities that could never have existed before in human history,” Coupland says. If you have an obscure interest, you can find other people just like you. Obviously, sometimes this is good (horticultural tips) – and sometimes it is very bad (becoming indoctrinated by a terrorist group).

Coupland has reached out to his tweeps to solve all manner of problems – whether he’s run out of English-language books in Denmark or is trying to identify a mysterious font on a portion of the Stanley Cup.

Twitter can be a nasty, soul-destroying place – something in constant evidence during this U.S. election cycle. But Coupland, dealing with some personal issues, has recently found that Twitter, for all its combative ugliness, can also instantly unearth a caring community.

“The Internet is simultaneously isolating and yet profoundly connective at the same time,” he says. “And it may be something we all can anticipate in the next few decades; that you have these new tools at your disposal and you’re not stuck with old choices. You can make fun of Twitter but it’s very powerful and it really can change lives for the better.”