Going Dutch takes on a whole new meaning in The Dinner, a novel that charts a friendly meal at a swank Amsterdam restaurant among civilized company as it subtly degenerates into an outright horror show, with all the pieties of political correctness left bleeding on the floor. For any readers curious as to what passions roil beneath the placid surface of enlightened European society, author Herman Koch offers disturbing revelations.

Hundreds of thousands of Koch's fellow Dutch and other European readers have surrendered to that impulse since The Dinner's initial publication four years ago, making it a bestseller throughout the continent and further validating its status as leading indicator of an uneasy zeitgeist. With The Dinner making its North American debut at No. 9 on The New York Times bestseller list, Dutch paranoia is joining Scandinavian criminality as a leading literary import.

Searching for cellphone reception at his weekend retreat in a rare stretch of isolated Dutch countryside, eventually finding it in the bathroom, Koch struggles to explain the success of his non-feel-good novel. Because the action trips when the book's classically unreliable narrator snoops through his teenaged son's smartphone, discovering there the nastiness that ultimately consumes the story, Koch attributes much simply to the gnawing curiosity of worried parents.

"What are their children really up to?" he asks. The Dinner, based loosely on an incident in which three middle-class Spanish teenagers beat a homeless woman to death, provides a worst-case answer.

"But that cannot be the only explanation, because it's also a very popular book among young people," he says. "It's one of the best-read books in schools."

The fear he has tapped in his sixth novel and first international hit is free-floating, Koch suggests: You never really know who your friends are, where the demon seed will sprout and what furies will ensue. To locate that drama in a pretentious restaurant where sophisticates nibble $30 appetizers brings it all home.

Narrator Paul Lohman is at first mordantly amusing about the precious setting and his dining companions, led by his bumptious politician brother. He also reveals himself to be a devoted husband and father. He is actually likeable. "But then he got a little bit out of my hands," Koch says.

The revelation about his narrator's true nature crept up on him, according to the author. "At first I thought this man has something to hide, but I didn't know what," Koch says. "Later on, I thought maybe he's hiding who he is." The slow reveal is deliciously creepy.

Maybe all of polite society is hiding what it really is, the book suggests, cloaking a basic instinct for dog-eat-dog violence in the fine clothes of tolerance and understanding.

"Sometimes the tolerance in a liberal society can actually give us a moral feeling of superiority," Koch explains. "We say, 'We're so civilized that we can accept immigrants from other countries without discriminating against them just because we are so good for them."

Paul's politician brother and his wife adopt an orphan from Africa in just that spirit. It doesn't go well.

"But actually when you say, 'I tolerate you,' you declare that you are superior to the person you tolerate. You feel so good about yourself."

A more conventional narrative would end by delivering such fine-dining hypocrites their just desserts. But there is no redemption on the menu of The Dinner, a fact that led the New York Times reviewer Janet Maslin to describe the novel's "morality" as "really sickening."

In fact, it is the morality of the characters that disturbed the reviewer, in particular their attempts to justify their children's crimes. Koch's crime was to step back and let them show themselves.

"There are people actually saying, 'The things these characters are saying at the table, you can't say them!'" Koch complains. "And I think, well you can because they are saying them.

"I as a writer don't interfere in what they're doing," he adds.

Sickening they may be, but also uncomfortably familiar. 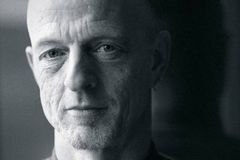 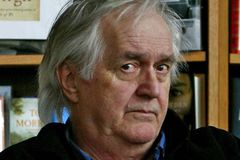 How the rise of e-readers takes the fun out of giving books
December 11, 2010
Follow us on Twitter @globebooks Opens in a new window
Report an error Editorial code of conduct
Due to technical reasons, we have temporarily removed commenting from our articles. We hope to have this fixed soon. Thank you for your patience. If you are looking to give feedback on our new site, please send it along to feedback@globeandmail.com. If you want to write a letter to the editor, please forward to letters@globeandmail.com.
Comments