If there's a London look, David William Wilson doesn't have it.

In the 28-degree sun of a late September heat wave, the author, who publishes as D.W. Wilson, is wearing corduroy trousers the shade of tree moss and a plaid shirt. His hair is a bit scruffy; light stubble covers his chin.

His agent, or "the boss," made him leave the ball cap at home.

He looks like one of his characters, one of the men who live and toil in the small town of Invermere, B.C., deep in the Kootenays, in the shadow of the Rocky Mountains – where Wilson grew up.

But Wilson is strolling through a busy market in West London, where he rents a flat and writes, and where he's recently won the BBC National Short Story Award – the second richest short-story prize in the world.

Call him one of the ones who "got out."

At 26, Wilson is the award's youngest winner. He claimed the £15,000 prize (about $24,000) with a tale of sexual jealousy, of two young men, friends, vying for the attention of one woman on a road trip from British Columbia to Alberta.

The Dead Roads comes from his newly published debut collection of short stories, Once You Break a Knuckle, and like the man, it couldn't be more Canadian.

"I was convinced Jon McGregor would win it," Wilson says, and he was shocked to find himself on stage accepting the award, instead of the more established writers on the short list, including M.J. Hyland and Alison MacLeod.

Wilson – who returns to Canada this month for appearances at both the Vancouver International Writers Festival and the International Festival of Authors in Toronto – isn't convinced his story is the best, but he does believe in the "twin pillars of luck and hard work."

After two years in England, he's avoided all trace of an accent. He jokes he doesn't want to face his friends sounding British. But Wilson is acutely aware that he has a shot at selling Canadiana to a country that has a reputation as tough terrain for Canada's literary talent.

Wilson came to Britain two years ago as the inaugural recipient of the Man Booker Prize Scholarship to study creative writing at the University of East Anglia, where he's now a PhD candidate.

Along with a lot of luggage, he brought stories about men draining cans of beer beneath the skeletons of half-finished homes, of wood mills and weathered trucks. He writes blunt, rough prose about the play between masculinity and insecurity – stories that often teeter on the edge of violence.

"I like the idea of how men can be sad in that way. These are always tough guys who are always distanced from the people they love, or always have trouble with communication."

As prominent as sad men in Wilson's stories is the Canadian landscape – the vast spaces and thick forests and long roads.

"Canada inspires me," he says. "Its bigness. The idea that it can be so lonely because it's so big and people are so far apart."

And it's exactly that quality of The Dead Roads that had Bill Gaston, author and Wilson's former instructor at the University of Victoria, chuckling when he heard about the award.

"It's one of my favourite stories of his," he says. "I thought it was funny that it would win an English award because it's so muscular, rural Canadian. It's good old boys fighting over a woman, and there's hot cars and dusty roads and booze. The kind of wilderness, rural wasteland, that I don't know exists in the U.K. It's a modern wild west story."

"This was a new kind of Canadian voice," says Sue McGregor, the chair of the panel of judges and a veteran BBC broadcaster, of Wilson's winning story. At first she thought it was "too macho," but Wilson's "arresting" writing and "original voice" won her over.

The award, Wilson's scholarship and two-book deal with Penguin Canada are all a part of a pace and scale of success that Gaston has never seen in any other student in his 30 years as an instructor.

Wilson's confidence is a factor. He leans back in his chair, answers with short, pithy lines. What does the award change? "A lot of people want me to buy them alcohol."

He's practical, too. The most important part of the prize is the press it brings, and the hope that it will lead to interest from British publishers.

"It's like finally being able to let go of your breath, like you've been holding your breath for a long time. It's made me optimistic that I'll get a U.K. deal, which is what I hope comes of this more than anything else."

But the more he talks, the more clear it becomes that he's slightly uneasy with the attention, not entirely convinced he'll be able to live up to the buzz, afraid of being one of those young writers "overcome by the pressure of their successes."

He doesn't call himself an author, yet, and neither have the British press, where headlines proclaim that a PhD student bested established writers to claim the prize.

And that's okay with Wilson. "It's a good narrative." 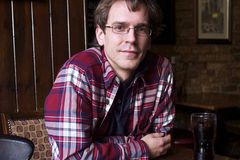 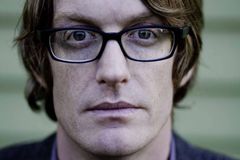 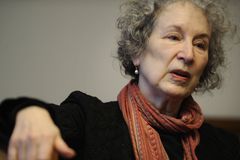