Elizabeth Hay is the author of four previous novels, including the Giller Prize-winning Late Nights on Air, three volumes of non-fiction and a collection of short stories. Her latest novel, His Whole Life, was recently published by McClelland & Stewart and immediately vaulted onto The Globe and Mail's bestseller lists. Originally from Owen Sound, Ont., Hay, a former radio journalist, has lived across Canada, in Britain, New York and Mexico, and currently calls Ottawa home.

Why did you write your new book?
It flowed, or hacked its way, out of two long-standing regrets: that years ago I gave away my dog and that I never managed to convince my children that Canada was an exciting place to live your life. I let those regrets come forward and crowd my mind and the strands of a story emerged involving a mother whose young son loves Canada and wants a dog. They spend winters in New York City and parts of every summer on an Ontario lake. In the background is the 1995 referendum in Quebec. I wanted the boy's family to be falling apart and staying together as the country falls apart and stays together. At 10, Jim already has sources of guilt and shame that give his life a rough and uneven texture. That's the sort of texture a novel needs. And the question that interests me is how do we live with ourselves, given our failings and mistakes.

What's the best advice you've ever received?
It's something I read in V.S. Pritchett's book about Turgenev, The Gentle Barbarian. "When in doubt, increase the difficulty." Rather than sliding back into safety and comfort, increase the difficulty and rise to meet it. This is easy advice not to follow, but what a difference it makes if you embrace it.

Which historical period do you wish you'd lived through, and why?
Pauline Kael writes about dinner and dancing clubs in the late 1940s, when couples would dance for hours to big-band music. Music from that time sends me into such a reverie. Had I lived then I would have known how to dance, it seems to me, and I would have been able to stay awake past 10.

Which books have you reread most in your life?
I reread to be reminded of what I'm about as a writer and a human being. So pages that have a clean, taut, scalded feel to them, like J.M. Coetzee's Disgrace and just about anything by Lydia Davis. I'm thinking also of Gilead by Marilynne Robinson and stories by Alice Munro, books with great human depth and understanding. Munro's Friend of My Youth is the collection of hers that I've reread the most. I go back to Chekhov's stories a lot and Penelope Fitzgerald's novels. And poetry. Margaret Avison, for one. These are just a few examples. I seem to reread as much as I read.

Which book got you through the darkest period of your life?
No darkest period, but a few that were hard. In my early 30s I often thumbed through M.F.K. Fisher's collection The Art of Eating, especially How to Cook a Wolf, elegant stories about ingenuity in the face of wartime hunger. Also Jane Austen's Persuasion for Anne Elliot's steadiness in the face of disappointment. Later, Pauline Kael's fearless movie reviews were nice doses of courage. A few years ago, when my father was dying, Pogo comic books from the 1950s were my standby, in fact everybody's standby in my family. We grew up with Walt Kelly's Okefenokee Swamp, thanks to an uncle in Pennsylvania who sent us the yearly compilations, and the cast of characters and the giddy wordplay still make life worth living, especially gloomy, unintentionally funny Porky, to my way of thinking a very sexy and astute porcupine. 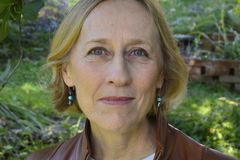