Emma Healey wouldn't like to be writing this. Articles defeat her. "A form of torture," she says with a sigh. Essays in school were difficult, too. But she has been asked to write a fair number of them now that she has become well-known as the debut novelist whose book, Elizabeth Is Missing, caused a bidding frenzy at the London Book Fair in 2013, earning her a six-figure sum. Everyone wants to know more about her, a 29-year-old, who lives that mythic, life-changing fairy tale of first novelists. But she struggles with how to tell her own story.

"I think I'm too scatty," she confesses. "With novels, you're representing things. You're not explaining."

Her publicists like to highlight that she studied bookbinding, as if this were a good backstory for her skill in crafting a delightful and suspenseful novel about Maud, an octogenarian whose progressive dementia is complicating her ability to solve a mystery from the past. But she didn't do it well; bookbinding does not explain anything, she implies.

"Oh, no! I was useless at it!" Healey cries excitedly in a high-pitched voice. The pretty bow of her mouth unties into a grimace. The attention her success has brought seems uncomfortable for her – like that of some guy at a bar when all she really wants to do is sit quietly and think.

She will answer questions, but her replies often come in funny, little stories – a way to represent herself, perhaps. "This shows you how disorganized I am," she says, launching into a tale of how she applied to a three-year program at the London College of Communication but for her first semester failed to sign up for the photography course she wanted. "You'd have to get there early to get your name on the list." She scrapes a hand through her long, strawberry-blond hair. "I was late, and one of the only things left was bookbinding." She shakes her head. " I thought, well, okay. That doesn't sound terrible. And I got there and I loved it. You could put whatever you liked in them." She says this in the way a child might describe a favourite toy. The joy of it is private.

And what did she make? She answers with an uptick. "Books that were sort of like little journeys?"

That degree led her on a bit of one herself. She worked in a bookshop and then for art galleries in London's Pall Mall area. Which is why we have met here, in a greasy spoon down a street near the edge of Trafalgar Square, which she frequented with her friends and work colleagues. That revelation sends her off on another story tangent – about the snooty art dealer who decided that she lived in a "decent enough postal code" in London's Battersea neighbourhood (with her mother) and how one advised her what to wear (she had on something casual from Top Shop) when he sent her off to Paris on a business trip. "And I was, like, great! You've insulted me, and you're sending me to Paris! What fun!"

It was during those three years spent working for galleries that she began to write in her spare time – lunchtimes, evenings and weekends. She had always been a big reader. At the age of four, she wrote a few "gobbledegook" stories. An only child, she spent a lot of time by herself, growing up mostly with her mother. Her parents had split up after dating for five years when her mother, a former designer and teacher, discovered she was pregnant. Her father, a public-relations executive, is a former journalist who once worked as an editor of a romance magazine. When commissioned authors failed to deliver, he took it upon himself to fill the space, she volunteers. "And he used my middle names as his pseudonym. So if you ever read a terrible short romance story by Constance Claire, that's my dad."

In 2007, she was sitting in a car with her father and her paternal grandmother when the trigger for her novel happened. "My grandmother was showing signs of dementia, and she said suddenly that a friend was missing." The story kept nagging her but she had doubts. "At the beginning, I thought it wasn't the right story for me. I was 23 and my protagonist was 81, and I hadn't written a novel before, so it seemed awkward." But at the same time, the age difference gave her freedom. "I had tried to write about young women in London who had jobs and boyfriends, and it was so tedious. And I also thought that if I made up some embarrassing scenario, people would be, like, 'Oh, that happened to you.' And so I thought, no one's going to say, 'Well, this is about that time in your life.' And so I felt I could say anything I wanted and people wouldn't assume it would be about me."

Healey wears her shyness like a bold, red dress, happy to let it be the first thing others notice about her. She describes how the story of Elizabeth Is Missing fell in place over the course of five years. She had the story in the present of Maud's disintegrating memory and the frustration of her daughter, Helen, who is trying to care for her – a deft observation of relationships. Maud is convinced that her friend Elizabeth is missing even though nobody believes her. "It was quite thin," Healey recalls. And then she added the layer of Maud's past, when her sister, Sukey, goes missing in post-Second World War London. "I knew there had to be another mystery," she offers. Stories from her maternal grandmother helped her capture the period. "I had just enough details that I thought I could make it real."

In 2010, with 14,000 words written, she decided to enroll in a year-long master of creative writing program at the University of East Anglia in Norwich. "I thought at least I could say that I had tried." She finished a full draft in the first term. For a year after she graduated, she kept working on it, while employed as a Web administrator at the university. When her agent phoned to tell her the news it had sold, "I was shaking. It changed my life."

I ask how her success has affected her life. And she offers another funny story. "I had to go to my gynecologist," she says. "And while I had my feet in the stirrups, two nurses and a doctor were there, and one asked me what I did for a living. I said that I wrote this book. And immediately, they were all on their phones, looking for it, and on their Kindle, downloading it. And I was still in this position." She pauses. "Yeah, it was kind of embarrassing."

Her willingness to tell stories about herself may seem odd for someone so shy, but they're a kind of deflection, a shard about a character in a fairy tale whom she observes from afar. On her Twitter profile, she quotes a line from an article written about her in The Times: "a pale-faced, slightly distressed-looking author." She thought it was funny, she explains when asked about it. And of course, it's a representation of her, not an explanation.

Book Review
Elizabeth Is Missing: A deeply empathetic novel about the complexities of aging
June 20, 2014 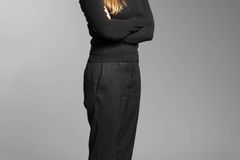 If these walls could write: Poet Elizabeth Bishop’s N.S. house for sale
December 14, 2014 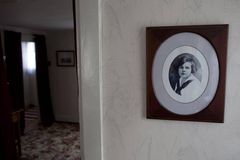 The Book of Strange New Things chronicles a missionary’s voyage to a faraway world
December 12, 2014 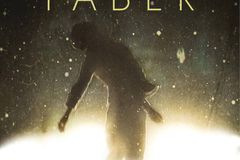 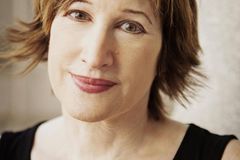