Poet and novelist whose latest book, Deep River Night, will be published this month.

The Christmas before last, my doctor gave me 10 days to live. I was experiencing fevers, night sweats, headaches, arterial inflammation and had lost 65 pounds. I was admitted to the hospital. After a month, the six specialists at the end of my bed told me they didn't know what was wrong with me. My internist said I was a mystery. He said they talked about me over coffee. Their solution for my many conflicting symptoms was to send me home to take massive daily doses of prednisone steroids.

I spent my days and nights lying in my bedroom staring through closed eyes at the door, hoping my wife wouldn't come to ask if I was feeling better. I slept inside my fevers. My brain was a raw egg swirling in a mixing bowl.

My language skills collapsed. Conversations were difficult. The effort to follow words moving through my mind confused me. I couldn't have the radio on – the voices blared, cacophonous. I couldn't read a book. Periods defeated me, commas left me in fear of what came next. My immune system inflammations combined with the steroids to relieve them created a language breakdown, mental panic attacks and cognitive dissonance.

A few days after getting out of the hospital an e-mail arrived on my cell phone reminding me of the novel my publisher had accepted a year ago: Deep River Night needed to be revised and edited. I had forgotten about it entirely. My publisher kindly gave me an extra three months.

In a state of helplessness I phoned my editor and told her in a trembling voice I could not complete the task. After a moment of what seemed thoughtful silence, she said she had already spent a hundred hours on my novel while waiting for me to get out of the hospital and she wasn't going to let me quit. You have written a fine novel and you are going to finish it, she told me. Her voice was both friendly and firm. I tried to explain my difficulties, but she just told me in her gentle manner to get over them. She said she would be sending the first editing notes and suggestions to me in the next few days. Everything will be okay, she said. And by the way, she added, I think there are too many characters in the novel. That and the first chapter has to be taken out and a new one written. What do you think?

I felt like a child again and my Grade One teacher, Miss Irving, was being kind to the little half-blind boy who could not see the backboard and never learned to read. I told my editor in my medicated delerium that I was fairly sure I could write a sentence if I worked at it. I said that a paragraph might be possible if it was short and without too much description. Dialogue seemed possible – yes, no, hello, goodbye. But a chapter? A new one to be written? What would it be about? Who would be in it? A chapter? I had no idea how to write a chapter.

What I was feeling wasn't writer's block. It wasn't fear. A chapter was simply beyond my imagination. The complexity of two characters interacting as they walked down a country road or passed between rooms in a house was beyond my ken. My skull was stuffed with a towel full of sand and engine oil. Nothing moved through the morass.

You can edit right on the computer, she said. Try it.

When I didn't respond, she said, Don't despair.

The next day, desperate, I tried to print a sentence with a pencil that took me a half hour to find, but the letters came impossibly slow, my mind staggering from a vertical line to a horizontal line, the word taking forever to form, the space following a chasm I didn't know how to cross or fill. The word HE, in crooked capital letters, stared up at me. I could not pass beyond. I turned to cursive, thinking letters connected to letters would speed things up, but the pen I chose started to tremble, my grip falter, my handwriting something I hadn't done for years other than to sign my name.

I called my editor and told her of the futility of it all. She suggested again that I take a stab at the computer. Try the keyboard, she said softly, as if speaking to an elderly man in a nursing home who has forgotten where the bathroom is. I didn't say anything. She waited a minute or two and then told me once again not to worry. She said that most chapters begin with the word "the." Her voice was soft, kind and encouraging. She suggested I start a sentence with that and move on from there.

I went down the hall and stared into my office. I had not been in the room for months. I took a step inside and looked at my computer. The screen saver writhed across the dark , the loops and streams of colour lighted fuses burning in the ether of elsewhere than the mind. Where were my words?

I had been a writer for 58 years. In 1960 I sat down at a kitchen table in a small 40 x 8-foot trailer sticking out from a mountain. My wife and children had finally gone to sleep. I was tired after my long day working at the sawmill. I sat there and looked at the cheap portable typewriter I had bought for eight dollars from a man who was moving south and had no need for it. Eight dollars was a lot of money back then, but I had decided I was going to be a writer.

I think it was because there were stories in me and they needed telling. I had bought the typewriter because it was the symbol of writing to me. I did not know how to type. I have never learned.

I remember closing the sliding door that led to the narrow hall and the bedroom at the back of the trailer where my family slept. I sat down at the kitchen table on a rickety metal chair with a torn plastic seat, opened the cover of the machine, inserted a single page of cheap, canary-yellow paper, and rolled it in. I sat and raised my right hand with an extended forefinger, searched among the bright and shining keys and found the letter T. I struck it with my finger. Clack. The letter T was embedded in ink on the page. I hesitated, searched again and found the H and the E and typed them in with my finger. I had made the word "The."

Was that where writing started? Was that where the story began? Way back there in the north, in the night, with nothing but a deep and terrible need to tell a story? But how was I to do it now, ill and confused as I was? Could it possible? Thinking about writing isn't writing. I had told young writers that for years. Talking about it isn't writing either. Did I have to remember the words or were they simply lying in tangled chains in my brain waiting to be unwound?

I struggled at the edge of the swamp that was my brain. I closed my eyes and vaguely remembered my novel had a character. His name was Art. For some reason he had to save a boy who was injured. It was important that the boy be injured although why it was I didn't know. In a medicated daze, I sat down on my chair in my office, touched the mouse with my left hand and opened a blank page. Its incandescent blankness shocked me. I looked down and stared at the keyboard. It looked almost the same as the one in that typewriter from years ago. Words, I said, words. Where are you?

I raised my right hand and with my extended finger typed the word I'd typed so long ago. A "T" and then "H," an "E," and it happened. Without thought of any kind my hand did what it had been doing for more than half a century. I did not look up. I kept on going. I touched keys with my solitary index finger and other words appeared as if from nowhere: The dark cup of the cat's ear moved.

Rati Mehrotra: ‘This book taught me how to write’
Subscriber content
February 1, 2018 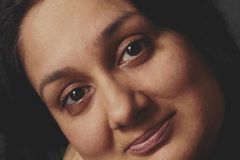 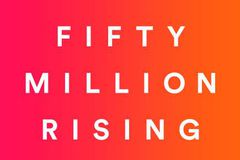 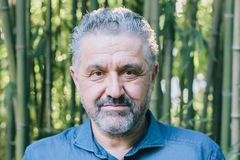