If you are writing a novel this month, you should be halfway through it by now. You should have 25,000 words. The goal is to get 50,000 down, between Nov. 1 and Nov. 30. This is the challenge set for National Novel Writing Month, a U.S.-led fad that is open to anyone from around the world who wants to participate.

The initiative is often shortened to NaNoWriMo. It originated in San Francisco in 1999; now millions participate every year. You do it by registering online at the beginning of the month, submitting a title and a synopsis, you submit the whole thing for a word count at the end. Any genre is permitted. Obviously cheating is possible (no one would know if you were to cut and paste previously written stuff, for instance), but the whole thing is meant to be a stimulus to writers who have problems producing, so it is done in an earnest and eager spirit. No prizes are awarded. The prize for completing the challenge is to have a finished novel in your hands, something most people never attain.

It's a great idea and has led to many published books. Interestingly, almost all of the successful ones belong to a categorizable genre of some kind: fantasy and sci-fi are particularly big, and many of these are for children or bear the disingenuous label "Young Adult." (In many cases this tag is another way of saying sentimental romance with teen characters.) Among published novels that arose from NaNoWriMo are: The Night Circus, by Erin Morgenstern, an impossibly twee fable about a magical circus, and The Forest of Hands and Teeth, by Carrie Ryan, a postapocalyptic zombie YA. Both of these were New York Times bestsellers.

The preponderance of magic and teen romance in this output tells us nothing except perhaps that more young than old people participate in this event, probably because in order to write an average of 1,667 words a day for 30 days you can't also do anything stupid like a job. (I suspect that a good many NaNoWriMo products are sponsored by that giant and unrecognized funding agency, Parents of America.)

Fifty-thousand words is actually quite short for a novel – it's about the length of The Great Gatsby. Some would call that a novella, but the labels don't matter. The odd thing is, despite the apparent ascendancy of teenage tastes in the culture at large, short novels are not terribly popular with publishers at the moment. Evidence: Dave Eggers book The Circle is 490 pages. The Luminaries, non-Canadian Eleanor Catton's Governor-General's and Man-Booker-winning novel, is 832. Donna Tartt's new book The Goldfinch is 771. The three volumes of the Fifty Shades trilogy total 1,664 pages. European sensation Karl Ove Knausgaard can't describe his breakfast in fewer than 50 pages, and he has a lot of breakfasts.

And in news that has depressed writers across Canada, a 34-year-old in the United States has just earned almost $2-million (U.S.) in advances for his first novel – that's right, first novel – called City On Fire. It is 900 pages long.

I'm fascinated by this story. It tells us a lot about the state of literary fiction. Publishers lament that their margins are razor-thin and literary fiction doesn't sell and the days of big advances are long gone. But guess what? They're rolling in cash. They're splashing it about like it's 1989. What recession? What Twitter? What video games? They are longing, desperately longing, not just for the next sado-eccliasto-vampire pulp, but for a certain kind of old-fashioned sociopolitical Big Novel. And betting on it.

This sounds like precisely the kind of book that has been deemed embarrassing and irrelevant by a number of intellectuals recently. City On Fire, by Garth Risk Hallberg, is about New York in the 1970s, and is being praised by its publisher, and by the movie producer who immediately bought the rights, for having a large scope, for being ambitious and political – in other words, for being a realist social novel, something that attempts to paint a portrait of a society in a place and time. The kind of novel that is now dead, that can't compete with fractured and fast-paced digital reality, that presumes an author as a plausible commentator on complicated news topics.

What to make of these apparently conflicting trends? Short escapist fantasies for teenagers on one hand, 19th-century-style tomes about social class and the human condition on the other. Well, they are not so different: Both are bad news for the vast cohort of creative writing students in MFAs across North America who are now finishing their entirely plausible, small-scale, personal stories in a compressed style. Imagination in subject matter and a wide social sweep are being rewarded by publishers and readers. Verisimilitude and formal innovation are not. Nothing is new here; nothing – no matter what machines we use to write on or what clouds we exchange our words in – has changed in 50 years. People want the same things from novels that they always have.

Hooray for brutalist architecture and its refreshing lack of irony
November 7, 2013 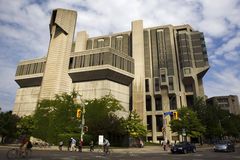 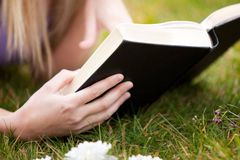 Now you too can buy a copy of perhaps the strangest book ever made
October 24, 2013 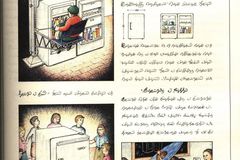