Kirby, a star of the Fasken Martineau law firm, knows his hometown. From rues to restaurants to the hangouts of the down and out, we can follow the city like a map. The story begins on Christmas Eve with Inspector Vanier uncheerfully drinking himself into forgetfulness. The past includes a failed marriage and a recently ended relationship. Then he is summoned out. "Crime," he considers, "doesn't take holidays."

Five homeless people are dead in five different locations and it's clear that there is someone evil on the loose. The action covers the week between Christmas and New Year's, and takes Vanier from the mean streets to the highest echelons of Montreal society, including the upper reaches of the Catholic Church.

Kirby knows how to plot, build character and maintain suspense. His Vanier is realistic enough to be credible and interesting enough for readers to hope for a return visit. This is an auspicious debut from a writer to watch. Incidentally, this is a crime-fiction debut for the publisher, Linda Leith, as well. We'll be watching for more titles from her.

Funny, smart and the perfect antidote to the seasonal treacle, The Snow White Christmas Cookie – the ninth novel by David Handler in the excellent Mitch Berger and Desiree Mitry series – turns the Christmas cozy on its head. As Des Mitry arranges to spend her first Christmas in the picturesque New England village of Dorset, it appears that hell has arrived for the holidays. There are three blizzards and 40 inches of snow. The next-door neighbour is dead of a drug overdose and there's a mail thief raiding this designated historic district.

Des could just kick back and ignore the mayhem, but then she uncovers ties to a black-market drug ring with overtones of organized crime and, with a fourth blizzard on the way, she's on the trail of a very cold killer. Don't mistake this for a traditional holiday novel with lots of cute bits. Handler knows how much sugar needs a dose of realism. This is the perfect "day after" book.

Those who love updated puzzle plots and solid English mysteries need look no further than this superb series featuring Anglican priest/sleuth Max Tudor. Malliet has managed to pay homage to Agatha Christie, while at the same time taking her favoured settings into the 21st century.

The setting is the perfect village of Nether Monkslip, where a house party at a local castle ends with two deaths. Max, who prior to his ordination was an operative for MI-5, finds plenty of motive among the dead's greedy relations, but it's his attraction to a local lady that is interfering with his deductive reasoning. This one has all the charm of an Agatha Raisin novel, but it's a lot cleverer.

Mountie Jane Jamison returns in this delightful Christmas confection set in The Shores, that lovely fictional spot just off the coast of Prince Edward Island. There's not yet snow, but there is murder, and it's one Jamison would just as soon not solve. The dead man was a bully and a thug. The suspects are all people once victimized by him and include women and kids. As she sifts the clues, she finds herself hoping for a Christmas miracle: that this death will turn into an accident. This one is great fun. 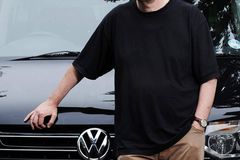 Murder? At Christmas?!! A guide to the latest crime fiction releases
December 7, 2012 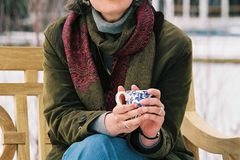