Four years ago, Garfield Ellis moved from Spanish Town, Jamaica, to Scarborough, Ont., ostensibly to be closer to his daughter, who was then enrolled at the University of Toronto's local campus. In reality, he had an ulterior motive.

This month, Ellis published The Angels' Share, a novel about a young marketing executive who accompanies his estranged father on a week-long quest across Jamaica in search of the father's long-lost love, whom he has not seen in 35 years. (The "angels' share" refers to the alcohol that evaporates while spirits are aging in a cask.) It's a novel about how children can never really know their parents, about the unique and often strange relationship between fathers and sons, about forgiveness and, most of all, about regret.

"One of the first titles for the book was The Seed of the Hour, because that's what we're discussing – trying to go back to that first point, that fork in the road, to see where I went wrong and can I right it?" Ellis says. "There are a lot of things in my life that I could spend my life chasing to make right, [but] I don't think you should go chasing these things. I mean, you remember things. There are a lot of things that I regret, and I remember, and I say, 'Oh my God, why did I do this?' Especially girls." He laughs, loud and long. "But I'll say to myself, if it happened again today, you know, I'd make the same decisions. Because I am who I am. You'll never change as a person. And what's what I've discovered. Because the same opportunities that you missed 20 years ago, if you get the same opportunities now you'll still make the same decision."

The author of three previous novels and two previous collections of short stories, Ellis grew up in Central Village, a poor community between Spanish Town and Kingston. "It's almost like a ghetto," he says. "It's the strangest thing for someone to want to be a writer out of that." He remembers, when he was 14 or so, writing in his diary: "First I'm going to find a career, then I'm going to buy my house, then I'm going to become a writer." He shared his plans with his stepfather and "he laughed at me. I'll always remember that. He said, 'You can't be that.'"

He went to marine engineering school and, afterwards, spent several years working for Jamaica's Caribbean Maritime Institute, where he served as a marketing director. When he was almost 30, wanting "to find out if I'm good enough," he tried his hand at fiction. One of his short stories won a literary prize, which led to a spot in the University of Miami's summer program, which in turn led to enrolling in the school's MFA program. Years after being laughed at, he told his father he was resigning from his job to devote himself to writing: "I've never seen anybody so shocked. A kind of wonder and admiration. I still remember the look on his face."

The cover of The Angels' Share features a blurb from Marlon James, who left Jamaica for Minnesota and who last year became the first Jamaican novelist to win the Man Booker Prize, something Ellis hopes spurs new interest in Caribbean writing from international publishers and readers.

"I think it's going to have an influence, definitely," he says. "Right now, people are taking notice – people who never noticed it before."

His publisher, Johnny Temple, founder of New York's Akashic Books, which has one of the most robust Caribbean fiction programs in North America, has already seen other publishers take notice. He mentions a new novel by an unnamed Caribbean writer he's long wanted to publish. "The agent very gently told me that a major publisher had just made a huge offer for it," he says. "And it felt to me like it was sort of the Marlon James effect.

"I hope that it's a sign of more to come, as opposed to just being one or two authors that get caught up in the excitement around Marlon," he adds.

What Ellis and Temple both say is needed is the proper infrastructure.

"When I started travelling down to the Caribbean," Temple says, "one of the things I couldn't help but notice was, 'Where's all the publishers? Where's all the agents? There's no one here!'"

To remedy this, Akashic and British publisher Peepal Tree Press, which focuses on Caribbean writers, have formed an imprint called Peekash Press. Temple hopes it will ultimately be a Caribbean-run entity, providing a home to writers such as Ellis who felt they had to go elsewhere to tell their stories.

"I never lived the life of a writer," Ellis says. "That's why I came here. So I could live as a writer." 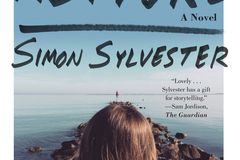 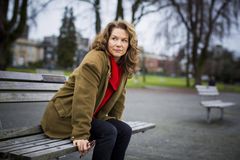 Review
Review: Paul Kalanithi’s When Breath Becomes Air is an exquisitely moving exploration of mortality
January 15, 2016
Follow Mark Medley on Twitter @itsmarkmedley
Report an error Editorial code of conduct
Due to technical reasons, we have temporarily removed commenting from our articles. We hope to have this fixed soon. Thank you for your patience. If you are looking to give feedback on our new site, please send it along to feedback@globeandmail.com. If you want to write a letter to the editor, please forward to letters@globeandmail.com.
Comments