After completing his term as Toronto's poet laureate, George Elliott Clarke was named Canada's newest parliamentary poet laureate last month. A critic, essayist and novelist, in addition to being a Governor-General's Literary Award-winning poet, he currently teaches at the University of Toronto. His second novel, The Motorcyclist, appears in bookstores this month.

When my father, Bill Clarke, passed away, aged 70, in 2005, he left me one item only: his diary. On Christmas Day, 1958, he received the diary as a present, and he kept it dutifully through most of the year, only tapering off during November and December of 1959. The reason? Having lost his railway employment on Halloween that year, he'd begun instantly a self-employed career as a commercial artist, a painter, and was successful at it, and therefore too busy to keep up the diary. Anyway, I believe he wanted me to have the diary for two reasons: one, so I would understand him better and two, so I would write about him. My first novel, George & Rue, had dealt with two matrilineal cousins who were hanged for murder in New Brunswick in 1949. I'm sure my father felt that his writer-son should be more interested in his sire's unconventional, though law-abiding, life.

In January, 1978, I took a night-school course in creative writing taught by Sylvia Gunnery, herself a student at Dalhousie University. In short order, she set up a meeting with one of her professors, Dr. Richard Raymond. I brought Prof. Raymond some of my teenage verse, and he read it with interest as I sat beside his desk, dreading his opinion. When he finished his reading, he looked at me and said, "Good news: You are a poet!" Then he reached in his desk, pulled out a sample rejection letter and said, "Get used to these."

I have to cheat a bit in my response, for I lived through the 1960s, which is my preferred historical period. However, I do wish I'd been a decade older, so I could have been 14 when the Beatles 'hit' or 18 when Trudeaumania rolled over Canada. I remember the 1960s very well, beginning with JFK's assassination, although I was only three years old when that event occurred. In any event, my reason for wanting to have experienced the 1960s as a young adult would have been so I could have enjoyed fully the liberationist ethos, the liberal mood, the libertine morality: To have been in Paris in May, '68, or in Haight-Ashbury in '67, or to have watched 2001: A Space Odyssey with the added dimension of a narcotic: seventh heaven. Instead, I had to delight in crayons and Nancy Drew…

I have to name 'books' within a book: Proverbs and Ecclesiastes – the classics of Hebrew literature – within the King James Version. And for delight? Always the Canticles, a.k.a. The Song of Songs. Always. 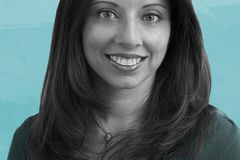 Iain Lawrence: ‘Novels must always be a blend of imagination and true confessions’
January 22, 2016 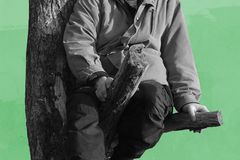