Prime Minister Stephen Harper's upcoming book on the history of professional hockey will be published in the United States rather than Canada because of prohibitions embedded in the government's own cultural policy.

Simon & Schuster, the U.S.-based company chosen to publish the English-language edition of the Prime Minister's book, is banned from publishing books in Canada under the Investment Canada Act. But the act does permit foreign-owned companies to distribute titles they have published in their home territories.

A single edition edited and printed in the U.S. will likely appear simultaneously in both markets, so Canadians will not have to wait to buy a copy.

"It's ironic that he is publishing with a company that is forbidden by his government to have a Canadian publishing program," Toronto literary agent Denise Bukowksi said. "But if North American rights are contracted in the U.S.A., they can get away with it."

Three years ago, the Harper government announced a review of the policy, which the government of Brian Mulroney adopted to promote the growth of Canadian publishers at the expense of the multinational companies that then dominated the domestic market. The government has yet to announce changes.

Concern that the policy unfairly restricts Canadian publishing has risen as the companies it championed have shrivelled and in some cases died. Canadian publisher McClelland & Stewart is now wholly owned by Random House, Key Porter and General Publishing have disappeared, and Douglas & MacIntyre is just emerging from a recent bankruptcy.

Simon & Schuster's Canadian office responded to the Harper government's initiative by making a case for free entry into the Canadian market.

Questioning whether U.S. readers would have any interest in the Canadian Prime Minister's book, industry observers see the deal as a diplomatic coup for the U.S. publisher.

"We have had a long history of publishing books on a wide range of topics by presidents and other world leaders," Simon & Schuster president Jonathan Karp said in a press release. "We are honoured to be publishing Stephen Harper's book on the early days of hockey, a subject that goes right to the heart of Canada's national identity."

The Prime Minister had no role in choosing a publisher for his book, according to Toronto lawyer Michael Levine, who brokered the deal. "These were all my decisions, these were not his decisions at all," Mr. Levine said, adding it was "extremely important" to achieve North American distribution for the English-language edition.

"Obviously, we're in a very transitional time in the publishing business here, and I talked to everybody, but I felt this was the best deal for him because of the enormous commitment on both the American and Canadian side of the border," Mr. Levine said.

Simon & Schuster "were the most aggressive because they were prepared to do North America," he added.

Globe and Mail columnist Roy MacGregor acted as an editorial consultant on the book. The publishers describe it as a "comprehensive history" and a "fascinating portrait of hockey at the turn of the 20 th century."

"Writing this book has taught me a lot about hockey and a great deal more about Canada," Mr. Harper said in the release. "I hope all who read the book enjoy it as much as I enjoyed the experience of writing it."

Although the provenance of the book will be foreign, the revenue will go to the Military Families Fund of the Canadian Forces Personnel and Family Support Services.

"The entire proceeds are charitable," Mr. Levine said. "[Mr. Harper] does not keep one nickel."

Editor's note: Roy MacGregor acted as an editorial consultant on Prime Minister Stephen Harper's hockey history book. An earlier version of this story referred to Mr. MacGregor as a "ghostwriter." 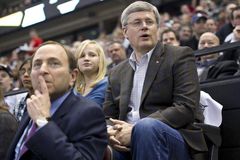 Harper’s book on the history of hockey to be published this fall
February 7, 2013 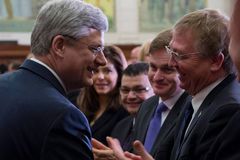 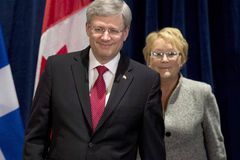 Ahead of mid-term shakeup, Harper tries to keep restless caucus in line
January 30, 2013 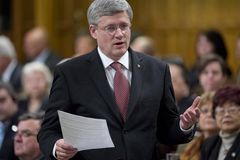