The updating of mythical heroes has gone too far. It's not just the recent gender-morphing of Thor I'm mad about, it's the brazen adulteration of the King Arthur franchise. I say the original King Arthur rules, and I have no tolerance for a politically correct "modernization" of the story. Everybody knows there was no Sir Lancelot or Holy Grail in the original King Arthur story, as told by Geoffrey of Monmouth in Historia Regum Britanniae in the early 12th century. Lancelot and the Grail were rudely added by Chrétien de Troyes 50 or 60 years later, around 1180. Are we really going to tolerate some French upstart turning King Arthur from a warrior into some kind of romantic soap-opera star just because it suited the spirit of the times? Let's stand firm in our defence of mythical characters in their original form, I say.

Or at least that's what I would say if I were one of the purists currently annoyed with Marvel Entertainment, owner of the comic character Thor, who's based on the Norse god Thor. Some fans were upset last week when it was announced that Thor – the god of thunder and of strength, the son of Odin, husband of Sif, fierce lover of the giantess Jarnsaxa, wielder of the mountain-crushing hammer Mjolnir and the iron gloves Jarngreipr – is now a woman, at least in Marvel comics.

The new Thor is still strong and warlike and helmeted and hammer-bearing, just female. The new storyline does not change any of Thor's essential characteristics, aside from gender. She is not meant to be Thor's sister or sidekick; she is actually Thor.

The explanations for this are more commercial than ideological: Girls comprise an expanding and lucrative market, but if you want them to buy comics, you need leading female characters. Comic creators are embracing this trend across the board. There are female superheroes such as Ms. Marvel, She-Hulk, Black Widow and a new-style Batgirl, who is a high-schooler prone to taking selfies.

Although the entertainment corporations talk proudly about female role models and empowerment, the primary impetus behind the new cast of characters is that they sell extraordinarily well: Harley Quinn reached No. 4 on the comic bestseller lists in June; Ms. Marvel reached No. 1 in digital comic books sold last February.

Comics are not the only domain where the tastes and purchasing power of teenage girls are being exploited – pop music and literature are undergoing similar transformations. The violent world of superheroes has gone Wattpad, you could say.

Still, it's a bit puzzling that one of the most masculine of legendary heroes could change genders with a simple keystroke of a marketer's laptop. Even progressive people of my acquaintance expressed the stern view that Thor is male, period. One literary acquaintance wrote: "Don't mess with archetypes. What's next, a male Rapunzel?"

Achilles started out in Homer as a complex character, essentially heroic. But then, after Homer, Aeschylus, Sophocles and Euripides all used him as a character of varying sympathy. When later Roman writers got their hands on him, Achilles became a murderous villain. Then, in Shakespeare's Troilus and Cressida, he is a notably unbrave character who actually gets the Myrmidons to kill Hector rather than killing him himself.

Nowadays. Achilles is more likely to be portrayed as an ideal homoerotic lover, a gay icon, than as a ruthless killer and desecrator of bodies. So much for the immutability of legend.

And yes, even the gender of mythical heroes has changed before. Anansi, the man-spider trickster of West African folklore, evolved in the oral culture of African Americans into Aunt Nancy – a woman-spider, or sometimes a female storyteller. And he/she in turn is the model for Brer Rabbit – proving that heroes can morph in species as well as gender.

Really, the most amazing things about this story are not that heroes metamorphose with society, but that Marvel owns Thor – that Thor is a "property" at all – and that this daring attack on the most sacred of masculine archetypes has been effected not by political will, not by the protests of concerned feminists, but by the vast power of the marketplace. You could say it was effected by capitalism itself. 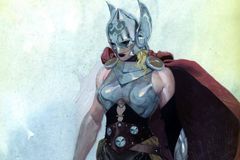 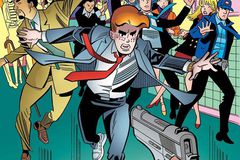 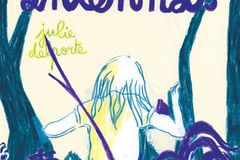