The historian Joan DeJean loves Paris. She has written several books arguing that France, and Paris in particular, is the originating place for much of contemporary culture, including fine dining, fashion, democratic social mixing, and just about every other urban good.

Her most recent, How Paris Became Paris: The Invention of the Modern City, attempts to prove that there were really no cities before the Paris of the 16th and 17th centuries, no cities as we commonly understand cities, as places of life and entertainment and culture and social possibility. DeJean, a professor at the University of Pennsylvania, argues that it was only the strenuous efforts of enlightened French kings to bring radical new systems into the city – large boulevards, planned public squares, wide bridges, street lighting, public transit, tourist destinations, protection and promotion of cultural industries such as fashion – that brought these ideas to the world at large. Before these early Parisian civil systems, she claims, cities were just dangerous medieval darkness.

DeJean has a clear disdain for all the other cities of the world – mere fawning impersonators of The Great City – and no interest in comparing Parisian innovations with all the most influential urban developments in history. (Could classical Roman sewage not be considered to be as important to the idea of city as Parisian street lighting? What about the Athenian Agora? The vast size of 17th-century Tokyo?) But her total enrapturement by her subject, her unabashed chauvinism, is itself endearing, and one is happy to let her gush on about Paris because Paris is, after all, pretty great.

Just as interesting as her minutely researched account of the infancy of the world's most beautiful city, though, is a more subtle argument coursing under the surface of her narrative. Whenever DeJean quotes from old French documents, she translates them into a brazenly contemporary and colloquial English. She quotes an old etiquette guide, for example, as referring to a woman's "hairdo," probably from coiffure, and it sounds resolutely American and 20th century. The effect is to illuminate the parallels between that murky age and our own. DeJean is quick to explain developments in old Paris as counterparts to our own recent innovations: the political flyers that were quickly distributed and read on the Pont Neuf heralded "connectivity," for example.

The unstated point – or at least the direction that my own thoughts go as I read – is that what Paris cultivated is what we should cultivate in our contemporary cities: If we want the great openness and wealth and sophistication that Paris can claim, we must pay close attention to urban planning and investment.

This book reminds me a lot of another recent study of the development of the modern city, this one about London: Vic Gatrell's The First Bohemians: Life and Art in London's Golden Age, a book I discussed in a previous column. Gatrell makes similar claims for London's role as DeJean makes for Paris: London in the 17th century was a new kind of place in which social classes mixed, largely in their pursuit of art; this social experiment became a tourist destination for the rest of Europe; this proto-democratic and cosmopolitan intensity came to define for a modern consciousness what a city is.

Similar arguments have been made about Greenwich Village in the 1950s and Berlin in the 1920s – and then again in the post-wall '90s. I suspect someone will soon make the case for Brooklyn in the '00s.

Is it my imagination, or are these books coming out thicker and faster now, now that the great cities are increasingly places no one can afford to live in any more? Why is it so fascinating to read now about the great success of urban planning of the past – is it that we fear that our own cities are failing? I certainly feel that my own city is: It is a place of constant construction, traffic gridlock and rudimentary public transit, a crowded place where it is nevertheless impossible for most people to own a dwelling. It has become literally exclusive, in a way that all huge cities are becoming: luxurious places walled in by invisible economic barriers.

I was in Paris recently and noted, as all North Americans do, how elegantly dressed and how very slim all Parisians are, and had to always remind myself that they are all wealthy and mostly come from the same social class. They would not be able to live in Paris otherwise. The suburbs look very different. The ethnic homogeneity and respectability of Paris's centre is charming but lacking in the newness, and the dark edge, described in these yearning urban histories.

Joan DeJean is at pains to point out that every single great innovation in the civilizing of Paris, from building projects to the first public carriage routes, came from an individual's vision and decree. Even if it was democratic in intent – like the provision for public carriages – it was not democratic in execution; it came from the top down and demanded huge sacrifices of its citizens. (When the king declared an area was to be rebuilt, the inhabitants simply had to move out. There were no committees arguing about this.) Perhaps the excitement of this colourful book, and of others like it, is their illustration of grand visions and their implementation, for vision is something that we yearn for now.Special to The Globe and Mail 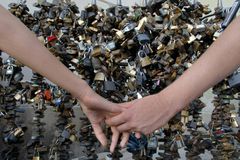 This Parisian hideaway is fit for a future king
May 11, 2018 Why you should visit Melbourne, Los Angeles, Chicago and Paris
May 11, 2018 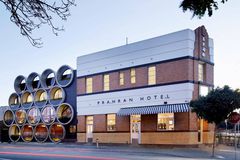