In Emma Hooper's novel Etta and Otto and Russell and James, Etta is an 82-year old woman who sets out from Saskatchewan to see the Atlantic Ocean – on foot; Otto is her husband, who stays behind; Russell is their neighbour and friend, who goes after her; and James is the coyote Etta befriends along the way, keeping her company and giving her advice – or at least that's what Etta, who is in the early stages of dementia, imagines.

It is Hooper's debut novel and it got a whopper of a book deal: It's been published in 23 territories and 18 languages.

Hooper, 34, was born and raised in Edmonton and moved to Britain in 2004, where she received a doctorate in musico-literary studies at the University of East Anglia, and now teaches at Bath Spa University.

The Globe and Mail reached her in Dartmouth, in the south of England, where she was working with her string quartet (yes, she's a violist, too).

I read that this story is loosely based on the lives of your grandparents. How so?

It's loosely based on my maternal grandparents. My grandfather on that side did come from a farm family, a big farm family of 15 kids, if you can imagine – madness – so that's taken from reality. And similarly to the book when he came back from the war, his hair turned all white over there. And that's actually a family trait because I've got kind of a white streak as well that I got as a child after a lamp fell on me – an angel-shaped lamp, even. So either the war or a lamp. You can choose your trauma.

Did he experience the trauma in the war that Otto did?

I don't really know. He's passed away now; both my grandparents have. And we never talked about it, so all of the things I know I got mainly from my mom about that time of his life. Like a lot of men of that generation he wasn't eager to talk about it. He was eager to get home and get on with life.

And when he came home did he marry your grandmother?

Yes, she was a teacher in a one-room schoolhouse like in the book and that is where they met as well.

You grew up in Alberta. You live in Bath. You set the novel from Saskatchewan east. Why did you make that geographical choice?

My maternal grandparents and my whole maternal side of the family is from Saskatchewan. So I spent lots of magical time over there, and I would have nothing to do because it would be summer holidays and it's just so big and vast and empty. So this impression of Saskatchewan as this giant, empty canvas of a place was really burned into my memory. That's why I wanted to write about it. And because there's Who Has Seen the Wind and a few strong Saskatchewan parts of literature historically, but there's not a huge amount. And it just really appeals to me in the very middle-of-Canada kind of a way.

I wondered if there was any literature that was a guide or inspiration to you about the Prairies or even Canada.

There's a wealth of salt-of-the-earth Canadian literature, isn't there, about the soil and the tears of the Canadian land and people, and loads of it, but there's not anyone specifically that I was setting out to emulate or be inspired by. I think the biggest inspiration or the thing that made me want to write about Canada the most was being away from it, actually.

How did you conjure the Canadian landscape while writing in England?

I think I had to be writing in England or somewhere else. I think to gain the objectivity necessary to write about it, I had to be away from it. It's a forest-for-the-trees type thing. When you're stuck in something you could be researching it and I definitely did that – go home and take notes – but in order to put it all together into a story I needed to be one step away.

I think in A Moveable Feast, at the very end, Hemingway says, 'I had to move away from Paris before I could write about it,' and it's totally the same thing.

You're employing magical realism in the novel, but has anyone at any point suggested this might be asking a lot of readers in terms of suspension of disbelief?

I definitely got that you're asking a lot of readers in general because, wait a minute, there's no quotation marks and you have a talking fishhead and now I can't really tell which character's which. But my editors are great and they all understood and were quite keen on the fact that that's kind of where the magic lies. That's where the schematics of the book lie.

It's meant to drift in and out of understanding a little bit, and it's meant to make the reader not work but be involved so you can't just sit back and be totally passive and just skim through on a surface level.

You have to start making decisions. Do you as a reader think that James is actually talking or not? What do you think happens at the end? And I think we all agreed that that was cool.

It worked; you scored a huge publishing deal with this novel and it's getting buzz all over the place.

It was just insane. I was sleeping on the floor of a house of three magicians at the time. She called me really early in the morning and they're magicians so they work late; they were all asleep, so I had to creep out of their flat quietly so as not to disturb them and take the call on the stairs and then get quietly excited until everyone else woke up. It was all very surreal.

In reading reviews of your book and other coverage, I think the word I came across more than any other was "quirky." How do you feel about that characterization of the novel?

That's really interesting. I don't mind quirky. I'd way rather be quirky than banal any day of the week. It's generally a positive thing; people don't say that to be mean or negative. But it is a little bit gendered, which is interesting.

I think women's work is much more likely to be termed quirky and what it actually kind of means is innovative. It means you're doing weird stuff and weird means new, so it's interesting. I [don't have] stats on this or anything but I wonder if when Jonathan Safran Foer or Dave Eggers does something very new or weird in their literature, if they get quirky or they get innovative. Quirky's kind of like, oh, people look at you and you are crazy to them, whereas innovative or whatever is sort of like, oh, you're making this impact on the world as opposed to the way the world is seeing you. All that to say I don't mind being called quirky. 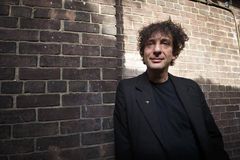 Author Anne Tyler: ‘I have always wanted to time-travel’
February 13, 2015 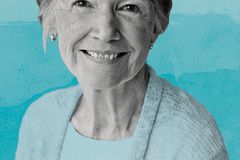