To celebrate the 20th anniversary of the Scotiabank Giller Prize, throughout October The Globe and Mail is convening discussions of past winners and judges. Here, former Giller jurors Charlotte Gray, Bob Rae and Jane Urquhart share their experiences judging the country's biggest fiction prize.

Why did you agree to be a

Jane Urquhart: Both times, it was an honour to be asked. The first time was very interesting because it was the developmental period. None of us knew where the prize was going – it was year two, and I was on the jury with Mordecai Richler, and I greatly admired Mordecai, though did not know him all that well at that point. It seemed like a wonderful, exciting and new thing.

Bob Rae: I enjoy reading, and I've always been a big supporter of what [the prize's founder] Jack Rabinovitch has done and how it's helped to create a lot of excitement around Canadian books. I felt it was my time to step up to the plate.

Charlotte Gray: Because it was the best excuse I've ever been offered to do what I love doing anyway – lying on our cottage dock, reading all summer. I was thrilled when Jack phoned and asked me to be a juror – and shocked. I read a huge amount of fiction, but I'm a non-fiction writer myself, so I asked Jack if he felt I was really qualified. He gave a short laugh, then said, "Yes." We never discussed what the appropriate qualifications might be, other than biceps for box lifting and an ability to read a book a day.

What was the most surprising part of the process?

Rae: How much fun it was. My fellow judges were Margaret Atwood and Colm Toibin, who sort of tolerated my being there. I represented the general reading public in that discussion. And it was a real education, to hear how they read stories, and to see what they saw or didn't see in a book.

Gray: I was amazed at how many novels fall apart in the last 20 or 30 pages. As a judge, you know quite quickly whether a particular novel is a serious contender for the short list (there was no long list back then) so if you are bogged down, you can discard it. But there were so many books that I was 80-per-cent through, and still thinking, "Wow, this is a beautifully written, great story," and then … collapse: All the energy fizzled out, and the novel died a premature death, just as if the writer had lost interest in anything but reaching some nominal finishing post.

Urquhart: It was fascinating, because I discovered that reading in bulk can be very enriching for a writer because you have to bring to consciousness the kinds of things you would apply to your own writing. You have to know why you don't react or respond to a particular book, and why you do to another book.

What was the most difficult part of the process?

Urquhart: Choosing the short list and choosing the winner. The problem is that once you get to the shortlist stage you're really dealing with practically equal weight in each book. One book is for some reason going to be just that little bit more moving or profound or important in some way or another to all three jurors. I always felt kind of awful about the other four, because we all really loved those, as well.

Gray: Selecting a shortlist of five. We each had two or three favourites that we were not prepared to let go. In my head, I kept asking myself whether I should back off, because the other two were novelists and I wasn't. But then I'd remind myself that I didn't agree with all their choices, and I was the only woman reader on the jury (not that either of my colleagues was big on macho writing.) In the end, we failed to limit ourselves to five titles. Jack let us have one extra, so there were six on the short list that year.

How has the dominance of prizes like the Giller changed literary culture?

Rae: It adds interest. Jack is somebody who wanted to add a little publicity and life. There's a showbiz aspect to what he's done that will inevitably have its critics. But those critics are wrong.

Gray: They bring attention to books; they give shortlisted and winning authors money; they help readers (particularly in book clubs) find books of which they might otherwise be unaware. But they've undoubtedly skewed the market. Being shortlisted can compensate for poor sales; not being shortlisted can be interpreted as rejection. And publishers now build into contracts financial incentives for winning one of the big prizes – as though that is going to help shape the prose and spur the author to greater effort! Every jury is different (thank heavens), so it is impossible to predict what a particular jury will be looking for two or three years down the road. But that $5,000 publisher's bonus is dangled in front of you as though you can influence jury deliberations.

Jared Bland is The Globe and Mail's Books Editor.

How the Giller closes deals and opens doors
October 11, 2013 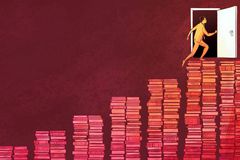 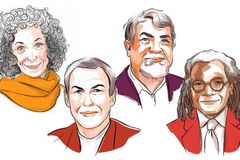 Giller winners on the allure of words in a world of TMI
October 18, 2013 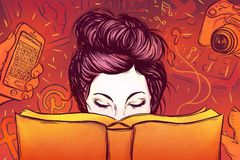