Every publisher cherishes the dream of a perfect author, and if such a vision ever came to Earth they would name it Cathy Marie Buchanan.

They might question her obscure roots and the unlikely path she followed to literature, stopping off in biochemistry and information technology before alighting in creative-writing classes at night school, but they can no longer doubt her accomplishment.

Buchanan's first novel, The Day the Falls Stood Still, sold for a healthy advance, turning up in 60-copy lots on the front tables of every Barnes & Noble in the United States, even making The New York Times bestseller list. Her second, The Painted Girls, became a Canadian bestseller the moment it was released last month, thanks to heavy orders from market makers Indigo and Costco. On the eve of its U.S. release last week, the novel was sparking buzz like few other titles.

First thing one recent morning found Buchanan in full makeup in her immaculate Toronto home fielding the latest good news from her New York agent – a feature review in People magazine (outshining the mere mention of Toni Morrison's latest) – while stacking up media interviews like cordwood. She had already done a group lunch with Vogue, O, Good Housekeeping, Glamor and The New York Times Magazine. NPR, the National Post and Chicago Tribune would be later in the day.

There are supposedly three boys and a lawyer husband living in the same three-storey Riverdale home – overlooking the park, a few doors down from author Vincent Lam and family – but the only evidence of their existence is an unnaturally neat pile of hockey sticks and skates concealed behind a pantry door. Elsewhere, bare wood floors gleam as if lit from below. Perfection reigns.

But that alone does not explain Buchanan's emergence as the perfect author. Nor does the undoubted professionalism she gained in her previous career in marketing for IBM and Rogers, which today ensures a full day's work in the fields of fiction beginning at 8:30 a.m. sharp, the minute the kids are out of the house. She works fully dressed, but – a confession – with hair in a ponytail.

Buchanan describes herself as a "disciplined" writer. "I don't wait for inspiration," she says. "I get up and write every day." At 50, her face is sculpted and unlined, her eyes brilliant blue and her body dancer-trim.

But perfection in an author today requires above all mastery of social media, and in that Buchanan has few peers. "I'm very comfortable with tweeting, I have a very active author Facebook page, I Skype book clubs all over the world," she says. "I either went to or Skyped 100 book clubs for The Day the Falls Stood Still." She has organized an online collective of authors who have all agreed to post news of one another's book launches.

Really what makes Buchanan all-round perfect is not just her discipline but its source, which is not corporate life but art – namely dance, which she studied intensively as the eldest of four sisters growing up in Niagara Falls. In The Painted Girls, a historical novel centred on aspiring ballerinas scuttling among les misérables of belle époque Paris, the two creative ends of the author's otherwise businesslike life join together into a sumptuous whole.

Buchanan discovered her characters in the annals of art history, where scholars led by Canadian Douglas Druick had planted suggestive biographies of the model, Marie van Goethem, who posed for artist Edgar Degas's famous wax sculpture, Petite danseuse de 14 ans. Her imagination filled in the details, along the way cleverly incorporating the stories of two young criminals whose portrait Degas exhibited alongside the now-famous figurine.

"When the sculpture was first exhibited in 1881, the public didn't see a young ballet girl dressed in her practice clothes," Buchanan says. "They saw a whore. They called her a flower of the gutter."

A seedy demimonde thrived behind the scenes of the ultra-opulent, then-new Palais Garnier, where impoverished young ballerinas-in-training vied to attract the attention of louche habitués in search of fashionable mistresses. Contrary to the image of the innocent we see today, Degas presented the plain and bony young Marie as a fitting third of the two accused criminals in the portrait titled "Criminal Physiognomies."

Into that rich historical mulch, Buchanan expertly seeds a melodramatic fiction of bad-boy love and sibling rivalry among the three van Goethem sisters, all of whom were known to have studied dance at the Palais Garnier. The result touches so many high-value bases in the field of popular fiction it would seem cynical if less well-handled.

As a former marketing executive, Buchanan knows the game and is closely watching it play out on Twitter. "Degas, ballet, art, sisterhood – those are the four things that will draw people to the book," she says. Based on early response, she predicts The Painted Girls will handily outsell her very successful first novel.

But what really makes Cathy Buchanan perfect is that such hard-headed thoughts never enter her mind when she sits down to write. "I write a book I'd like to read," she says. Her discipline banishes any business savvy from the creative process she has rediscovered in middle life. "I feel that if you made your writing too contrived to meet the market it wouldn't be any good."

As if to emphasize the point, Buchanan is currently working on another historical novel set in Iron Age Britain on the eve of the Roman conquest.

"I surely didn't get into this to make money," the author says. "I could have stayed doing what I was already doing to make money."

It's just an old habit she can't quite shake. 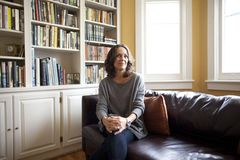 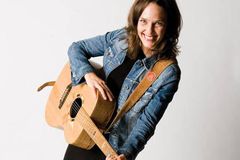