When it comes to celebrity gossip, bigger isn't always better.

Some of the biggest news about the Biggest Celebrity Divorce Ever© hasn't come from the weathered hordes of American celebrity bloggers and megasites such as TMZ.com, but from the Vancouver home of Lainey Lui, a Canadian blogger who has run her own site at laineygossip.com since 2005.

Since her first big scoop – she was the first to report Brad Pitt and Angelina Jolie would have their baby Shiloh in Africa – she has leveraged her strong opinions and willingness to take sides in celebrity battles to win over sources friendly to the world's biggest names.

And so it was that she was at the front of the pack in covering Tom Cruise and Katie Holmes's divorce, and was among the first to report that a desire to live in New York was as much a part of Holmes's decision as worries about Scientology.

She's an example of the new media landscape, where access to printing presses and television cameras aren't enough to put you at the front of the biggest stories. Armed with only a computer and the promise of anonymity for her sources, she has built a brand that generates enough income to keep her in the game full time.

You've broken stories on the divorce because you have taken a side, right?

I started by covering the media coverage and I became interested in where the information was coming from because it was being leaked from each camp. I tell readers that.

So you get to have it both ways – you can express shock at the leak and then blog about the content of the leak? Does taking a side lead to more tips?

Sure. But my readers are saying they appreciate that while I'm definitely pro-Katie and anti-Scientology, I still point out what a bad-ass she is. She's playing everybody, she's not just a wide-eyed single mom. She's manipulating the media to serve her purpose.

That media includes you. Would you say you're a fan?

Yes, but define what kind of a fan. I appreciate her sales pitch and that she's doing it so well. I wasn't a fan of Mrs. Tom Cruise, but I'm becoming a fan of Katie Holmes as a manipulative publicity strategist.

How did you get started doing this?

I've been doing this site since 2005, and six months into it, I started doing eTalk. I have no background in journalism, no formal training in reporting. I studied at Western with a double major in French and history. I worked in social services. So, as a hobby, I started a newsletter to my friends about celebrities and I just started editorializing – and now my site is 80 per cent me editorializing on the day's news stories.

But you also break news. How does that work?

I do get exclusive information, or at least information from sources who work in the industry who help me analyze what's happening. But at the beginning, I had no sources and wasn't a professional. I don't know if I'd call myself a professional now.

So how do you build sources?

My first big story after launching was I was the first to report Brad Pitt and Angelina Jolie would have their baby in Africa, three months before even the tabloids.

But how do you get that information in the first place?

When you are online, people can reach out with anonymous information without barriers. So it's easier to do that than to walk up to someone at dinner and tell them something. Being on the Web opened me to a reader base that saw something in my writing and wanted to connect with me.

How do you know which anonymous Internet weirdos to trust?

I get it – I'm very protective of my gossip blogging. There's a lack of responsibility out there. If I get a tip from Hotmail, I don't just publish it right away, believe me or not. I'll sit on it, talk to an established source to see if I can legitimize the tip. Sometimes I'll just sit and wait on something.

What if you blow it?

I feel that my reputation is pretty good and I generally have an accurate track record. I worry about lawsuits, which hasn't happened to me. But now I feel like everyone is starting gossip blogs, and I don't know that everyone applies those standards.

The second or third wave of bloggers are dragging down what I call my industry. I know traditional media can look down at gossip blogging and consider bloggers novices. I get it – I read newspapers and there's a standard of journalism I'd like to respect. But it's pretty hilarious – the Internet is out of control.

So you're mainstream media now, right?

I like to consider myself grassroots. It's just me and my husband and two dogs. Some entertainment bloggers have turned into the Man. If you spend some time reading my blog, the language is very edgy and non-mainstream. I try to remember the whole reason I started this is because consumers were tired of all the safe entertainment stories. The gossip consumer was tired of that. That gave rise to me. Maybe our reach is very healthy, but if being mainstream means being nice, then I'll never be mainstream.

There are certainly more profitable things I could be doing. But I'm not starving, I can feed myself and my dogs. But I rent my apartment and don't jet around in a private plane. I do shop, though, and can buy some shoes.

Can anyone do it?

I don't know that everyone loves celebrity gossip as much as I do. I think it might be a little sad that I live and breathe what Tom and Katie are doing.

Is there anything you won't cover, regardless of how many pairs of shoes it would mean?

I don't like talking about dead people. And I also don't post pictures of celebrity babies by themselves. They have to be accompanied by their parents. For sure, I lose lots of traffic, but to me gossip should be fun. And I'm superstitious: Writing about dead people is a total hex.

The TomKat split: Is Hollywood getting a divorce from Scientology?
July 7, 2012 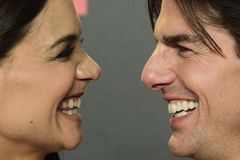 Hunted and haunted by the Twi-Hard hordes
November 20, 2009 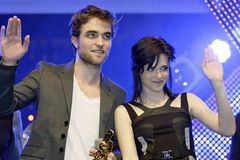 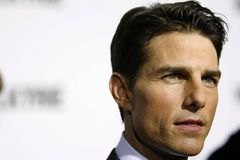 The misery of Katie Holmes. What happened to her?
February 28, 2011 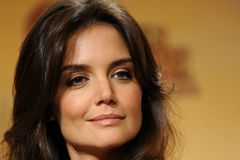