As the title suggests, Alan Bradley's fourth Flavia de Luce novel is haunted by mysterious figures, some fully hidden and some hiding in plain sight.

The award-winning Bradley masterfully weaves a ghoulish yuletide tale against the backdrop of the crumbling Buckshaw mansion. Still, there are no see-through spirits here. The story breathes characters full of charisma, colour and nuance.

Top among them is the series' whip-smart narrator, the 11-year-old hobby sleuth and compulsively curious Flavia de Luce. What she lacks in age, she makes up for with her wits and resourcefulness, and a savage passion for chemistry (especially poisons).

For those unfamiliar with the series, Flavia's mind functions as a kind of neurological crossroads, where the likes of Madame Curie, Agatha Christie and MacGyver meet to unravel the crimes plaguing this remote 1950s English countryside.

While Bradley arms Flavia with an ancient, fully stocked chemistry lab – her Sanctum Sanctorum – his greatest gift to her (and to his readers) is her ability to think deeply. She proves a thoughtful observer, capable of giving pause to ideas not yet fully formed, and allowing them to percolate and collect until they are remarkably lucid.

She doesn't rush herself. She thinks things through. She contemplates and assesses. And, like any good detective, she not only notices clues left behind but ones missing from the equation, too.

With three solved murders under her belt, Flavia is quickly gaining on the local inspector – her intellectual rival as well as her mentor (who, by the way, has yet to approve the arrangement). Upon running into him unexpectedly, she observes: "[Inspector Hewitt and I]stood staring at one another across the foyer like two wolves that have come from different directions upon a clearing full of sheep."

With the inspector at her coattails, here is what gives rise to her next investigation: With bankruptcy looming, Flavia's reclusive father decides to open up their Buckshaw estate to a London film crew. And this is not just any film crew, but a film crew working closely with famed star Phyllis Wyvern.

With Buckshaw serving as the setting for their next big picture, the crew descends. A rogue snowstorm maroons the team, half the local parish curious about the visit and, purportedly, the culprit – all within the confines of cold, rickety Buckshaw. Sure, Wyvern may be past her prime, but she still knows how to command her audience – even in death. The untimely demise of the self-absorbed screen siren – she is strangled with a length of film from one of her own movies – poses lots of questions and even more suspects.

With nobody going in or out, a classic whodunit ensues. Was it the electrician? The dresser? Or was it someone far less conspicuous? The story introduces us to new characters and reunites us with old favourites (Nialla, also known as Mother Goose from Bradley's The Weed That Strings the Hangman's Bag, returns in a big way).

The story also hints at Flavia's looming sense of change. Bradley reminds readers what a little room and freedom to interpret the space afford a growing mind, especially one as curious as Flavia's. Her insatiable thirst for knowledge is infectious. ("It makes you wonder, doesn't it, who wrote the laws for the wind and the rain, the snow and the dew?") Her faults are endearing.

As in the past three works, Bradley gives a thrilling ride. Out of a creaky old mansion, he conjures a vivid and vivacious story – and yes, raises a few old ghosts, too. But the storyline comes a close second to Bradley's delightful use of language. He gives the impression he has as much fun crafting sentences as Flavia does mixing noxious compounds. His writing is clear and memorably playful. I Am Half-Sick of Shadows is a delicious, lighthearted holiday read best served by a crackling fireplace with warm eggnog – but please, hold the noxious compounds.

THE FLAVIA DE LUCE BOOKS, AND WHERE THEIR TITLES COME FROM

Canadian writer Alan Bradley's four Flavia de Luce mysteries all feature whimsical titles. Here's a quick look at the origins of each and how they tie into the stories.

The Sweetness at the Bottom of the Pie The first book gets its title from an early-18th-century poem titled The Art of Cookery, by William King. The full stanza reads, "Unless some sweetness at the bottom lie, Who cares for all the crinkling of the pie?" Flavia certainly wouldn't. King was a satirist, among other things, and his tongue-in-cheek humour is something that carries noticeably throughout the book and in Flavia's narration.

The Weed That Strings the Hangman's Bag This title quips about ominous undertakings and the common mortal trappings that lead to them. It comes from a late-16th-century riddle that British courtier and poet Sir Walter Raleigh wrote to his son. Ironically, in a sad twist of fate, Raleigh himself was handed the death sentence for treason several years after penning these lines. He, however, was executed by beheading, rather than hanging – a privilege afforded him by his social rank.

A Red Herring without Mustard Bradley gives a nod to the late-16th-century writings of Thomas Lodge and Robert Greene. To put it into context, Bradley refers to the following: "A cup of ale without a wench, why, alas, 'tis like an egg without salt or a red herring without mustard." The third title hints at themes of omission while simultaneously putting forth diversions, devoid of any real significance (a red herring). Flavia – and the reader – must learn how to wade between the two to stay on course in this mystery.

I Am Half-Sick of Shadows English Poet Laureate Alfred Lord Tennyson wrote these words in the Victorian ballad The Lady of Shalott. In it, Tennyson retells the medieval tale of Elaine of Astolat. She has been cursed and must keep weaving a magic web without making direct eye contact with the world or anyone else in it. Living in isolation, she is allowed a single mirror through which to explore her surroundings. In this way, The Lady of Shalott is perhaps not unlike the novel's famed movie star, endlessly experiencing the world through her own films. Also like the leading lady, she too is unfortunately doomed.

Dragana Kovacevic is a producer and freelance writer with a penchant for whip-smart kids and strong coffee.

A Red Herring Without Mustard, by Alan Bradley
February 11, 2011 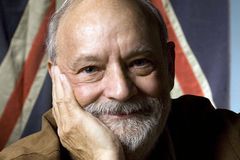