'My life is upbeat. My life has been fabulous. My life is fun." So Martin Short tells me.

I had asked him about the zany cover art of his new memoir, and the jokey quotes from his famous funny friends on the back: "This book, like Marty's life, is a nutty-mahvelous affair," blurbs bandleader pal Paul Shaffer, who, as usual, is unable to remove himself from character for even a second. "Martin Short is a comedy superhero and this book is a peek inside his Fortress of Solitude," blurts Amy Poehler, generically.

Similarly larky and non-illuminative praise comes from Tom Hanks, Larry David and Steve Martin. I can only assume none of them had read the book before they contributed their zingerific recommendations.

Because while the book is buoyant and full of anecdotes about showbiz-boldface types, it also soulfully and gracefully covers the untimely deaths of family members, friends and, most significantly, his wife of 30 years, Nancy, who died in 2010 of ovarian cancer. (Short also lost his parents and an older brother by the time he was 20, and his romance with fellow comedian Gilda Radner, who also died of ovarian cancer, is covered in I Must Say: My Life as a Humble Comedy Legend.)

"My natural orientation is happiness," says Hamilton-native Short, 64, chatting in his publisher's boardroom in Toronto, looking dapper in a dark blue suit. "But I have had lots and lots of loss."

The loss of his wife – "and a huge advance from my publisher" – was what spurred him to write, with David Kamp, the book. "After she died, I thought, 'Gee, I'm 60, and I'm in the same place I was when I was 20, which was trying to figure out how to get happy again. How do I make my life as carefree and joyful again as it's always been?'"

Short, famous for stints with Saturday Night Live and SCTV as well as roles in major motion pictures (on Broadway, he'll be joining the hit comedy It's Only a Play in January), describes himself as an entertainer and a storyteller, which is why he's always in high demand as a talk-show guest.

Within the book's 320 pages, Short tells a doozy of a tale about his first appearance on the Johnny Carson-hosted Tonight Show in 1988. He had been asked to do the show on numerous occasions previously, but felt at the time he was "too hip" for the gig, and so he did Letterman instead. Looking back now, he realizes he was "afraid" to do Carson, and he regrets his "stupid" thinking. He eventually crammed in eight more guest spots in the four years before Carson retired in 1992, including a prized appearance during the show's final week.

But back to his first appearance on Carson's couch, which he shared with the film legend Bette Davis. For Short, the experience, which involved him imitating Davis in front of her, was surreal. "It was like being on acid inside Alice's rabbit hole," says Short, whose voice occasionally cracks in the manner of his Jiminy Glick character. "I had watched Johnny Carson my whole life. It was completely insane."

During the course of a 20-minute interview, Short was something less than insane or zany. "Am I in character now?" he asked. He was not. Rather he was friendly, if somewhat guarded. "I'm a Canadian," he explained.

He's also a man of more than a few fabulous comedic characters. "I would have done Jiminy Glick for you had you asked," he admits, at the end of the interview. He compares humour on demand as something akin to a trained seal acting up for fish.

Short was correct – I hadn't asked him for a character or an imitation. (My choice would have been his booga-booga David Steinberg, because an Ed Grimley would have been too obvious a request.) Instead, I began our chat by requesting that our interview be conducted in the "key of C."

Without missing a beat, Short slipped into his old-time songwriter Irving Cohen. "A bouncy C," he responded with a laugh, referencing a stock line from the cigar-chomping character.

A bouncy C, then. That is Short, in short – in an upbeat major key, always. 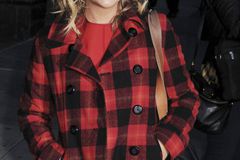 Bruce McCulloch writes about being a Kid in the Hall
October 19, 2014 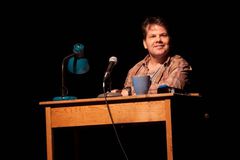 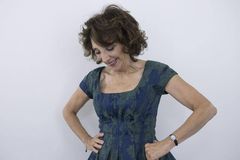 Who you gonna call? Cancon’s contribution to the comedy canon of Ghostbusters
July 27, 2014 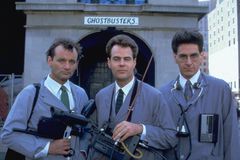