Nadine Gordimer's 1998 novel The House Gun describes a familiar post-apartheid South Africa scenario: A white boy kills his housemate with "the house gun." His parents cannot believe that he would do so deliberately. This narrative – white-on-white violence in a security-obsessed, gun-savvy, walled society – is in contrast to the other great narrative of white South African literature: arming oneself against the impoverished hordes outside the walls. And it is these two narratives – the "conflicting accounts" as the papers say – that are competing in the case of Oscar Pistorius.

The obsession with security is a staple of the nation's literature as of its life. My dad, an English prof, bought a Beretta pistol in his hometown of Johannesburg in the late 1950s, when he was around 19. Most white men did. He took my mom out for target practice on the veldt, something she hated. He said they had to learn to defend themselves. Only whites had guns.

One kept one's gun in one's bedside table, or under one's bed, as Pistorius did, and so the stories of accidental shootings were common – the husband who wakes in the middle of the night to strange noises and blasts away at his own wife was already a known phenomenon. One also always had a cricket bat to hand – an everyday object there, in the white suburbs, but also of a useful size for close quarters. In fact, my dad kept his boyhood cricket bat with him through his continental migrations, as much for self-defence as for nostalgia, and even in late middle age would talk quite seriously of taking it over to the student neighbours' parties if they were too loud. This was in Halifax, Nova Scotia, where cricket-bat retribution would not have been looked on indulgently by the authorities; we had to remind him of this late at night.

Not all the shootings that he grew up with were accidental of course. He told me of one obstreperous neighbour, in their new and isolated subdivision, in the mid-60s, who waved a handgun around when he was angry. He was burly, this guy, and he complained a lot about another neighbour's barking dog. The two men had a confrontation over the garden fence, with the little yappy dog present. The burly guy threatened to shoot the dog, and the neighbour said, sarcastically, "Good idea, shoot the dog." And blammo, he did. The armed guy won that dispute.

So, it was best to have guns.

Once, the aggressive neighbour – we'll call him Hans – called my dad in the middle of the night. He needed help: He had just shot "a black" at his front garden gate. The black had been trying to open it. Now Hans needed help hauling the would-be burglar's body through the gate and onto the property, so that all would be in order when the police arrived. If the black was on your property, then of course you had a right to shoot. The way my dad explained it, the request for body-displacement was also a not uncommon neighbourly exchange in those days. And what are you going to say to a guy like Hans?

This was just before the very high walls sprang up around every middle-class property, before the tightly girded condo communities like Pistorius's, with their pools and their guard towers and their private security firms. Nowadays, after a shooting, accidental or otherwise, one might not call the police at all; one would call security. Or, like Pistorius, the property manager.

When the private security firms began to supplant the police for the middle class, toward the end of the white government, their ranks were filled with former South African Defence Force soldiers, the trained defenders of the regime. Many of these men had, owing to compulsory military service, seen some sort of violent action in South Africa's border wars. The SADF had become adept, at that point, at designing and improvising their own weapons, since they were denied arms sales by most of the world. My dad used to relish telling me about some of their most ingenious devices: He particularly liked describing a sawn-off, fully automatic, drum-magazine shotgun he had seen – basically an indiscriminate crowd-clearing shot-sprayer.

To this day, the security firms will arrive faster than the police, and with machine guns. When you call them, you are calling in a great deal of firepower. Pistorius himself had a lot of firepower, right in the bedroom where he slept with Reeva Steenkamp, whom he is charged with killing, according to South African media. Reports have said that he had his own machine gun, and had recently applied for licenses for six more guns.

In most white South African fiction, though, the threat to the characters' safety is not seen to be coming from their own security systems: It comes from outside. Something Out There, a 1984 novella by Gordimer, portrays a genteel white suburb frightened by rumours of some large animal, possibly an ape or an orangutan, that keeps being sighted, and might break into your home at night. The unidentified animal is heavily symbolic of the African population itself, and the invisible gathering storm. The allegorical 1980 J.M. Coetzee novel sums up the expectation in its title alone: Waiting for the Barbarians.

Throughout the 1980s, most of the world expected a revolution and a bloodbath in that place; Gordimer herself fantasized this end in July's People, a work of speculative fiction that is set after the revolution has come and whites are being hunted and hidden.

That bloodbath never came. But white insecurity only grew, and since apartheid ended in 1994 there are more guns than ever. Coetzee's 1999 novel Disgrace concretized post-apartheid fears: The violence actually does come from the disenfranchised outside the front door, the second you open the door to them.

The danger without and the danger within: Which is the more difficult to assess? Nadine Gordimer's characters, in their fortifications, came, over 40 years, to the jarring realization that violent death can come not only from the tribal hordes outside the walls, but from inside the heavily armed house, from inside the bedroom even.

Opinion
In South Africa's war against women, everyone loses
February 20, 2013 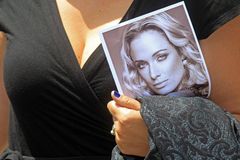 Book Review
No Time Like the Present, by Nadine Gordimer
June 22, 2012 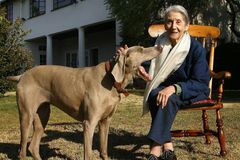