If Fareed Zakaria served up his columns encrusted with $100-million worth of diamonds, would you forgive him his sins?

The CNN host and author is in the middle of a public colonoscopy after a blogger discovered that a column he wrote on gun control for Time magazine last week contained three sections that seemed to have been lifted wholesale from a piece by Jill Lepore published in April by The New Yorker. In a statement, Zakaria apologized "unreservedly," but CNN and Time declared that they will suspend him for a month while they undertake a review of his work. The Washington Post, where he is a columnist, also said they would not publish him for a month.

And now gleeful critics are having a field day, scouring Zakaria's work for other signs of plagiarism. So far, the worst offence is that he appears to have lifted quotations from two other writers and redeployed them in his own work without attribution. But he defended that practice in an e-mail to the Atlantic Monthly's Jeffrey Goldberg (one of the two affected writers) on Tuesday, saying that he was merely following standard journalistic practice.

He's wrong in that, but you can see how he might not feel especially guilty: These days, plenty of journalists represent others' work as their own. (In the pilot episode of HBO's The Newsroom, when anchor Will McAvoy is introduced to the employee who writes his blog, he replies with surprise: "I have a blog?")

The most likely explanation of Zakaria's plagiarism is that he simply used a paragraph dug up for him by a researcher without realizing its source.

These days, it's not just journalists: Executives hire others to tweet on their behalf, just as speechwriters have been crafting the words of politicians for decades.

Call it the atelier model, after artists such as Damien Hirst, the bad boy who oversees a London studio of worker bees churning out his creations (like that diamond-studded skull), or the 17th-century painter Peter Paul Rubens, who would do a preliminary sketch and leave most of the actual painting to assistants such as Van Dyck.

Zakaria may just be too busy for his own good. Before the suspension, he was hosting his weekly CNN show, Fareed Zakaria GPS, writing those Washington Post and Time columns, and blogging on a daily basis. In the past three months, he recommended 16 books on his show, despite having told The Observer in a 2005 interview that he didn't have time to read books any more. (To be fair, two of the books he recommended were his own, so...) He was also giving speeches: Back in June, he got his wrist slapped for giving commencement speeches at Harvard and Duke University that had too many similarities for many people's taste.

But his ubiquity has been driven by marketing rather than journalistic imperatives: To stay a hot property, he needs to keep extending the Fareed Zakaria brand.

The same situation may have seeded the undoing of Jonah Lehrer, the bright young thinker who fell spectacularly from his perch a few weeks ago after he was discovered, over the course of a month, first, to have self-plagiarised, and then to have simply dreamed up some Bob Dylan quotes he used in his bestseller Imagine:How Creativity Works. At 31, Lehrer was a contributing writer to at least half a dozen magazines, a popular speaker, and the author of three books.

All of which brought to mind a prescient 1997 book by James Fallows, a national correspondent for The Atlantic. In Breaking the News, Fallows worried about the then-exploding practice of newspaper reporters spreading themselves too thin by also appearing on cable TV shows.

On Tuesday, he suggested to me that it might be time to re-establish our expectations of journalists. On the one hand, he said, TV audiences are savvy enough to recognize that news anchors and hosts are probably not the sole writers of the words they say on air. On the other hand, "when somebody is a quote-unquote 'real writer,' you're assuming he's responsible for the formation of his words and the expression that he's putting out," he said.

"These cases may be a useful moment to re-establish a difference between actual written product – that is, an article, a book, or even a personal blog posting – and things everybody assumes to be corporate."

More emphasis on journalism, that is, and less on a journalist's brand.

Janet Cooke: Spectacular cautionary tale of a promising young reporter who wrote an A1 story in Sept. 1980 for The Washington Post about an eight-year-old heroin addict. Two days after Cooke won a Pulitzer Prize, The Post admitted the story was false. She resigned, and left journalism for good.

Stephen Glass: Another superstar whose rise was built on fabrications. Made up elements of at least 27 articles written for The New Republic and three for George magazine. Left journalism for good, but wrote the 2003 novel The Fabulist, loosely based on his own life story. It sold poorly.

Jayson Blair: A once-promising young reporter who was found in the spring of 2003 to have fabricated dozens of elements in a series of stories for The New York Times, including the placelines on those stories. (He filed stories from Cleveland, Fairfax, Va., and Washington without ever actually leaving New York.) The Times called it "a low point in the 152-year history of the newspaper," which led to the exit of the paper's top two editors.

Jack Kelley: A star USA Today reporter, he was found to have fabricated or plagiarized for as many as 20 articles over the course of a decade. Left journalism in 2004.

Jonah Lehrer: Self-plagiarism and fabulism. In June, Lehrer copped to "self-plagiarism," for the offense of journalistic recycling. Five blog posts he wrote for The New Yorker, where he was a staff writer, featured reworked anecdotes he'd already used in pieces written for The Wall Street Journal, The Guardian, the Boston Globe, and Wired. Though The New Yorker forgave him his trespasses, he resigned from the magazine at the end of July after admitting he'd also made up quotes he'd attributed to Bob Dylan in his bestseller Imagine: How Creativity Works.

Michael Finkel: Created a composite character for a 2001 New York Times magazine cover story. Fired by the Times, he continues to do impressive work for National Geographic and others. 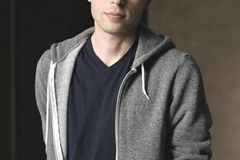 Probe of dean's plagiarized speech won't be made public, University of Alberta says 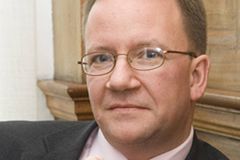 Can you own a tale? Canadian authors file plagiarism suit