If you are one of the people thrilled and fascinated by "numbers stations," you are going to love this story. It's the story of Webdriver Torso.

Don't know numbers stations? You are probably not conspiracy-minded enough. They are the short-wave radio stations found on frequencies around the world that broadcast a voice, at different times of the day, reading a string of numbers. Frequently the voice is a woman's or a child's, and often in a foreign accent. Sometimes they are just electronic tones. There are some famous ones. The Lincolnshire Poacher, for example, was the transmission from a Royal Air Force base in Cyprus that begins with a few notes played on a crude synthesizer (apparently the tune of a folk song, The Lincolnshire Poacher). It played its codes every day until 2008.

It's now accepted that these stations are used by government espionage agencies to disseminate secret messages to spies. They were more important during the Cold War. They also inspire artists: The meaningless voices in the dark are superbly creepy. Electronic musicians like to sample them (most famously by Autechre and then by the Scottish group Boards of Canada, on their Geogaddi album).

So people are always looking for their equivalents on the Internet. There is a lot of nonsense online, lots of cryptic pages obviously not meant for the general public, lots of gibberish. Some websites look like random words. Are they coded messages, an alien language? Or just robots talking to robots?

Recently speculation has buzzed about a mysterious YouTube channel. It belongs to "Webdriver Torso" and consists of thousands of 11-second videos with names that are strings of letters and numbers. Each video consists of five electronic tones and a few shifting red, white and blue rectangles. So far 77,000 of these have been posted.

Who is Webdriver Torso? Is this an Internet numbers station, broadcasting coded messages to someone with a device that can interpret the tones and colours?

The idea was first floated by a Boing Boing blogger called Enkidu; he called for someone to do a statistical analysis of the patterns. Excited cryptological theories were quick to follow.

A number of enthusiasts pointed out that YouTube videos would be an exceedingly non-secret way to disseminate a secret message, as computer downloads and even keystrokes can be remotely tracked.

It seems far more likely that the videos are automatically posted by a program that tests Web applications. An element of some Web-testing software is called WebDriver. The resulting tones and shapes are possibly just evidence of a test rather than meaningful patterns. It's possible that whoever set his software to post the test results on YouTube may not even be aware of it. Like so much Internet spam, it's completely meaningless. The numbers-station theory is far more glamorous.

So is another possibility: that it's an art project. There are precedents here, notably the cult-famous Twitter account for Horse E-Books (@horse_ebooks), a handle that spewed strangely evocative spam for a couple of years. People loved the poetic accidents and dark humour of its randomly generated lines – such as "Who else wants to become a golf ball?" By its end it had 200,000 followers who loved the idea that a robot could produce art.

Turned out the "robot" was a hoax. The account had been sold by its original creator to a couple of Americans who had been writing the lines themselves as part of an art project. Everyone immediately lost interest; it was only exciting when it was thought that the poetry had come from some kind of uniquely modern automatic process, from the Internet itself talking to us in an eerily human voice.

Webdriver Torso's videos do bear some resemblance to deliberately minimal art; the bleeps could be the most underground kind of techno. But they clearly aren't. They just remind people that something that looks like art can come out of randomness.

The question is: Why do we want there to be meaning in it? Patterns emerge from random machine information, just as patterns emerge in the natural world, and we have always tried to read those: the arrangement of the stars, the settling of tea leaves, the sculptures of erosion have all been interpreted as signs and symbols, as some cosmic force trying to communicate with us.

The industrial age produced its waste – its ineradicable chemicals, its mine tailings, its piles of tires – and the electronic age produces its effluent too. This vast library of useless tones is exactly that: the waste product of machines interacting with machines. The robots leave their own kind of worthless virtual clutter, mountains of detritus data clogging our servers and hard drives. It will all start to become symbolic to us, like the moods of the sea.

I did discover one other possibility: These beeps really alarm cats. Maybe the whole thing is the Internet's own immune-system reaction: It's producing its own anti-cat videos.Special to The Globe and Mail

Opinion
Turkey’s 15 minutes of free expression are over
May 2, 2014 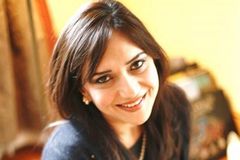 Opinion
We’re naive about the Internet, and Edward Snowden showed us why
March 31, 2014 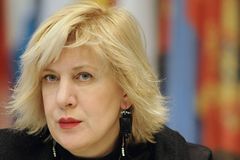 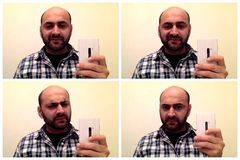