'This all happened a long time ago, in your grandmother's time, or in her grandfather's." That's the once-upon-a-time set-up of a haunting new Hansel & Gretel, the dark picture book by writer Neil Gaiman and Lorenzo Mattotti, the Italian artist and illustrator whose work regularly graces his own books, New Yorker magazine covers, the pages of Vogue and international gallery walls. If the story set-up seems deliberately elliptical, it's because the images started off that way. "Sometimes it's more interesting when the text is written after the images – normally it's the other way," Paris-based Mattotti said earlier this spring during a talk at Toronto's Italian Cultural Institute gallery.

Beforehand, the artist described how the idea for page after page of inky darkness first came to him a decade ago, during at trip to Patagonia, merely as a vague sense of atmosphere and emotion he wanted to explore. Mattotti, 61, eschewed his usual method (learned at architecture school in Venice) of "approaching the problem of space" – meaning no preliminary pencils, no planning of composition. "I was completely open to the inspiration and improvisation.

"Always in my stories there is a sort of metaphor around my own life and work," he adds. For example, his influential 1986 graphic novel Fires is a vividly colourful supernatural story about the confrontation of a disturbing atmosphere discovered on an island; its abstracted landscapes and surreal narrative were innovative in the modern medium. "I didn't really know pastels and discovered them along the way, the way the lieutenant [in the story] discovers the island life," he explains. "So it's a story about the lieutenant's discovery but in another way it's a story about my work.

"In the moment, it is an exploration of the forest, of paper, the brush," Mattotti says of each Hansel & Gretel page that began as tangled, fluid washes of black ink paintings. "I was fascinated with the images because when you start to look inside them, there is a sort of atmosphere – it is like where you are in a room that's very dark, and little by little you start to see things," he says. "The eyes adjust, they see the form and images. At the beginning you are afraid but little by little, you discover a landscape."

There was no fairy-tale narrative until he got a call from The New Yorker's art editor Françoise Mouly in 2007, who was organizing an exhibition at the Metropolitan Opera to complement their staging of Humperdinck's Hansel and Gretel opera (based on the Brothers Grimm version). And so the day after her call he put two characters – Hansel and Gretel, and later, the witch – into the experimental black ink paintings he had been working on. Those paintings were included in the exhibit, alongside artists such as Jules Feiffer, Roz Chast and William Steig. When the paintings were returned to him the following year, he decided to expand on the fairy tale and it was soon published by Gallimard in France, with story by author Jean-Claude Mourlevat and eventually in English by Mouly herself, through her publishing company Toon Books, and pairing Mattotti's art with text by Gaiman.

"I often work with other people because I like that another person is inside the work with me," he says, recalling a similar process with Lou Reed on the graphic novel The Raven, the 2011 culmination of the musician's adaptation of the Edgar Allen Poe poem. "If I am all alone in my studio the ideas arrive but soon start to be a labyrinth in my head, not always logical – I might go in an obsessive direction! With another person I can see my work clearly, the ideas.

"When I work, there is a sort of dimension of trance to it," he adds. "In psychology, that's a dimension nearer to dream, you have to forget the rational knowledge and open the door of memory, my personal imaginary archive." The archive here includes Gustave Doré and Goya, with Mattotti casting his mind to symbolist Odilon Redon and Cubist Jacques Villon, or to the horror comics of Alberto Breccia. Even the story itself was in the library of memory, crafted without revisiting the original Grimms' tale. "When I was very young, for me it was the worst, terror-est, horrible story I'd ever heard," Mattotti says. "I had a little book of it where I scratched out the face of the witch because I didn't want to see it, but after realized that my imagination was worse than what had been there on the page." 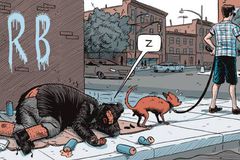 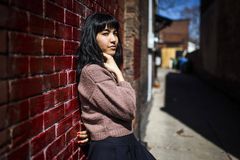