After having written for the New Yorker, the Paris Review and the London Review of Books, among other publications, Jana Prikryl published her first book of poems, The After Party, earlier this summer. Born in the Czech Republic and raised in Canada, Prikryl currently lives in New York, where she works as an editor at the New York Review of Books.

I really don't know. The "why" fuels the writing and only the act of writing can consume the "why." If you asked why I assembled the poems into a book rather than left them sitting in a drawer – it's because I wanted to give them a decent start in life, I wanted them to have a chance to converse with and be tested against the poetic tradition(s) that had helped produce them, and once the manuscript started to cohere, I wanted it to have readers. Because I wasn't getting any younger.

"Remember the hunchbacks, interpret nothing," which was given to me by Norman Rush in Mating. The line occurs after the book's narrator is horrified to see a group of identically deformed children in the desert; anyway, they appear to be deformed until they each remove a bowl from inside their shirts, which they carry across the desert for obvious reasons. As a person who's congenitally anxious and prone to seeing symbols and often nefarious designs everywhere, I find it helpful to have a little prayer I can utter when based on no real evidence I leap to conclusions. Then again, it is important to remember the strange shapes you think you see in things – it is in fact important to remember the hunchbacks.

Almost all the products of William Wordsworth's earnest little mind. Poetry tends to resist smug certainties and predetermined conclusions, but Wordsworth has a kind of genius for self-transcription: He thinks a thought or holds a belief, and then he spells it out for you, and in that transaction – which is hardly a transaction! Nothing has really been exchanged, or changed – there's no room for anything to surprise him much less the reader. I think his unquestioned pedestal in the canon has more to do with people's admiration of his positions, his "message," than with the ways he got that message across – which seems to me a function of the tastes of the prose-based community, warping what poetry is meant to do and capable of doing. Plus, he was personally and professionally cruel to Coleridge, whom I love in an awfully personal way. I tend to take my own partisanship on behalf of Coleridge past the brink of self-parody… because somebody's got to.

I can only suggest the only book I loved at that age: Harriet the Spy – the ur-text of those who wish to be invisible! I wasn't a great reader as a kid; up until I was 14 or 15, it's as though books reminded me of how hard it had been to learn to speak English – at the age of 6, after my family immigrated to Canada – and I just didn't consider reading a fun pursuit. I still remember my intense disappointment if anyone gave me a book for my birthday – before I entered adolescence, as I say, at which point I discovered all at once that books – though written, alas, in English, or in any language – were usually better than people.

There's a tiny remainder bookshop in Bath, England, called Good Buy Books, where I worked for five months between high school and my undergraduate years at the University of Toronto. I'd saved up for the journey from part-time and summer jobs and got my hands on the "bookstores" sections of Bath's and Oxford's Yellow Pages, and sent out application letters in a quixotic bid to be hired sight unseen. I actually received a flurry of very polite rejections, and one amazingly trusting acceptance. Good Buy Books is still there, selling remaindered art books and local tourist guides, and Bath itself – despite hordes of summer tourists – is miraculously preserved in its Georgian – and Roman – golden limestone sublime. 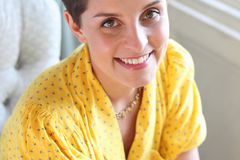 Jay McInerney: ‘It seemed to be more effective at warding off despair than the antidepressants’
August 5, 2016 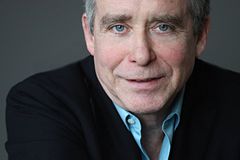 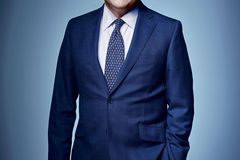