Jen Sookfong Lee is author of two previous novels, The End of East and The Better Mother, as well as Shelter, a novel for young adults. Her latest novel, The Conjoined, begins with a woman finding two dead girls in the bottom of her recently deceased mother's basement freezer. It was published by ECW Press earlier this month.

I read a news story about a family cleaning out their dead mother's house and finding two bodies in her chest freezers, who turned out to be foster children she had taken care of years earlier. Like a fine psychopath, my first thought was, "That's a story I need to write!" I used to also work in family support and had been thinking for a long time about social workers and the children they try to protect. In The Conjoined, the children are teenaged girls from a Chinese-Canadian family who live in Vancouver's Downtown Eastside in 1988, and I was very aware of how women and girls were disappearing from that neighbourhood. More than anything, I wanted to write a story that tells the stories we never hear, about overwhelmed social workers, immigrants who can never seem to break out of working poverty, and women and children who really aren't in control of their own lives. Also, there's a vegan who listens to Bon Iver in the novel, so I'm totally covering all the people!

My writing partners, June Hutton and Mary Novik, once spent a half-hour telling me to stop protecting my characters. I have a bad tendency to write characters thinly because I'm terrified everyone will think they're versions of me and conclude that I'm a narcissist. It took a year before I really listened to what they had said, but when I finally did, it opened up my writing and changed everything. Basically, when I teach and students hand in assignments with nameless and faceless characters, I say very sternly, "Stop protecting them!" And then I'm nice again.

One of my very favourite writing topics is sex scenes and people hardly ever ask me about them! I teach a sex-writing workshop and it's easily the most fun I've ever had in a class, for obvious and vaguely juvenile reasons, but also because writing intimacy scares the pants off most new writers and it really shouldn't. Every skill we learn when writing fiction – character development, establishing theme, emotional connection – comes to play in a good sex scene. Although I will say that there are no good words for certain body parts. None.

Many things scare me. That I'll write a book and no one will read it. That I will one day run out of ideas. That the mild arthritis in my hands will get so bad I'll have to use voice-recognition software. However, I will say that all of this is worth it for that moment when your new book arrives in the mail and you open it and that new book smell wafts up and you weep in joy.

For me, it has always been Matthew's death in Anne of Green Gables, not because it's terribly exciting, but because I was about nine years old when I read it, and my father had been battling cancer for two years by then and would die right after I turned 12. So, my heart broke when Matthew died. I have four sisters and people always asked us if my parents had wanted a boy (which they probably did), but, like Matthew, my father never made us feel that we were worth less or less capable, and he was our staunchest defender in a world that wasn't always kind to little Chinese girls. I love you, Matthew Cuthbert, you early and fictional male feminist, you! 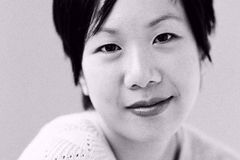 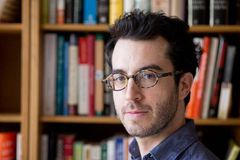 Review
Review: Anosh Irani’s The Parcel is part comedy, part social commentary
September 16, 2016
Follow us on Twitter @globebooks Opens in a new window
Report an error Editorial code of conduct
Due to technical reasons, we have temporarily removed commenting from our articles. We hope to have this fixed soon. Thank you for your patience. If you are looking to give feedback on our new site, please send it along to feedback@globeandmail.com. If you want to write a letter to the editor, please forward to letters@globeandmail.com.
Comments