Jian Ghomeshi is very good at what he does. Most days on his CBC morning radio show Q that means conducting nuanced interviews with musicians, writers, and other artists – often twitchy, delicate types. Ghomeshi knows how to listen and draw out surprising revelations.

But put him up against a politician possessed of Olympian concentration and gold medal-worthy talking points, and he seems to be out of his league.

On Wednesday, Ghomeshi spent almost 30 minutes with Dmitry Chernyshenko, the president of the Sochi Olympic Organizing Committee, where (with apologies to the Summer Games for mixing metaphors) he failed to lay a single glove on him.

There was plenty to talk about: Over the past nine years, Chernyshenko oversaw a megaproject built atop an environmentally sensitive wetlands area, which some Russian politicians say has lost tens of billions of dollars to corruption. Some called for a boycott of the Games over anti-gay legislation passed by Russia last summer.

Ghomeshi began with familiar generosity, allowing Chernyshenko to speak about his personal pride in building the Games from scratch. But when he tried to turn to the tough questions, he seemed overwhelmed by the opportunity.

"Let me get to the inevitable questions – some of which I know you've been asked," Ghomeshi began. "You know, there's been a lot of negative attention on Russia about the new anti-gay law, the sense of threat from some critics of the government. There's talk of corruption, there's the environmental degradation. How big a challenge has it been for you to try and present your idea of what the Games are, in a positive light, against all that negative attention?"

Chernyshenko barely blinked, before replying that he was pleased to see how, "when the Games started, all the interest switched to the performance of the athletes."

Ghomeshi: "Do you worry about the negative attention?"

Chernyshenko: "Any discrimination, whether by race, religious, or sexual orientation is impossible by Constitution in our country, and you see that nobody complains. Our president many times reiterated that even open gays were rewarded in the Kremlin with the Order of Honour." He indicated his jacket, a multicoloured number. "We're wearing the rainbow uniform. You know, we're very tolerant."

Living in the spotlight, Ghomeshi is sympathetic to artists who don't want to open up their personal lives. That is an admirable quality in a certain type of interview, but it means Ghomeshi has a tendency to apologize before asking prying questions, or exploring issues that might make his subjects uncomfortable.

So when it came around to the issue of politics and sport, he sounded like a coach getting someone ready for the big game. "Let me try this question on you," he began. "You've said you don't want to see the Olympics used as a stage for political statements. You're not the only person to say that. I was curious. Why? Why not allow – why is it important to keep sport and politics separate? I mean, it could be a point for discussion, couldn't it?" Chernyshenko batted it away with a reference to the non-political nature of the Olympic charter.

Toward the end, Ghomeshi noted that a member of the International Olympic Committee had said corruption may have inflated the cost of the Games by as much as 50 per cent. "That was misinterpreted," replied Chernyshenko, blaming a poor translation of the IOC member's comments. "You should probably review what he said at the end."

He continued: "The reality is that our president said that there were no big issues with corruption, and if somebody knows some facts, we would appreciate to know it and share it with everybody."

Ghomeshi looked down at the paper in his lap, then retreated to his wheelhouse. "With all the effort," he asked, "what are you honestly most proud of, at this point?"

Media do an about-face on Sochi: Forget the twin toilets, we love Russia
May 11, 2018 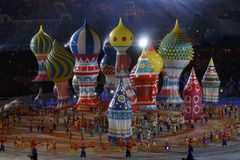 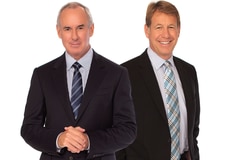