Even if he speaks freely (and eloquently) of his own shortcomings – and his mother's diappointment in his career choice – Junot Diaz, it can be said, is a genius. Not only is this apparent from reading his work – most recently, the National Book Award-nominated short-story collection This Is How You Lose Her – but it is an official bestowal with the awarding this month of a MacArthur Fellowship – the so-called Genius Grant – worth $500,000 (U.S.).

It is also evident in conversation. Diaz is captivating with his casual, expletive-laced brilliance, whether at a writers festival event, or over an early-morning coffee.

"The same way that one must scale buildings, one must scale the emotional dimensions of your make-believe characters, and you do so by taking soundings of your internal self," Diaz said Wednesday in Vancouver, a city he is visiting for the first time but to which he has a connection: His girlfriend's grandparents lived here, and she used to visit regularly.

The building-scaling answer follows a brief conversation about architecture, and comes in response to a query about how he mines his own experiences in the creation of his characters, in particular his alter-ego Yunior, the irrepressible Jersey boy who populates most of the stories of love and loss in the new collection.

"You know my own experience with pain, with heartbreak or rejection, with cowardice, my own betraying other people with my own desire for things that are not exactly good for you … all of those things help us to understand our characters when we decide to build them up."

There is a casual abundance of intellect, as Diaz makes a lie of the common belief that using the f-word (or worse) in conversation makes you sound dumb. Granted, he also drops words such as "teleological" and "quotidian" into his arguments and anecdotes with ease. Yet he sees himself as a forever immigrant, and claims that speech remains a challenge.

"Every word I say in English, my mind is running fact checks on. I hear there are people who speak unconsciously; for me it is like this wonderful rumour," he says, standing with his coffee (sitting is painful, due to back problems). "Every English word that comes out of my mouth is being scanned for errors."

Diaz, 43, was born in Santo Domingo and moved with his family to New Jersey as a child. He is a self-described inveterate reader who became obsessive about it from the age of 7. He currently has three books on the go: Eduardo Bonilla-Silva's Racism without Racists ("a scholarly book which shows you how … nerdy I am"); Ruth Ozeki's upcoming novel A Tale for the Time Being – read from the galley; and, on his iPhone for whenever he has a spare moment, Moby-Dick. He began writing in university (he completed his undergrad at Rutgers and his MFA at Cornell), publishing his first short-story collection, Drown, in 1996. His debut novel, The Brief Wondrous Life of Oscar Wao, was awarded the Pulitzer Prize, the National Book Critics Circle Award and was named Time's No. 1 Fiction Book of 2007. Diaz, the immigrant, had arrived.

"It's extraordinary how prizes are able to alter someone's sort of artistic economy. Which is to say … regardless of my abilities, I was considered a writer who was playing small ball. I was writing about New Jersey, and I was writing about the Dominican Republic. It wasn't until I got the [Pulitzer] Prize where I suddenly became a national writer," he says. "That the majority of us are worthy of Pulitzers and are significant as artists is indisputable, but it's only at moments like the granting of a prize that you suddenly see how much talent is out there that's not being recognized. I think the only thing that's interesting about me is how … through a bunch of random events, you're given an award, you're pulled out of the crowd. But the reality is, the crowd without question is just as worthy, if not more."

Diaz was pulled out of the crowd again this year when he was named a MacArthur Fellow, which gives the recipient full freedom to do what they want with the money. Working out to about $62,000 a year after taxes for five years, Diaz calculates that it isn't enough for him to give up his job teaching creative writing at MIT. But it does give him some creative freedom and lifts the financial pressure of life as an artist. It may mean he can buy a home, and still continue to pay his mother's rent.

Diaz peppers his conversation with anecdotes (at least one unprintable) about his mother, an almost mythical maternal creature – again the result of confusion between Yunior and Diaz. But the lore of the reality can be just as delightful as the literary: how she stopped speaking to him for two years because he messed up his engagement to an ideal candidate for daughter-in-law; how his literary achievements do not register on her American Dream radar.

"It doesn't mean anything to her, because it doesn't translate. 'Cultural acclaim' doesn't translate. Which is to say, my mom looks at something called the Pulitzer and she's like, '[What's] that?' And then she hears that it was $10,000. She's like, '$6,000 after taxes and it took you 11 years to write the book?' She's like, 'You earned more on your paper route,'" he says. "In her mind, my sister's a big lawyer, with a big car and a nice house, and that makes a lot of sense to my mom. I'm 43 and my mom is like, 'You were so smart.' It's her lament."

While it took Diaz 11 years to write his novel, it took him 16 to complete the new collection. He writes a lot (beginning in longhand and moving to computer) and he throws away a lot. He says it can take him 1,000 drafts before he's satisfied. Not that there's any valour or superiority in that, he stresses.

"Part of why I'm re-reading Moby-Dick is Moby-Dick was written in six months," he says. "So anybody who [says] it takes longer to write good work, fuck that. There's no relationship between how fast or how slow we work…. I have to remind people of that all the time. For me to say it took 16 years is not a badge of honour. It's just the process."

In January, 2010, Junot Diaz wrote in The New Yorker (he is a regular contributor) that he was an Obama man all the way; that he had voted for him in 2008 and would again in 2012, albeit with "far less enthusiasm."

When asked about this on Wednesday, the morning after the second U.S. presidential debate (which Diaz did not see because he was reading at the Vancouver Writers Fest), Diaz said that sentiment stands. He says it's obviously hard to be President, but he believes Barack Obama has made many "questionable" decisions.

"Our country is so ... deranged that it's between a nightmare and a pain in the ass. That's how limited our options have become."

Junot Diaz is at the International Festival of Authors at Harbourfront Centre in Toronto on Oct. 19 and 20 (www.readings.org). 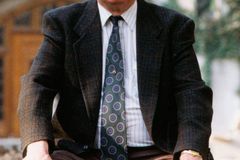 Book Review
Díaz's This is How You Lose Her breaks all the rules
September 21, 2012 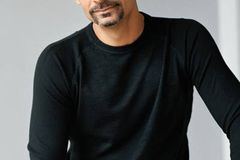 First-time novelist Diaz wins U.S. critics' award
March 8, 2008
Follow Marsha Lederman on Twitter @marshalederman
Report an error Editorial code of conduct
Due to technical reasons, we have temporarily removed commenting from our articles. We hope to have this fixed soon. Thank you for your patience. If you are looking to give feedback on our new site, please send it along to feedback@globeandmail.com. If you want to write a letter to the editor, please forward to letters@globeandmail.com.
Comments