Lawrence Hill became an A-list author with The Book of Negroes, his multiprize-winning novel about the journey of a young African woman who is captured by slave traders in the 18th century. This month, the beloved Canadian tome gets the television treatment, with a six-part CBC miniseries starting Jan. 7. Hill was a co-writer on the project. Here, he shares some of the secrets to his success – including why you should write what you don't know.

Don't sweat what you can't sway

I am not worried about whether the work I do for the rest of my life meets the success I had with The Book of Negroes. I tend to think about all of my writing as one large mural – The Book of Negroes is one piece of that, but I'm still adding to it. I don't need to think about one piece being better or worse than the other, I just want to keep adding to it as energetically as I can. I know everyone says it, but I do try not to spend much time worrying about things I can't control. I can control how well I feel I've written, so to that extent I can control my own quality – that's what I work toward. Obviously, I want my work to find readers and to be appreciated, but you can't really do anything to make that happen, aside from participating in marketing and promotion. The novel I wrote before Book of Negroes sold 8,000 copies over many years, so I was hoping that I maybe might be able to sell 10,000 or 12,000 and that would be amazing. At this point, in Canada 700,000 have been sold. Of course that's great, but it's not a goal you can work toward.

Creativity is a speed sport

I remember being in my first few weeks on the job at The Winnipeg Free Press. I'd come in from an assignment and my editors were expecting the story in an hour or two. I was panicking and going through all the information I had scribbled down in my notes and this senior reporter came over and said, 'Larry, for God's sake, stop thinking, just write.' I was nonplussed in the moment – it seemed the height of idiocy. But he was completely right. Today, I deal with writer's block by trying to go fast and not to let my inhibitions and my critical mind take over the explosive creative mind. By going fast, you don't allow that criticism to catch up, you just plow right over it and just keep on going, baby, and see where you get to. After you have a draft, you can go back and edit and change and cut and bring your intellect into it. There is an explosive, elemental aspect to writing that I try to capture in the first draft – just to let it rip and not worry about reactions. Going fast helps a great deal in terms of gaining access to your subconscious and just to let things come bubbling up.

Once I agreed to sell the rights to develop The Book of Negroes into a movie, the only question was whether I wanted to participate as a co-writer or just take the money and run. I did think long and hard on that and I decided on the former because it was the chance to develop a new skill and to get paid for it. I wasn't really worried about how my work would transform in the process – a TV series is something different and I was prepared for that. My reasoning was that I already had the novel, so even if it is a terrible miniseries and everyone declares it awful, the novel is still there. It still stands. I'm not saying I want that to happen – of course I want it to be well-received – but I just developed this attitude that there really wasn't much to lose. I was a journalist for many years and there was barely an article I wrote that wasn't changed fairly radically in the editing process, so I just kind of got used to that. If you have a fit every time some editor wants to change your words, you wouldn't survive. You have to learn that the world will go on if somebody changes your words. Sometimes they even improve. That helped a lot going from a novel where I had almost complete control to being one of the lower people in the hierarchy.

Write what you don't know

I used to support this idea that you 'write what you know.' You hear that advice given to young writers all the time and even to kids in school. It's one of the greatest disservices – even in elementary school, teachers ask students just back from holidays to write about what you did, what happened to you, what you know. What about what you imagine? The imagination is the richest tool you will ever have as a novelist and, really, as a person. Anybody can do research. To use your imagination is to use a gift of the gods. The imagination is really disrespected when you're telling people over and over to write what you know. This idea that what you experienced in your backyard when you were 15 is more significant or more real is just not true. For The Book of Negroes, I wrote from the voice of a teenage girl in the 18th century. Obviously, that involved a lot of research and the rest I imagined. 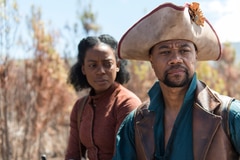 Can CanLit be funny? Rudy Wiebe thinks not
October 2, 2014 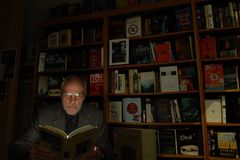