Future Pulitzer Prize-winner (for Maus) Art Spiegelman chain-smokes over a meal at a spot called Spaghettisburg, and tries to fix up two of his dinner companions. Peanuts creator Charles Schulz, at a wake, tells fellow cartoonists that he has trouble leaving his comfort zone; he really needs his own tools to draw. At the National Cartoonists Society's Reuben Awards gala, The Far Side's Gary Larson is spotted picking his nose. In Lee Henderson's new novel, set mostly in the comic-strip heyday of 1980s San Francisco, fictionalized versions of real-life cartoonists mingle with entirely fictitious ones, including his born-in-Canada protagonist, Wendy Ashbubble.

A native of Victoria, Wendy rises from obscurity to fame and fortune in San Francisco with her strip Strays – about lost pets and vermin living in an inner-city vacant lot – and drawn by Henderson himself for The Road Narrows as You Go.

"The way it started for me is just living out a vicarious dream that I had when I was a kid in the eighties to be a comic-strip artist," says Henderson, who still has pictures he drew at the age of two. "As soon as I knew that my next book would be about a comic-strip artist, [I had] the idea that I would learn how to draw them at a professional level. It was an ambition to take [on] something I did as a kid."

Henderson's desk, in the basement of his 1908-built Victoria home, is piled with his drawings. Nearby, there's an old photo album filled with Calvin and Hobbes strips he cut out of The Calgary Herald as a kid. On his bookshelves, Proust rubs shoulders with Spiegelman.

In his novel, Wendy and her fellow cartoonists are shaped and motivated by some of the dominant forces of the eighties: fraud on Wall Street, AIDS raging through the gay community, Ronald Reagan installed in the White House, paranoia around satanic ritual abuse of children.

Wendy, raised by a single mother in Victoria, believes the U.S. President is her father. She seeks therapy from another real-life character, the author of the repressed-memory bestseller Michelle Remembers (co-written by a Victoria psychiatrist and the patient who became his wife, Michelle Smith, and eventually widely debunked). Wendy's rise to fame – orchestrated by a sketchy Michael Milken-inspired, toupée-wearing Wall Street financier – may not be entirely kosher. But her Strays characters are everywhere – in toy stores, at the Macy's Thanksgiving Day Parade – and Wendy is enjoying the ride.

"I don't think I've ever read a novel about a Canadian trying to make it big in America, even though that's a trope, you know?" says Henderson. "The Canadian, the Jim Carrey guy who maybe even changes their name and puts aside their Canadian identity in order to make it big in a really fictitious American way. Become a Hollywood star.… I thought that's a great Canadian character."

Henderson worked on the novel for six years, writing numerous drafts and throwing much of that work out. Then in January he started a new draft, which he finished in mid-May. "And that's the book," he says. "I would say at least 75 or 80 per cent of it is just written this year." His comic strips appear throughout.

He also did the illustrations for his previous novel, The Man Game – simple yet evocative sketches of a nude-lumberjack wrestling game of his own invention (with moves such as "the Dirty Penny" and "Dip the Schnitzel") that he plunks into Vancouver's history. Before that, he published a short-story collection, The Broken Record Technique, with 10 quirky, well-crafted stories whose characters include a guy contemplating ways to save his marriage during a visit to the town's wave pool, and a boy with a football-shaped head who is shunned by his own family. With three books, Henderson has covered a lot of creative ground, realizing out-there worlds rooted in reality, each so different from the rest, but connected by a sense of superb weirdness and imagination.

"I think with art or with writing or whatever, if I have a lot of fears or lack of confidence in life, this is the one place where this is the flip of that – where I feel like I should, I must, try to be adventurous, have fun, do things differently and not be fearful. To not be conservative and wary," says Henderson, who turned 40 two days before our interview. "In life, I'm just so socially inept and quite nervous about things, but I seem to want to put that aside as best I can when I'm writing."

He says The Broken Record Technique, published in 2002, was written as "a response to overwhelming anxiety," which was "completely debilitating." He was unable to leave home much – couldn't go out to eat with friends, or to a movie. "I was really agoraphobic to an extreme degree."

He's explaining this over lunch at a Victoria restaurant, clearly healthy and frankly a charming, and not at all socially inept, companion. Now an associate professor of writing at the University of Victoria, he is able to get up in front of a class – or an authors' festival audience, for that matter. In fact he's better in person than on the phone. He's "really phobic of phones," he says.

In learning the craft of cartooning for this book, he sought out For Better or for Worse creator Lynn Johnston. But she wanted to talk by phone, and Henderson wanted to correspond by e-mail. "So it just stalled.… I'm way too shy to call Lynn Johnston like that."

In conversation, Henderson sounds at times like an old-fashioned comic book. "I still get the yips," he says about something he's uncomfortable with. He starts another sentence with "Sheesh."

He is an original, and so is his work. Yet none of Henderson's books has been published outside Canada. Last week in The Globe and Mail, acclaimed writer David Bezmozgis called The Man Game "an audaciously imagined book that didn't get nearly the attention it deserved." I couldn't agree more. Sure, it won the Vancouver Book Award and the Ethel Wilson Fiction Prize at the BC Book Prizes, and was short-listed for the Rogers Writers' Trust Fiction Prize. But the buzz never seemed to equal the thrilling originality of the work.

When I ask Henderson about thisover our sunny Victoria lunch, he is grateful for the compliment ("that's super nice of you to say"), and seems sincere when he says the way a book of his performs is beyond his scope or concern. "I just feel grateful that it was published," he says about The Man Game. "It's such a strange book."

Book Review
Ellen in Pieces: A funny, imperfect novel that examines the wake of one woman’s tempestuous life
September 19, 2014 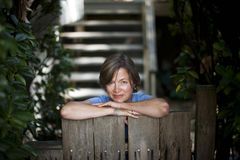 Ben Lerner: ‘Writing is a bizarre Ouija-board-like experience for me’
September 19, 2014 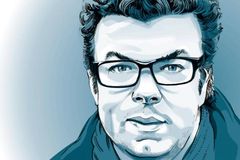 Book Review
Naomi Klein’s This Changes Everything: A convincing case that global warming is the defining issue of our era
September 19, 2014 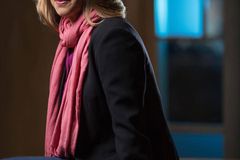