Liam Durcan is the author of two previous books: the short-story collection A Short Journey by Car, published in 2004, and Garcia's Heart, a novel, which came out in 2007. His second novel, The Measure of Darkness, about an architect who struggles with his career after emerging from a coma, was published this month. Durcan, who lives in Montreal, works as a neurologist at McGill University.

I wrote my new book because I thought there was a story that I needed to tell, perhaps just for myself. Martin Fallon, the protagonist of The Measure of Darkness awakens from an accident with neglect, a syndrome where a person has lost awareness of the existence of things on the left side of their body and visual world, and I hadn't found a fictional narrative of a person with neglect that I felt was convincing or compelling, and I thought that this wasn't just a technical challenge, but something worthwhile for me to consider as a doctor, at least to get me thinking about the possible experiences these patients have. The more I thought about a narrative from this point of view, the more I realized that if I were to do justice to the experience, the story would have to be fairly uncompromising, that it would be taking on the challenges of what the reader would consider to be an unreliable narrator, and that the peculiarities of this type of deficit wouldn't allow him the default sympathies of the reader like most illness narratives. I didn't mind trying to create a character who, despite his illness, didn't have the sympathies of the reader from the outset because I tend to be unsatisfied with conventional fictional narratives of illness such as this, they have always seemed a little empty to me. The reader's goodwill seems unearned and a little taken for granted. Because of his deficit, my protagonist would be obsessed and perplexed, not the lovable and easily patronized victim of his illness. He wouldn't be sympathetic, but he could still be compelling – he would need to be pretty damn compelling. Those sorts of demands pushed the story in a number of directions that I couldn't have predicted when I set out, and I really valued that.

No contest: "Unless." "Unless" is the passkey into the conditional tense, away from slogans and cant and into the ambiguities of language and complexities of fiction. "Unless" opens up the possibilities of a thought and sentence and a story. Doubt and balance and contingencies – all the things I value as a reader and a write – are made possible by the word. If I am not writing the word "unless," I am thinking it.

Which book do you think is under-appreciated?

The Year of the Death of Ricardo Reis by Jose Saramago. This book is Saramago's masterpiece: dense, spectral, beautiful and utterly humane. People read Blindness and give up on Saramago, never finding this gem.

The Great Gatsby, The War against Cliché by Martin Amis, Localization in Clinical Neurology by Paul W. Brazis.

Nigeria wins by a wide margin. Chinua Achebe (Things Fall Apart), Ben Okri (The Famished Road) and Chimamanda Ngozi Adichie (The Thing Around Your Neck) are great starting points for anyone interested in Nigerian, or just great, literature. 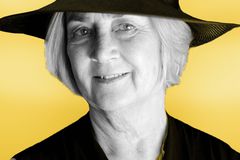 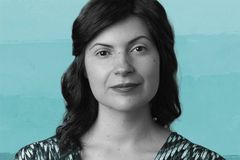 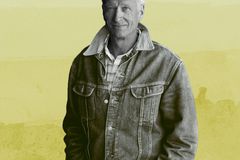