Lisa See is the author of several bestselling novels, including Snow Flower and the Secret Fan, Dreams of Joy and China Dolls, as well as On Gold Mountain, a family history. Her newest novel, The Tea Girl of Hummingbird Lane, was recently published by Scribner.

My initial inspiration for The Tea Girl of Hummingbird Lane came when I was walking to a movie theatre with my husband. I saw an older white couple with their teenaged adopted Chinese daughter. She had a ponytail that was swinging back and forth, and I thought she was like a fox spirit in that family. Fox spirits can be mischievous, but they can also bring great blessings. As I watched that particular threesome, I thought she was like a gift that had turned two people into a family. That's when I knew I wanted to write about the one-child policy and transnational adoption. A month or so later, I was invited to a presentation about Pu-erh tea. The history of the tea was so fascinating – and it tasted so remarkable – that I knew I needed to write about it. Tea is the second-most popular drink in the world after water, but Pu-erh is in a rarified category. A couple of years ago, a single small cake of Pu'erh sold at auction for the equivalent of $150,000! That seemed amazing and mysterious to me, and I wanted to find out more.

A lot of time periods sound fascinating – the Renaissance, for example – but life was so precarious and short in the deep past to be that attractive to me. I think it would have been fun to have been about 20 years old during the height of the 1960s. I was alive, but too young to fully enjoy it. I imagine myself dressed in my best tie-dyed outfit, driving along in my VW bus filled with my friends, music blasting, on our way to Woodstock.

What question do you wish people would ask about your work [that they don't ask]?

'Why did you write about Yunnan and the Akha ethnic minority?' The simple answer is that I was entranced and captivated. Yunnan is considered to be a global biodiversity hot spot. That single province has more varieties of plant life than the rest of the Northern Hemisphere combined and more species of animals than in the rest of China. That biodiversity also applies to human beings. China is home to 55 ethnic minorities, of which 26 live in Yunnan. One of them is the Akha. They have their own traditions, language and style of dress. Some of their customs may seem primitive and harsh, but I hope through my writing I'm able to put those in the context of Akha life so that they seem logical – and necessary – within their world.

When I was in high school, I went through a pretty dark spell. During lunch, I hid in the library, where I slowly read The Grapes of Wrath by John Steinbeck. The Joads were going through much tougher times than I was, and they gave me courage and strength to move forward.

What's more important: the beginning of a book or the end?

Most people would say the beginning, because you're supposed to hook the reader. For me, whether as a reader or writer, I much prefer the ending. As a reader, I want to have been transported and be able to carry that feeling with me. As a writer, I want to create characters whose lives and emotions feel so real that they stay in my readers' hearts long after the pages of the book are closed. 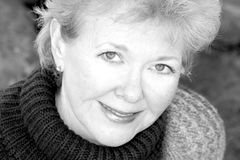 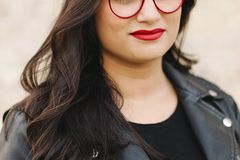