Madeleine Thien is the author of a short-story collection, Simple Recipes, as well as two novels: Certainty, which won the Amazon.ca First Novel Award, and Dogs at the Perimeter. Her work has been translated into 25 languages and her writing has appeared in publications ranging from Granta to The Guardian. Originally from Vancouver and now living in Montreal, Thien recently published her third novel, Do Not Say We Have Nothing.

I wanted to tell a story in the hope that I could create, for others, a novel that had enchantment, song and meaning. I was also thinking about this phrase, ji yi, which has two meanings: "to recall, record" and "art." I had this image of art, all kinds of art, as a book of records, an alternate history when the official record, in this case contemporary Chinese history, has been compromised. Art as a form of safekeeping.

I think novelists end up confronting the fact that all people are capable of all things. People are stubborn and smart; there's beauty in us, but also an unforgiving, cruel quality to our appetites. Each of us has the capacity to create and destroy worlds – on a large geographic scale, but also on a personal and intimate one. Haruki Muramaki has a line that stays with me like a warning: "That a person can, just by living, damage another human being beyond repair."

The novels of Shirley Hazzard: The Transit of Venus, The Great Fire. Her work is difficult and deeply, provocatively intelligent. A few years ago, I would have said James Baldwin was underappreciated, but I think this has changed. For me, Baldwin remains the great observer, chronicler and critic of American life.

All Souls Day, by the Dutch writer Cees Nooteboom. I was in the middle of reading its last pages when I was told that my mother had passed away – a sudden death. The novel is about grief and cities, and the dimensions of aftermath. I will always return to this novel. It brings me back to that moment and holds it; and, simultaneously, leads me away from it. It's a generous novel that wants its readers to keep noticing things, to keep being redrawn by the world. I often return to Ma Jian's Red Dust, Dostoyevsky's Crime and Punishment, Alice Munro's stories The Jack Randa Hotel and Friend of My Youth, and Nooteboom's The Foxes Come at Night. I think a great work is a genuinely living thing.

The non-English-speaking world. We translate so very little, and this closed-door policy of Anglo-American literature is the equivalent of thinking we can live well off a single root vegetable. Only 5 per cent of the world lives in North America. I think our minds are thirsty for more. Recently, I've been thinking about Han Kang, Bohumil Hrabal, Rithy Panh, Raduan Nassar, Jenny Erpenbeck, Shen Congwen, Ko Un, Mikhail Bakhtin, Wang Wei, Hakan Gunday and others. The richness of thought available to us is one of the great wonders of living in this time.

Taras Grescoe: ‘This is not time for heeding patriarchs’ 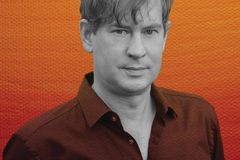 Chris Cleave: ‘A sentence is the most beautifully human thing’ 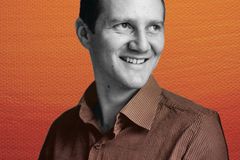 James Patterson: ‘It was a desire to prove him wrong that helped spur me forward’