When Margaret Atwood is recognized at the Canadian Screen Awards on Sunday for her commitment to the growth of the Canadian media industry, she will use that platform to promote something she has been working on for many months – not a book or a television project, but a collaboration that might surprise some of her recent critics.

CanLit has experienced deep divisions since the November, 2016, posting of the UBC Accountable open letter, which called for due process for fired University of British Columbia Creative Writing Program chair Steven Galloway. (Galloway lost his job at UBC after allegations of sexual assault and harassment were made against him; he says he was having an affair with the main complainant in the case; she says her complaint was not about a consensual relationship.) On social media, some people have been highly critical of the people who signed that letter, one of whom is Atwood.

But behind the scenes, women on opposite sides of the argument have been talking quietly among themselves. Atwood, novelist Susan Swan (another signatory) and UBC Creative Writing graduate student Meghan Bell (a critic of the open letter) have been discussing ways to support people bringing forward a claim of sexual assault. They listened to students and came up with a plan: a fund to cover living expenses, including counselling, for claimants – students in particular – for three months leading up to and including the hearing.

"We were told [that] was a big disincentive to people doing it," Atwood told The Globe and Mail this week.

There were challenges starting a new fund, but through a series of coincidences (one of which happened as a result of Atwood's advocacy for the gender-neutral O Canada), a fund that was already being established came to their attention, and they decided to merge their efforts with theirs, rather than starting from scratch.

This week, the group AFTERMETOO and the Canadian Women's Foundation announced a new fund to address a sizeable increase in demand on sexual-assault and harassment-support services in Canada. The AFTERMETOO Fund will support organizations that provide mental-health services, hospital and court accompaniment and long-term counselling. The goal is to raise $7-million.

Atwood will make a sizable personal donation – $25,000 initially plus another $25,000 once they establish a specific plank to support students. She will also donate the proceeds from two upcoming fundraisers – the Young Women in Law Charity Gala in Toronto and a second one in the United States. Swan will make a donation that matches her yearly Public Lending Rights cheque.

The fund was one of the recommendations in the report which came out of the AFTERMETOO Symposium held in December in Toronto (in partnership with The Globe and Mail).

Indigenous writer and activist Alicia Elliott is also separately raising money to help claimants – in particular those who have been threatened with legal action. She has started a crowdfunding campaign, which, as of Friday, had raised more than $3,000 of the $5,000 goal.

"I was just mostly angry because to me it seemed so obvious that the libel laws in Canada are being weaponized against women who want to speak out about abuse or sexual assault that they've experienced and they can't because they're hit with cease-and-desist letters," says Elliott, who is Tuscarora and lives in Brantford, Ont. She has also been critical of the UBC Accountable open letter and its signatories.

Swan, who has taken heat for signing the letter, wants to focus on a solution. "We are trying to do something constructive to move away from these entrenched positions and doing something constructive that would benefit university students," she says. "In a way it's an outcome of the Galloway situation, but it's not revolving around that … It's an attempt to move forward."

The perhaps unlikely multigenerational triumvirate began with the open letter; Bell was publicly critical and Swan reached out to her about it.

"It started as a debate and it quickly became a friendship, because honestly she was kind and she was open to discussing and she would listen," says Bell, who is also publisher of the feminist literary magazine Room.

Bell also had discussions with Atwood – including critiquing Atwood's controversial bad-feminist essay published in The Globe in January. Bell says Atwood rolls with the criticism, doesn't get defensive, has been friendly and respectful – and also charming and offbeat.

"She sent me a JibJab card on my birthday," says Bell, who turned 30 in February.

Atwood, 78, and Swan, 72, have been speaking with other students too, not just at UBC; one student who was involved in a rape case suggested the living expenses fund. They all felt it was a good idea.

Atwood did not want to address the open-letter situation until the arbitration process between Galloway and UBC has been completed; the UBC Faculty Association is grieving his termination.

"I think the idea is crucial and that's the big change," added Swan, also a long-time feminist. "There's something really exhilarating about seeing women of all generations doing boots-on-the-ground feminism; it thrills me."

Opinion
Twitterature: Wading into the choppy waters of CanLit
February 2, 2018 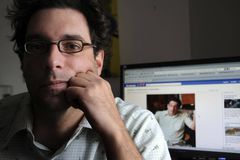 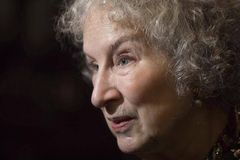