Mary Novik loves the past: her first novel, Conceit, was told from the perspective of poet John Donne's daughter, Pegge; her new book, Muse, takes up the tale of Solange Le Blanc, the woman who inspired some of Petrarch's finest verse. Here, in the present, Novik reflects on the influences that shaped her as a writer.

My heroes were Canadian novelists who were fearless in tackling risky subjects, writers like Robertson Davies, Timothy Findley and Audrey Thomas, as well as Atwood, Munro, Laurence and Richler. In the 1970s, their literary novels were bestsellers in Canada. This puzzled an American writer I knew. "How do you manage that?" she asked. "We can never do that down here."

Not consciously, but sure, I was influenced by what I was reading. My son said, after reading an early draft of Conceit, "Mom, you're not Michael Ondaatje!" This was particularly exasperating because at the time I was trying to be Ondaatje. I had to get over it. Fast. I admired the way Ondaatje used historical subjects in a totally new way. I was also crazy about Robertson Davies. He tackled big universal themes and wrote about low subjects in high, campy style. I loved that. It was very freeing to think that a novelist could entertain and be serious at the same time.

How did you forge a distinct voice? How did you escape their influence?

I was more likely to drown in a sea of voices than to imitate a single one. My novels pay tribute to great authors, while having fun with the whole literary tradition. Muse riffs on Francesco Petrarch's muse, suggesting she wasn't Laura, but the woman who bore his children, an intellectual courtesan who later slept with the Pope.

Books written by stylists like James Joyce, Virginia Woolf, Arundhati Roy and Ondaatje, because they can only be admired, not imitated. But generally, writers – young and old – should read more widely, not less, and they should experiment more with point of view. Look at the amazing risks Anakana Schofield takes with point of view in Malarky.

Which perhaps unexpected books share a commonality with Muse ? What would you think of as its distant cousins?

I would like to believe there is some family resemblance between Muse and Annabel Lyon's novels about Aristotle and his daughter, The Golden Mean and The Sweet Girl. She pays tribute to Aristotle by immersing herself in his writing, as I do with Petrarch in Muse and Donne in Conceit. I think we both see ourselves as writers of novels set in the past, not historical novelists.

Which authors do you think are most influential today?

Margaret Laurence's. Her sentences are natural and appear effortless, but all the words are exact and in exactly the right place. That takes both talent and work.

Yes, I read less fiction when I'm writing and veer away from historical novels. Instead, I root around in letters, journals, art, and maps from the time, for instance 14th-century Avignon, hoping to hit upon some quirky fact that will inspire new ideas. It's a slow, organic process of thinking, writing, thinking, rewriting.

This interview, conducted by Globe Books, has been condensed and edited. 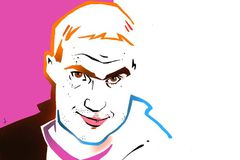 Kelley Armstrong: ‘Fantasy is the fuel for my passion’
September 18, 2013 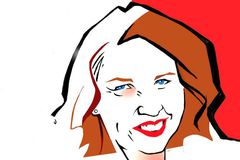 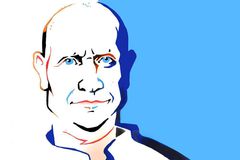 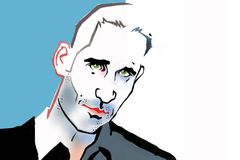