At just 32 years old, Jon Klassen is one of the most successful Canadian authors ever, selling more than a million copies of his uncanny picture books. Mark Medley goes inside the sinister yet comforting world of a singular talent 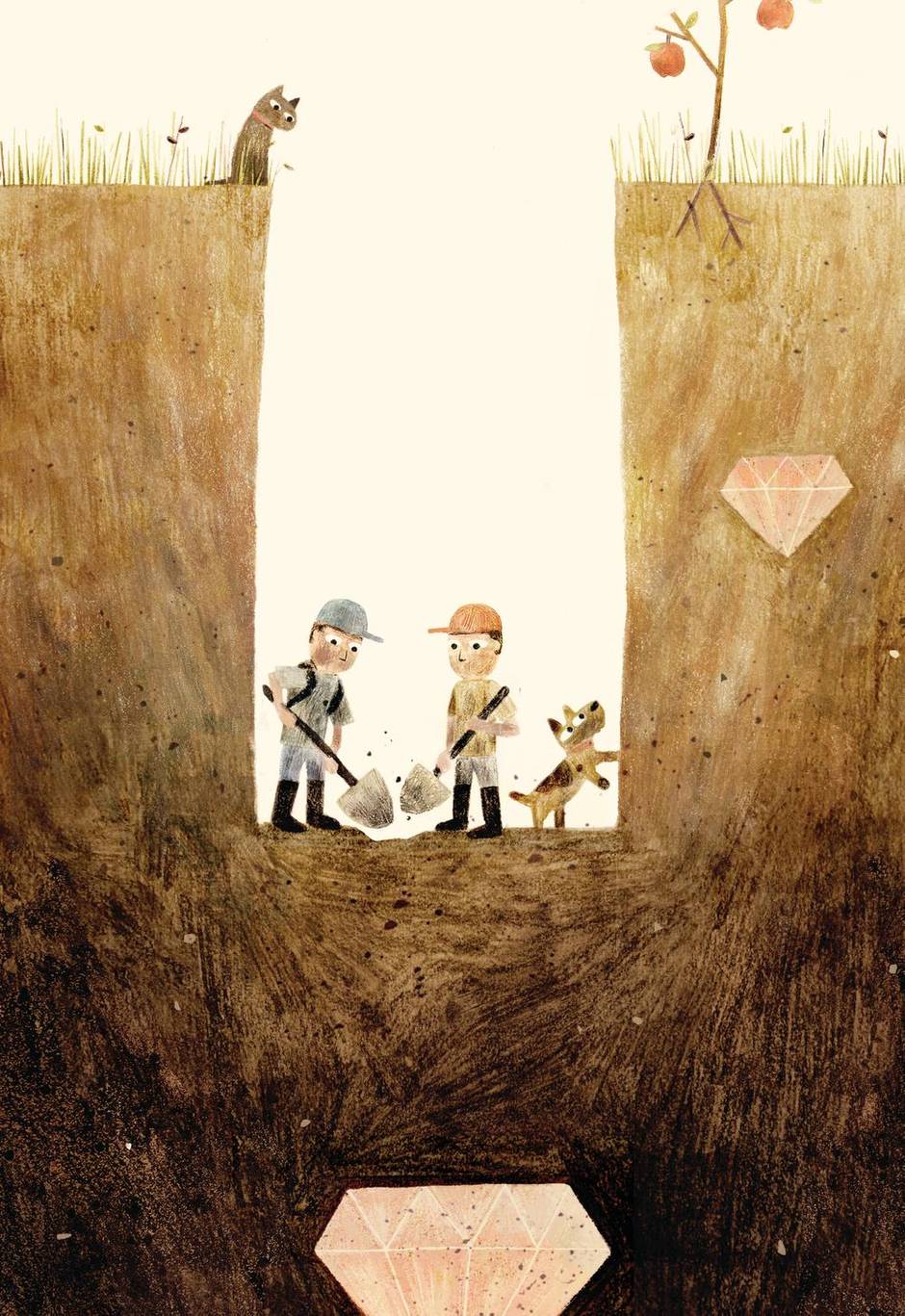 Jon Klassen’s newest book is dedicated to St. Davids, a village just south of Niagara-on-the-Lake, Ont., where his father was raised and where his parents now live. As a child he spent many weeks here visiting his paternal grandparents, who lived in a tiny wartime house across from a vacant, overgrown field. Along with his two younger brothers, Klassen spent countless hours in this field, among the grass and the dirt and the shrubs, digging holes.

There is something about children – boys, especially – and digging holes. Perhaps it hints at an emerging sense of discovery, of curiosity, the realization that life exists under your feet and all you have to do to uncover it is dig. Maybe boys just like dirt. In any case, afterward they would cover the holes with boards, camouflage them with grass, and head back to the house. “It was more just knowing that you knew, and no one else knew, that there was this hole,” Klassen says. “It was just your secret. It was your place.”

Klassen’s grandparents had raised five children, and it was at their house where he was introduced to the work of P.D. Eastman and Dr. Seuss and other authors and illustrators from the golden age of picture books who would have a profound influence on his own work many years later.

“They just had shelves and shelves of them, and I would just sit in my dad’s old room and pore over these books,” he recalls. “It’s still a large part of why I like making books, and my affection for them in general.” It’s a feeling he tries to capture every time he begins a new project. “You always want to make a book that would fit on that shelf.”

In a little over four years, Klassen has added seven books to that shelf; his latest, Sam & Dave Dig a Hole, comes out next week. In the process he’s established himself as one of the most popular and sought-after children’s book illustrators working today, and part of a new vanguard of Canadian artists, including Isabelle Arsenault and Julie Morstad, who have found fans in both kids and their parents. Last year his book This Is Not My Hat was awarded the Caldecott Medal, possibly the most prestigious prize for picture books in the world, making him the first-ever Canadian to win an award that has gone to the likes of Maurice Sendak and Barbara Cooney during its 77-year-history. That same year his book Extra Yarn received a Caldecott Honor. (This happened once before, in 1947; imagine Margaret Atwood not only winning the Giller Prize, but also having a second novel on the shortlist.)

Earlier this year Klassen won Britain’s Kate Greenaway Medal for This Is Not My Hat, the first Canadian to do so. (Once again, he had a second book on the shortlist.) His work has been published in 22 countries, I Want My Hat Back and This Is Not My Hat have together sold more than a million copies, and his books have spent more than 100 weeks on The New York Times picture-book bestseller list.

“He is seen as this once-in-a-generation talent,” says his agent, Steven Malk. “If you look back at kids books, there’s people, every once in a while – Maurice Sendak, Shel Silverstein, Dr. Seuss, Chris Van Allsburg – who come along and are watershed moments in the history of picture books. And at the risk of being presumptuous, I think that’s what Jon’s doing. I think he’s changing the picture-book conversation.”

His is a world of kleptomaniacal fish and vengeance-seeking bears, of dark basements and magical boxes. His work conjures up a vision of childhood that is both recognizable and wholly his own, comforting and sinister at the same time. It’s fitting that he was born in Winnipeg (though he moved to Markham, Ont., at a young age, and attended high school in Niagara Falls), as it often seems like Klassen is a lost member of the Royal Art Lodge, his work echoing the uncanniness of someone like artists Marcel Dzama or Neil Farber. 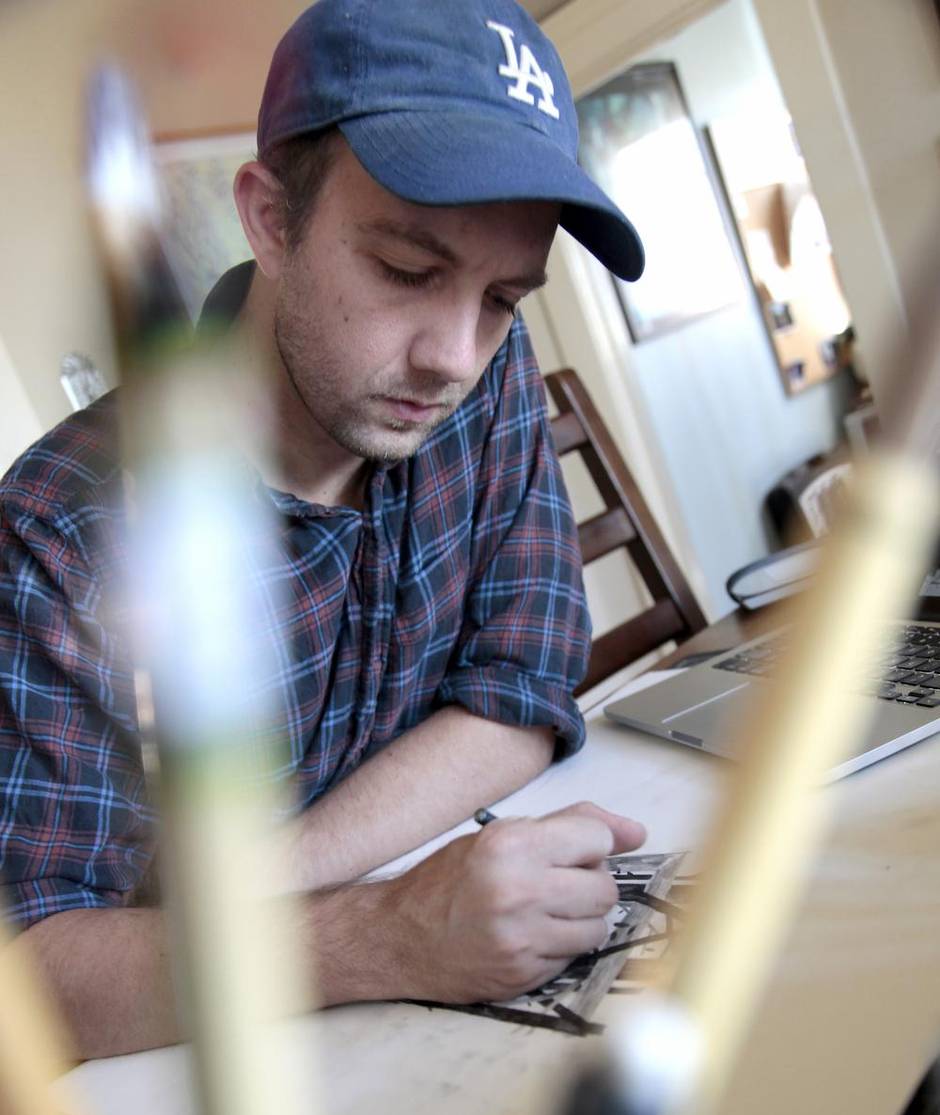 Canadian illustrator, Jon Klassen, works on a personal piece at his home in the Silver Lake area of Los Angeles. (Jill Connelly for The Globe and Mail)

Klassen’s editor at Candlewick Press, Liz Bicknell, calls his illustrations “deceptively folkloric. Even though it seems simple there’s an incredible sophistication to what he does.” His friend and collaborator, Mac Barnett, says Klassen’s work “feels remembered rather than created.” Graphic novelist Emily Carroll, his former roommate and classmate at Sheridan College in Oakville, Ont., where Klassen studied animation, describes his books as “elegant, classical children’s work that really brings to mind the more artistic books that I read as a kid.

“They don’t speak down to kids,” Carroll says. “They’re very good in that they have this grim darkness to them, without being scary stories. They’re almost like black comedies for children. The stories are grim – the characters get eaten and killed throughout them!”

Yet they are also very moral books, almost Old Testament-like in how they confront issues of fairness and ownership, responsibility and punishment. I Want My Hat Back, published in 2011, follows a bear on the hunt for his beloved missing cap; its 2012 sequel concerns a lippy minnow who has purloined a blue bowler from a much-larger fish. In both cases, the thieves meet unfortunate endings.

The books, says Bicknell, appeal to children’s strong sense of justice – on the playground, there are consequences if you steal a hat. Therefore, it goes without saying that if a rabbit takes a bear’s hat, the rabbit will likely be eaten. Notes Bicknell: “They haven’t been universally loved – there was one Amazon reviewer who commented that I Want My Hat Back was ‘like a return to sharia law.’”

Klassen, with whom I sat down one afternoon late in the summer, doesn’t seem like the revenge-seeking type. “I hope they don’t speak of a hurt person,” he says of his books. “There is something about certain people who make things for kids when you can tell the person making them has got troubles.” He mentions Sendak. “When I was a kid I didn’t like his books because he wasn’t holding anything back. He wasn’t lying about anything. It was just like, ‘The world is hard.’” 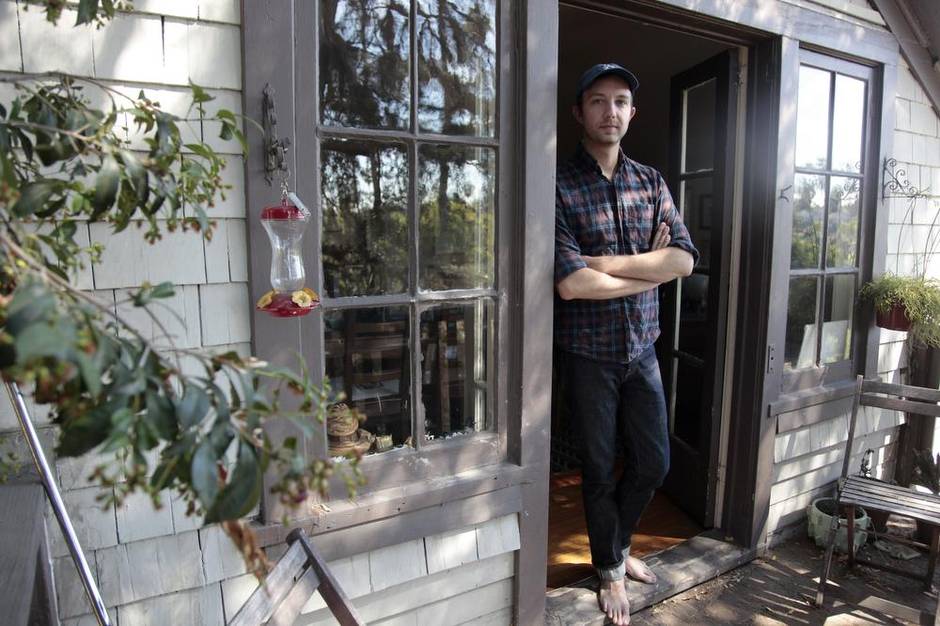 (Jill Connelly for The Globe and Mail)

We spent much of the interview talking about the picture books and animated films we adored as children. It was how he bonded with Barnett, Sam & Dave Dig a Hole’s author, when they met at a party years ago. By that time Klassen was living in Los Angeles, working in film. (He still lives there with his wife, and was sporting a Dodgers cap during our first meeting.) His first picture book, 2010’s Cats’ Night Out, written by Caroline Stutson, earned him a Governor-General’s Literary Award for illustration. He was soon working on books full time.

“Even though I didn’t know what I was doing, I was really enjoying it,” he says. “I was like, ‘You can do almost anything with this!’ Coming from animation, where you have to have meetings over the look of a chair or something, all of a sudden I was drawing whole scenes and I wasn’t checking with anybody.

“It wasn’t necessarily an anti-authority thing,” he says, though the lack of rules was appealing. “There’s very little that picture books have to do, rule-wise. So all this stuff is acceptable. It doesn’t look like you don’t know what you’re doing, because it can be anything, more so than almost any other form that I know of. You can get away with almost anything.”

This is the case with Sam & Dave, a Twilight Zone episode in picture-book form. Originally cooked up by Klassen and Barnett over breakfast, the story chronicles two brothers in search of “something spectacular” in the ground beneath their backyard. “The tradition of picture books is a tradition of experimentation,” says Barnett. “That’s what Jon and I embrace.”

For example, Barnett’s text mimics the brothers’ downward journey. When the pair split up to cover more ground, the text branches off in two directions; in the climactic scene, when the earth gives way, the text echoes their free fall. In an e-mail, Daniel Handler, who writes for children as Lemony Snicket, and who collaborated with Klassen on their 2013 book The Dark, says “Klassen thinks very hard about visual storytelling and structure – he is as careful with sight lines, colouration and the design of the page as he is with the images themselves.”

As for the images, Klassen traded in his usual ink for pencil crayons, which reminded him of the tools he used as a kid – the Laurentien coloured pencils that are a staple of elementary-school students everywhere. He admits to splurging on a professional set of Prismacolor coloured pencils. In retrospect, he figures the Laurentiens would have sufficed.

“I probably only ended up using four or five colours, anyway,” he says. “It’s mostly dirt.”