Montreal writer Merrily Weisbord was like a lot of other middle-aged people with grown children looking to expand their horizons, to escape a previously confined existence, and, as she says, "open out to the larger world." Like a lot of others, she thought she'd travel.

But there are not so many who would have taken the next step she did. After discovering almost by accident the work of Kamala Das, a celebrated writer from the southern Indian state of Kerala, Weisbord boarded a plane and threw herself into the woman's life as an instant, insistent amanuensis and confidante - a monumental act of chutzpah that more than a decade later yielded an extraordinary result.

Nominated for the 2010 Writers' Trust Non-Fiction Prize, Weisbord's The Love Queen of Malabar: Memoir of a Friendship with Kamala Das is not only an intimate portrait of a remarkable figure whom every reader will recognize as a great writer. It is also a truly original example of the cross-cultural adventuring - typically with an Asian focus - that has become so unexpectedly common in Canadian literature.

Like Steven Heighton boldly imagining Tibet in Every Lost Country, Camilla Gibb penetrating Vietnam in The Beauty of Humanity Movement, Miguel Syjuco romping through the Philippines in Ilustrado, or Katharine Govier sketching 19th-century Japan in The Ghost Brush, Weisbord pries open a hermetic Asian culture and exposes it to broad view with real understanding and style.

The difference is that the story of Kamala Das, who died last year at the age of 75, is true, and none of Weisbord's novelist colleagues (with the possible exception of Syjuco, whose fictional hero Crispin Salvador is analogous to the notorious Das) would dare make it up.

Scion of an aristocratic Hindu family of the matrilineal Nair caste, Das was a flamboyant, one-woman sexual revolution whose stories, poems, journalism and politics attacked every taboo of a hyperconservative culture with its open embrace of love and its frank treatment of sexual abuse. Although known to critics and once bruited for the Nobel Prize, Das explodes onto the pages of The Love Queen of Malabar (that is how she was known to the tabloid press of Kerala) with a vitality that will shock newcomers to her cult.

"She was beguiling and enthralling and totally captivating," says Weisbord, who captured Das's conversational brilliance with hundreds of hours of recordings. "The salon in her receiving room was always full of people who would just sit and listen to her tell stories. She had an almost magical ability to suss out people, to understand them profoundly and engage them."

Das was also, according to Weisbord, "the most courageous woman I've ever met," a quality demonstrated throughout her career and again in Weisbord's book, which climaxes with her friend's late-life conversion to Islam.

With her Cochin salon suddenly crammed with bodyguards, and an ailing Das struggling to mediate the demands of the Islamic terrorists who rushed to embrace her and the outraged Hindu nationalists who threatened to kill her, India's most famous feminist confessed to Weisbord that she did it all for love - to become the wife of a Muslim man with whom she was infatuated.

Weisbord worries that such intimate revelations will cause "an uproar" in India when the book is published there later this year, especially among family members from whom Das had shielded the true nature of an abusive marriage. Western readers will be amazed to discover how little physical love this celebrated sexual liberator actually experienced throughout most of her tumultuous life. "She was absolutely less experienced in genital sex than people would have thought," Weisbord says, but a genius at expressing "the emotions of love and desire and longing, the nuances and the enticements, the smells and feelings."

As the friendship between the two women blossoms, with Das twice returning Weisbord's regular visits to Cochin, staying in the warm nest of the author's extended family in the Laurentians, an unexpected interplay occurs. Genuinely mourning an earlier abusive, homosexual husband, Das questions Weisbord's own common-law relationship, inspiring the author to seek greater security for herself. The author's liberalism simultaneously cuts the other way, its influence evident in the final, bizarre melodrama of the Love Queen's life: her conversion to Islam in pursuit of the sexual satisfaction she had previously been robbed of.

So is the book, a labour of love that began in the 1990s and was deliberately withheld from publication until after Das's death. Several publishers and agents rejected the manuscript while Weisbord supported herself with income from a more businesslike project: Dogs with Jobs, a book turned television series that has been broadcast in 57 countries. There was no enthusiasm for a non-fiction work that publishers "damned as a mixed-genre book," according to the author.

If she was less original or less determined, Weisbord could always have written a novel. But few novelists exploring similar exotic cultures these days produce work of such high literary quality as The Love Queen of Malabar.

The Love Queen of Malabar: Memoir of a Friendship with Kamala Das, by Merrily Weisbord
November 19, 2010 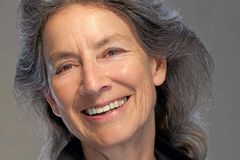